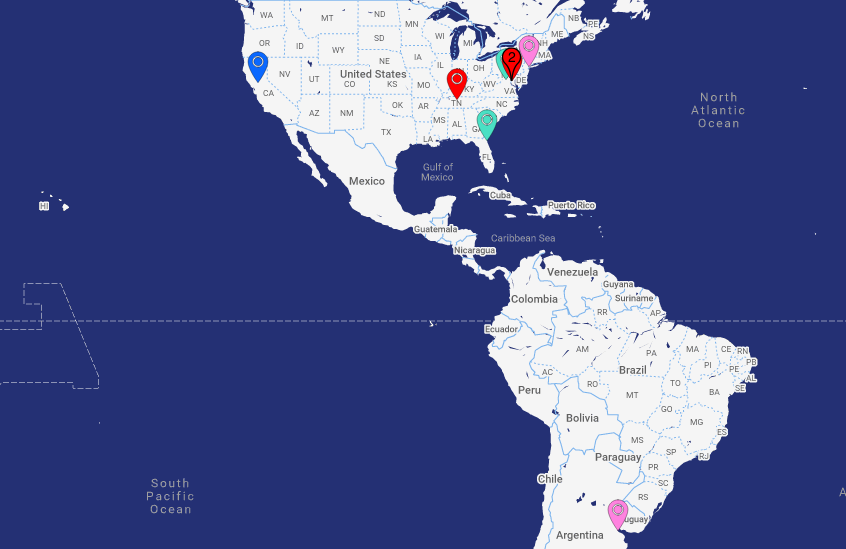 Early this May, Ginsburg traveled to Buenos Aires for the 14th Biennial Conference of the International Association of Women Judges, where she participated in a two-hour conversation with 15 other female judges from across the globe, entitled “Building Bridges Between and Among Women Judges.”

The following day, Ginsburg was back in Washington, D.C., giving remarks at the Federal Judges Association’s Ninth Quadrennial Conference. According to Marcia Coyle of the National Law Journal (registration required), the justice spoke favorably of the new law-clerk hiring plan (which Justice Elena Kagan had also indicated during an April 30 appearance in Chicago that she would take into account). 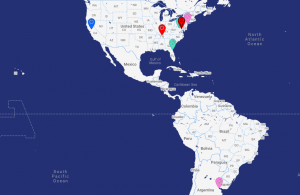 The following week, Thomas delivered the commencement speech at Christendom College on May 12, describing himself as a “pilgrim who wants nothing more than your pilgrimage to be more fruitful and more beneficial and more Christ-centered than mine was.”

Thomas spoke about his years away from and eventual return to the Roman Catholic Church, urging the graduates to use their faith as a compass in a chaotic, fast-changing world:

In an increasingly secular and nihilistic world, you will be faced with man-made panaceas. I think each generation pinballs between its own panaceas. For us, we have had integration. We had quotas and mandatory school busing to solve racial problems, urban renewal and housing projects to solve urban problems. Psychedelic drugs were to be mind-expanding. We went from global cooling to global warming to climate change. I doubt that the world of your lives will be less cluttered with changes, conflicts, and man-made solutions. Nor do I doubt that it will be fraught with its share of confusions and complications. Neither I nor anyone in this room knows exactly what will confront you or exactly what the world will look like for you all.

Thomas’ skepticism about the promises of progress without faith was a recurring theme in his speech. “It seems that in this increasingly secular world, man sees himself as the master of the universe. There seems to be this notion that if we put our resources and our minds to it, we can do just about anything and solve just about any problem. With more research, the most challenging and awful diseases can be understood and cured. Didn’t we, after all, cure polio and tuberculosis, which were terrifying during my youth? And man is powerful enough to destroy the earth and change the climate. Who needs God? Who cares about the church?”

Thomas reminded the audience that he had tried life without faith, calling it an “abyss”:

This world will tug at you and attempt to divert you. Somehow, you must stay the course. God will provide a way, give you the strength and grace to endure and overcome your failures… There will be those who will confidently tell you that there is a new, more modern, and fun-filled, thrilling way to live life, without the constraints of conscience and faith. They will suggest that the old-fashioned ways are passé, in the era of smartphones, iPads, and iCloud. They will say that we are smarter with the internet and artificial intelligence, but these technological conveniences are not transcendent, not divine, and not God… Google Maps may get you from one place to another, but only God will show you the way to that peace which passes understanding.

Thomas was also honored with the college’s Pro Deo et Patria Award. Video of the speech is available online, while coverage comes from the Arlington Catholic Herald and Christendom College.

On May 17, Justice Elena Kagan spoke at the Sixth Circuit Judicial Conference, held in Nashville this year. Four days later, Kagan was back in Washington, sharing the stage with Paul Clement at the American Law Institute’s Annual Meeting. This blog’s Andrew Hamm reported on the May 21 event.

On the same day, Chief Justice John Roberts presented Ginsburg with the ALI’s Henry J. Friendly Medal. Roberts noted that his colleague shared many attributes with Judge Friendly, for whom Roberts clerked on the U.S. Court of Appeals for the 2nd Circuit. In the chief justice’s estimation, Ginsburg is “equal parts careful scholar and evenhanded jurist,” “a friend who, like Judge Friendly, makes all of us better at our common calling,” and “a woman who keeps unusually late working hours, a judge who works quickly, routinely issuing the Court’s first or second opinions every term–even when the Chief Justice assigns her a difficult case to try to avoid having everyone else appear slow by comparison–and a cultural icon who knows much about music, nothing about football, and more than is reasonable about jabots.”

Roberts then quipped, “I am very happy to have the opportunity to participate in this effort to increase your public profile,” drawing a knowing laugh from the crowd.

In her acceptance speech, Ginsburg returned the compliment. “Receiving the Henry J. Friendly Medal is a huge honor, and receiving it from my Chief is a pleasure beyond measure.”

After speaking about her admiration for Friendly, Ginsburg turned to one of her favorite topics these days, the threat that partisanship poses to the federal judiciary:

When my dear friend Justice Scalia was nominated in 1986, the vote for his confirmation was unanimous. Seven years later, when I was nominated, the vote was 96-3. Not one question was asked about my affiliation with the ACLU… It has not been that way for more recent appointees. The Chief and Justice Alito drew negative votes from a number of Senate Democrats–votes that would have been cast for them had merit been the principal criterion. The same partisanship continued–this time by Republicans–for the nominations of Justice Sotomayor and Justice Kagan. My hope is that one fine day, our Congress will return to the bipartisan spirit that prevailed for my nomination in 1993 and Justice Breyer’s in 1994. Such a return would enable our Congress to engage again in lawmaking for the good of all the people law exists, or should exist, to serve.

In contrast to Thomas’ Christendom College address, Ginsburg painted a more optimistic picture of progress, using her own life as an example. “It is amazing that at my advanced age, 85, so many people want to take a picture with me. T-shirts, tote bags, bibs, mugs…” — and here Ginsburg’s voice took on an incredulous tone — “closet fresheners. Even tattoos bear my name and face.”

“I suppose young people latched onto me because they yearn for something advancing society’s welfare to believe possible,” Ginsburg continued, “and I fit that bill because I had the good fortune to be alive and a lawyer when society was prepared to accord equal citizenship stature to women… What is the difference between a bookkeeper in New York City’s garment district and a Supreme Court justice? One generation. My life bears witness to the difference between the opportunities open to my mother and those open to me.”

Video of the chief justice’s introduction and Ginsburg’s acceptance speech is posted here. Andrew Hamm covered the ceremony for this blog.

The following day, Ginsburg was in New York, where she introduced Barbara Babcock, the 2018 speaker for the NYC Bar Association’s Justice Ruth Bader Ginsburg Distinguished Lecture on Women and the Law.