Argument preview: Another look at what a sentence is “based on” 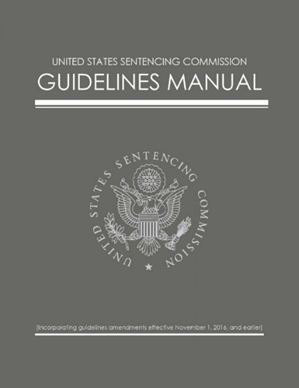 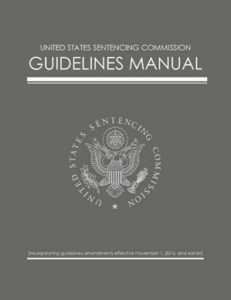 In the Sentencing Reform Act of 1984, Congress not only created the U.S. Sentencing Commission and tasked it with creating guidelines for federal sentencing, it also enacted a novel provision, 18 U.S.C. §3582(c)(2), which allows modification of a prison term for a “defendant who has been sentenced to a term of imprisonment based on a sentencing range that has subsequently been lowered by the Sentencing Commission.” In Koons v. United States, the justices will decide whether defendants subject to statutory mandatory minimum sentences, but who received prison terms below the minimum because they provided substantial assistance to the government, are eligible for reductions under 18 U.S.C. §3582(c)(2), after the Sentencing Commission lowered the guidelines range that would have applied to the defendants absent the statutory minimum. The defendants’ textual and policy arguments are appealing if one believes Congress wanted Section 3582(c)(2) to be broadly applied, but the government has a potent simple claim that the defendants’ sentences were based on a statutory minimum, not “based on a sentencing range … lowered by the Sentencing Commission.” Still, given that the Supreme Court split 4-1-4 in 2011 in its last case interpreting this “based on” phrase, Freeman v. United States, it is hard to predict just how the court may approach this issue.

This is a consolidated appeal involving five defendants, each of whom, between 2008 and 2014, pled guilty to drug-trafficking offenses that carried statutory mandatory minimum sentences under 21 U.S.C. §841(b)(1). The defendants stress in their briefing that all of their plea agreements noted that a court would consider applicable guideline provisions at their sentencing. But the government emphasizes that they all expressly acknowledged in their plea agreements that their offenses were “punishable by a mandatory minimum sentence,” and argues that their sentences ultimately were structured around reductions from the mandatory minimums to reflect their substantial assistance to authorities under 18 U.S.C. §3553(e).

In November 2014, the Sentencing Commission adopted Amendment 782, which lowered by two the base offense level for applicable drug offenses, and made the amendment retroactive. The district court sought input on whether these five defendants were eligible for sentence reductions under Section 3582(c)(2). Relying largely on a guideline policy statement adopted by the Sentencing Commission, the defendants and the government both argued that the defendants were eligible for reductions. The district court decided, however, that a defendant who receives a sentence below an applicable mandatory minimum because of his substantial assistance has not been “sentenced pursuant to a guideline range,” and thus is not eligible to have his sentence modified under Section 3582(c)(2). On appeal, the U.S. Court of Appeals for the 8th Circuit adopted a similar interpretation, declaring that each defendant had received a sentence “based on his statutory mandatory minimum sentence and his substantial assistance” and thus could not claim to have received a prison term “based on a sentencing range that has subsequently been lowered by the Sentencing Commission.”

Before the Supreme Court, the defendants make various arguments for how their sentences can and should be considered to have been “based on” a guideline range. They explain that a district court always has to calculate and consider a guideline range even if it is trumped by an applicable mandatory minimum. They go on to argue that a defendant’s provision of substantial assistance renders an otherwise binding statutory minimum inapplicable, so that the guidelines range becomes part of the determination of an appropriate sentence. In this case, three of the five defendants ended up with sentences that fell within the calculated guidelines range; the defendants argue that this outcome demonstrates the “magnetic pull” of the calculated guideline ranges once mandatory minimums are rendered inapplicable because of a defendant’s substantial assistance.

The defendants also rely on the “structure and objectives of the Sentencing Reform Act.” They stress that the Sentencing Commission has primary responsibility for determining which defendants should benefit from lowered guidelines, and that the commission’s policy guidance indicating that these defendants should be considered eligible therefore ought to “warrant the judiciary’s full respect.” They further contend that new unwarranted sentencing disparities would result if they were ruled ineligible for reductions under Section 3582(c)(2). They point out that comparable drug defendants who provided substantial assistance but whose original guideline ranges were pegged above applicable statutory minimums are eligible for sentence reductions; “it would be perverse,” say the defendants, to exclude defendants with lower original ranges given that “such defendants are more deserving of lower sentences.”

The federal government, despite having previously argued otherwise, now claims the defendants’ sentences were not “based on a sentencing range that has subsequently been lowered by the Sentencing Commission.”As the government now puts it, the drug guidelines necessarily “dropped out” of the defendants’ sentencing proceedings once it was apparent that those guidelines recommended a sentence below the applicable statutory minimum. The defendants’ sentencing ranges were set by statutory mandatory minimums, continues the government. The authority under 18 U.S.C. §3553(e) to sentence below the minimum based on substantial assistance does not affect these ranges; it only allows departures below them. Section 3553(e), continues the federal government, expressly indicates that any departure below the otherwise applicable statutory minimum is to “reflect a defendant’s substantial assistance.” Factors unrelated to substantial assistance are not part of sentencing determinations in this setting, so the applicable drug guidelines did not provide any basis for the defendants’ initial sentencings.

The government acknowledges that the commission issued a policy statement indicating that these defendants are eligible for reductions, but it contends the commission may not legally or functionally construe or define a sentence as “based on” a guideline when in fact it was not. The government continues that allowing these defendants to be eligible for reductions “would also create the very sort of sentencing disparities that § 3582(c)(2) is designed to eliminate” because it would enable them to get a lower sentence using this provision than an identically situated current or future defendant would be able to secure.

As noted at the outset, the key statutory phrase at issue in this case, whether a sentence is “based on” a guideline sentencing range, prompted a split 4-1-4 ruling from the Supreme Court seven years ago in Freeman. There are reasonable textual, structural and policy arguments supporting interpretations of this phrase that ensure broad eligibility for sentence modifications; any justice who takes a “broad-eligibility” approach to Section 3582(c)(2) may be able to find one or more of the defendants’ contentions sufficient to entitle them to the possibility of a sentence reduction. (Amicus briefs filed by advocacy and public-defender groups provide an array of arguments for why the justices should embrace a broad-eligibility perspective.) But in 2010, in Dillon v. United States, the court described Section 3582(c)(2) as a “narrow exception” to the “rule of finality.” Any justice adopting this kind of narrow perspective on the provision is likely to find compelling the government’s straightforward claim that the sentences of these defendants were not based on a guideline sentencing range.

The justices will arrive at this case immediately after hearing argument in another case questioning the meaning and application of the split 4-1-4 Freeman ruling, Hughes v. United States. Because Justice Sonia Sotomayor was the justice flying solo in Freeman, any questions from her in these cases may provide a clue as to the court’s ultimate direction. In addition, Koons and Hughes also present yet another opportunity to take stock of the new guy: Justice Neil Gorsuch was not, of course, a member of the court when Freeman was decided, and he has already demonstrated a particular interest in matters of federal sentencing law and procedure. How Gorsuch approaches these cases, and where his commitment to textualism might lead him, could prove decisive for these defendants and many more.

Recommended Citation: Doug Berman, Argument preview: Another look at what a sentence is “based on”, SCOTUSblog (Mar. 20, 2018, 12:02 PM), https://www.scotusblog.com/2018/03/argument-preview-another-look-sentence-based/