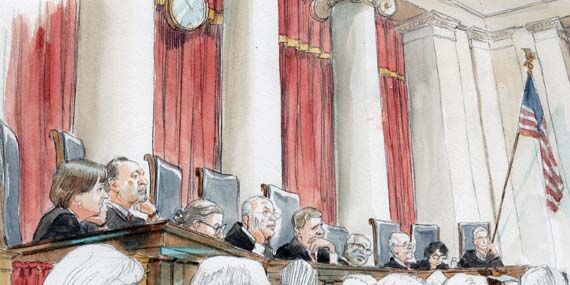 Yesterday the Supreme Court issued its first full opinion of the October 2017 term, in Hamer v. Neighborhood Housing Services of Chicago, holding that a time limit in a court-made rule is not jurisdictional. Howard Wasserman analyzes the argument for this blog. Subscript offers a graphic explainer for the decision.

At Balkinization, Marty Lederman takes a close look at last week’s cert petition in Hargan v. Garza, in which the solicitor general asked the justices to vacate a lower-court decision in favor of a pregnant undocumented teen who was attempting to obtain an abortion and to discipline the teen’s attorneys, concluding that “there are serious questions whether the brief meets the high standards that OSG and DOJ have long insisted upon and that the Court has come to expect from the federal government.” In an op-ed for The New York Times, Linda Greenhouse argues that in its “breathtakingly audacious” petition, “the government itself [is] claiming a right not to follow the law.”

At Slate, David Gans explains why, although all eyes have been on Justice Anthony Kennedy as the potential swing vote in Masterpiece Cakeshop v. Colorado Civil Rights Commission, in which the court will decide whether the First Amendment bars Colorado from requiring a baker to create a cake for a same-sex wedding, “Chief Justice John Roberts might ultimately himself prove to be just as important.” At In a Crowded Theater, Erica Goldberg “cover[s] the difficulty of articulating a viable legal rule in Masterpiece Cakeshop.”