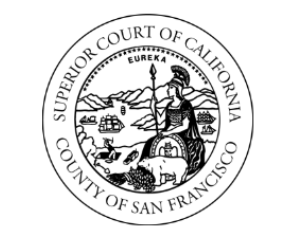 Securities litigators have spent the last two decades working out the implications of two statutes Congress passed in the closing years of the last century, both designed to limit securities class actions. The first was the Private Securities Litigation Reform Act of 1995, known as the PSLRA. When that statute produced more of a flight to state courts than it did a decline in class actions, Congress responded with the Securities Litigation Uniform Standards Act of 1998, known as SLUSA. It is a testament both to the high stakes involved in securities litigation and to the sloppy drafting of both the PLSRA and SLUSA that the Supreme Court has faced numerous questions of interpretation under those statutes. Indeed, to the outsider the most remarkable thing about the argument next week in Cyan, Inc. v. Beaver County Employees Retirement Fund may be how many basic questions about the two statutes remain unsettled.

Because Cyan does not involve any regulations, the Supreme Court confronts a pure question of statutory interpretation. And because the relevant statutes are so intricate, some considerable discussion of the contested provisions is necessary to elucidate the problem at hand. The first point to understand is the tradition of concurrent jurisdiction over securities claims. From the enactment of the Securities Act of 1933 during the Great Depression, Congress traditionally expected (and explicitly provided in the statute) that securities litigation would proceed in both state and federal courts. Thus, the statute always has stated (in 15 USC § 77v) that the “district courts shall have jurisdiction, concurrent with State courts, of actions to enforce any liability created by [the Securities Act of 1933].” Responding to the PSLRA-driven flight of securities class actions from federal court to state court, SLUSA added a major qualification to Section 77v, which now provides that the state courts exercise concurrent jurisdiction “except as provided in section 77p … with respect to covered class actions.”

The most that the Supreme Court can do then (because it doesn’t sit to write report cards assessing the quality of Congress’ literary craft) is decide whether it makes more sense to read the proviso as barring all covered actions or instead as barring only mixed class actions. On the one hand, the employees argue that interpreting the proviso as barring all covered actions confers a lot of important substantive content on a phrase that reads as if it is only cross-referencing substantive action that Congress took elsewhere. On the other hand, in Cyan’s view, reading the proviso as barring concurrent jurisdiction only over mixed actions doesn’t accomplish very much when Section 77p(b) already has barred them categorically.

Much of the briefing, especially by the amici, raises policy questions about the merits of state court versus federal court resolution of securities class actions. Cyan’s amici inveigh against the danger of permitting the wild and ungovernable state courts to torment our nation’s large businesses, and the employees stress the longstanding routine of trusting state courts to play the major role in adjudicating commercial litigation in our federal system. In the past, the Supreme Court has shown a willingness to read SLUSA as a compromise statute designed to eradicate some, but clearly not all, state securities litigation. Oral argument should provide an indication of whether the parties’ and amici’s policy arguments will influence the justices’ resolution of the statutory interpretation questions in this case.