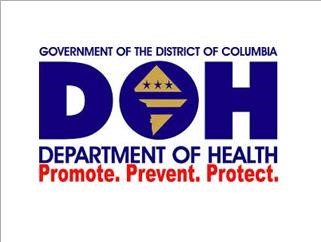 Artis v. District of Columbia, which is set for argument next Wednesday, reminds us that much of the Supreme Court’s work is decidedly unglamorous. The court’s task will be to determine how long a tolling provision in the federal supplemental jurisdiction statute gives litigants to pursue certain claims in state court. It’s a head-scratcher that may captivate only true federal jurisdiction and statutory interpretation aficionados, but the answer could affect the timing of litigation around the country.

A bit of background: Litigants often try to resolve factually related federal and state claims in a single federal lawsuit. As long as the federal court has subject-matter jurisdiction over the federal claim(s), the court can hear the state claims too, even if those claims would not independently qualify for federal adjudication. That is the doctrine of supplemental jurisdiction, and it is codified in a federal statute, 28 U.S.C. § 1367. Sometimes, though, the federal court ends up rejecting the jurisdiction-conferring federal claim(s). The court may then choose to dismiss any unresolved tag-along state claims without prejudice. At that point, the plaintiff can try to refile those claims in state court. And that raises a question: How much time, if any, does the plaintiff have to refile before running afoul of whatever state statutes of limitations apply to the state claims? Section 1367(d) offers the following guidance: “The [state] period of limitations … shall be tolled while the claim is pending [in federal court] and for a period of 30 days after it is dismissed unless State law provides for a longer tolling period.” The meaning of this language is at issue in next week’s case: Does it give plaintiffs a 30-day window after the dismissal of their claims to refile (unless state law gives them longer)? Or do plaintiffs instead get 30 days plus whatever time remained in the limitations period when they brought their federal suit (again, unless state law gives them longer)?

The tolling question has divided the lower courts, and it can have real consequences for litigants, including the petitioner in next week’s case. Stephanie Artis lost her job as a District of Columbia health inspector in November 2010. In December 2011, she sued the city in federal district court, alleging employment discrimination in violation of federal law. She also raised three claims under D.C. law. (For purposes of Section 1367, Washington, D.C., is considered a state.) Two and a half years later, in June 2014, the district court granted summary judgment to the city on the federal claim. With that claim out of the case, the court then declined to retain jurisdiction over the state-law claims and dismissed them without prejudice, noting that Artis could choose to refile them in District of Columbia Superior Court. Fifty-nine days later, Artis did just that. The city, however, moved to dismiss, asserting that Section 1367(d) required Artis to refile within 30 days of the federal court’s ruling. Artis read Section 1367(d) very differently. She pointed out that two of her state-law claims had a three-year statute of limitations, and that she filed her federal suit just over a year into that period. At that point, she contended, the limitations period stopped running and did not restart until the federal action ended, meaning that she still had nearly two years — plus 30 more days on top of that — to refile her claims.

The Superior Court ruled for the city and dismissed Artis’ suit as time-barred. The District of Columbia Court of Appeals affirmed. It viewed the word “tolled” in Section 1367(d) as ambiguous. Tolling, that court explained, can be “likened … to a ‘clock that is stopped and then restarted’” — Artis’ “suspension” or “stop-clock” approach. Alternatively, tolling can mean giving litigants a window (here, 30 days) within which to bring a claim outside the usual statute of limitations — the city’s “grace-period” approach. To resolve the statute’s ambiguity, the court turned to Section 1367’s legislative history and found support for the grace-period approach. The court added that the grace-period approach disrupts state statutes of limitations less than the suspension approach and is thus more consistent with federalism values and the presumption against pre-emption of state law.

In their merits briefs, both sides reject the court of appeals’ conclusion that Section 1367(d) is ambiguous. Artis insists that the text clearly embraces the suspension approach. In addition to citing dictionary definitions that equate “tolling” a statute of limitations with suspending it, Artis points to numerous prior instances in which the Supreme Court itself has used the term that way. She also identifies other federal tolling statutes that are coherent only under the suspension approach. In contrast, she contends, federal and state statutes that establish grace periods do not use the word “toll” at all. She explains that, under the grace-period approach, the limitations period keeps running during the federal litigation until it expires — a result that she says is “not ‘tolling’ but its opposite.”

The city pushes back with opposing dictionary definitions, cases and statutory analogs. According to the city, tolling a limitations period removes the bar to bringing an action. In some contexts, the city acknowledges, that can mean suspending the limitations period so that a plaintiff gets whatever time remained on the clock. In other contexts, however, it can mean starting the clock over entirely or providing a fixed period of additional time to bring suit. In other words, tolling provisions can come with a variety of specific tolling effects. Section 1367(d), the city contends, lacks any references to suspension or clock-stopping and is instead most sensibly read to remove the effect of an expired limitations period while a federal action is pending and for 30 days thereafter, unless the state itself provides more time. The city adds that many states do, in fact, lift the limitations bar for a set grace period, making it sensible to infer that Section 1367(d) functions similarly.

Although both sides view the statutory text as decisive, they also invoke several other interpretive aids. First, following the lead of the court of appeals, the city asserts that the legislative history of Section 1367(d) reveals that Congress chose to implement a recommendation from the American Law Institute to give litigants a 30-day window for refiling claims. Artis responds that Congress conspicuously chose language distinct from the ALI’s and did not credit the ALI in its description of Section 1367(d).

Second, the parties likewise diverge in their assessment of statutory purpose. Artis argues that the suspension approach advances the legislative goal of giving litigants a fair opportunity to refile claims in state court, and it appropriately rewards litigants with more time to refile when they diligently bring federal suits early in a limitations period. The city, in contrast, maintains that a 30-day refiling window adequately prevents state claims from being lost. In its view, the suspension approach can needlessly delay litigation by giving plaintiffs an unwarranted time windfall. An amicus brief filed in support of the city by the National Conference of State Legislatures and other state- and local-government interest groups underscores this point, stressing that the suspension approach drags out litigation in ways that burden local government defendants.

Third, the parties debate whether federalism principles and the presumption against pre-emption should factor into the Supreme Court’s analysis. Noting that states have a sovereign interest in establishing statutes of limitations for state claims, the city urges the Supreme Court to construe Section 1367(d) to minimize the displacement of states’ usual limitations periods. Because the suspension approach invades state prerogatives more than the grace-period approach, the city contends that it should be disfavored. Again, the NCSL brief reinforces these points. Artis responds that this case does not implicate any federalism presumptions or clear-statement rules because Section 1367(d) imposes a federally defined tolling rule under either side’s interpretation. In her view, any incremental difference in the length of that tolling period does not meaningfully affect state-federal relations.

Finally, the city argues, somewhat provocatively, that its grace-period approach is also preferable for reasons of constitutional avoidance. In its telling, the suspension approach gratuitously interferes with state statutes of limitations without obviously advancing a federal interest. Accordingly, the city doubts that Congress could, consistent with the Constitution’s necessary and proper clause, validly impose the suspension approach pursuant to its authority to constitute and oversee the lower federal courts. In an amicus brief filed in support of the city, Wisconsin and 23 other states elaborate on the constitutional-avoidance argument and go a step further. They contend that if the text of Section 1367(d) compels Artis’ reading, then the Supreme Court should strike the offending language as unconstitutional. In response, Artis observes that the court previously upheld the constitutionality of Section 1367(d) (without addressing the specific effect of its tolling rule) and that Congress reasonably chose to stop the clock on state claims pending in federal court in an effort to facilitate federal litigation and protect federal litigants.

If the justices express interest in these federalism and constitutional-avoidance angles, then this case could potentially acquire significance beyond the discrete tolling question presented. Otherwise, whichever reading the Supreme Court embraces will have the virtue of providing litigants in Artis’ shoes with a bit more certainty about the filing deadlines they face.