Cert grants from the long conference: The September effect

The Supreme Court’s September 25 “long conference” is now behind us; if the past is any guide, the grants out of that conference should be released on Thursday, September 28. The initial grants out of the long conference are the single biggest exception to the ordinary rule that the Supreme Court will relist a case at least once before granting certiorari to give the justices and clerks the time necessary to do a second round of checks for vehicle problems. Presumably, they use the extra time they have over the summer to do that second look, so they don’t need to relist the cases before granting.

Thinking through the issue made me wonder about the timing of the distribution to chambers of cert materials (petition, brief in opposition, reply brief) for the cases the Supreme Court grants out of the long conference. I was curious about whether the initial grants released the same week as the conference were distributed earlier in the summer and the cases granted in October (or later), after relists, were distributed later in the summer. To find out, we analyzed all the long conference grants from the last three terms – every long conference since the court began routinely relisting cases before granting cert.

The actual numbers mildly bear out the predicted pattern; the relisted cases were almost entirely from August and September. But there were plenty of cases granted the week of the long conference that were first distributed as late as the second September distribution. 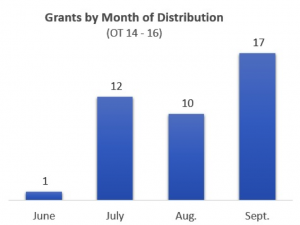 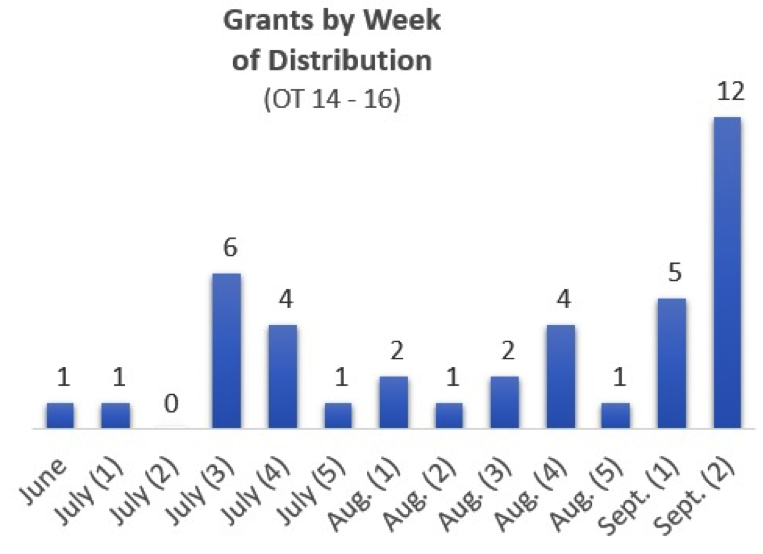 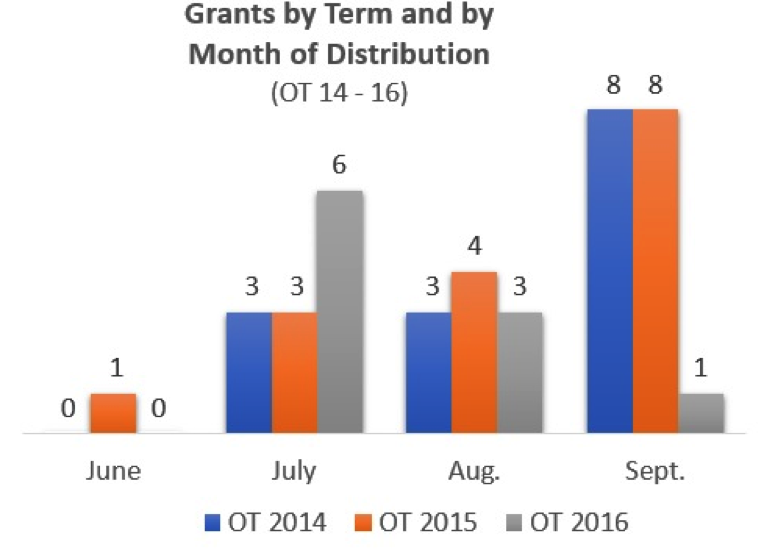 A few things stick out:

The long conference has a reputation for having a low grant rate. But on closer examination, not every week of the summer is equal; petitioners tend to do better in some than others. Late July and September distributions appear to be particularly promising, the second week in September especially so.

Thanks to Kent Piacenti for helping compile the data and drafting this post; thanks to Ralph Mayrell for composing the graphs.

Posted in Analysis, Cases in the Pipeline