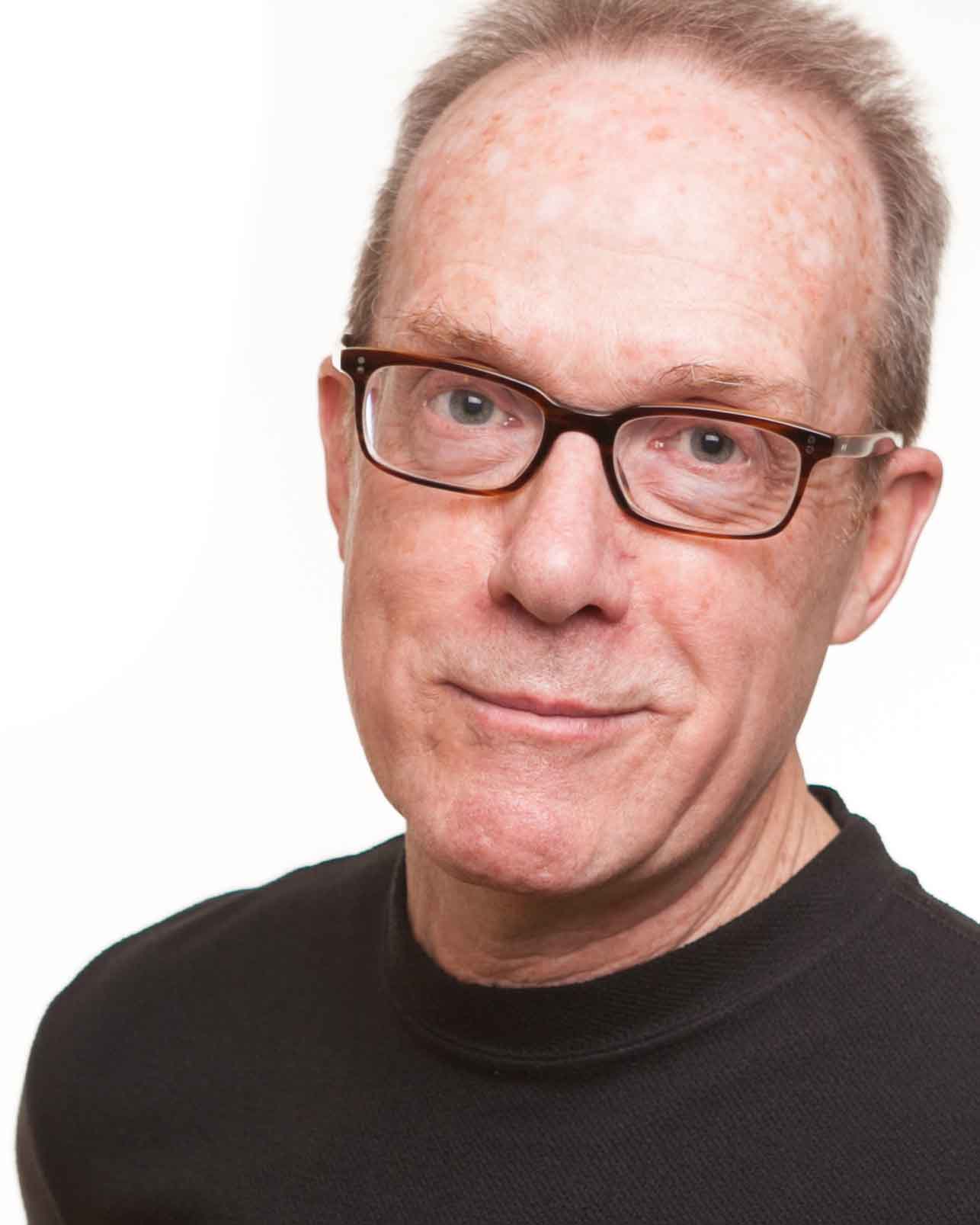 John Strand’s “The Originalist,” which premiered at Arena Stage in Washington in 2015, is returning there for a limited engagement this summer. SCOTUSblog interviewed the playwright during the 2015 run. A lot has happened since then, including the sudden death of Justice Antonin Scalia, who inspired the play and who is one of its main characters, the protracted battle over Scalia’s replacement, and the presidential election. SCOTUSblog is glad to have the chance to ask John Strand some additional questions about these developments and more.

Q: Can you fill us in on where you have taken the play since the first Washington run in 2015?

John Strand: In actor Edward Gero’s portrayal of Justice Scalia, the character has gotten deeper, stronger, more human. It’s a masterful job of acting. We’ve changed the character of Scalia’s law clerk somewhat, made her tougher. With Jade Wheeler playing the clerk, she is more able to mix it up with her boss. She gets her rhetorical punches in. I added a short scene where she secretly tries on the justice’s robe. She has her rebellious side. 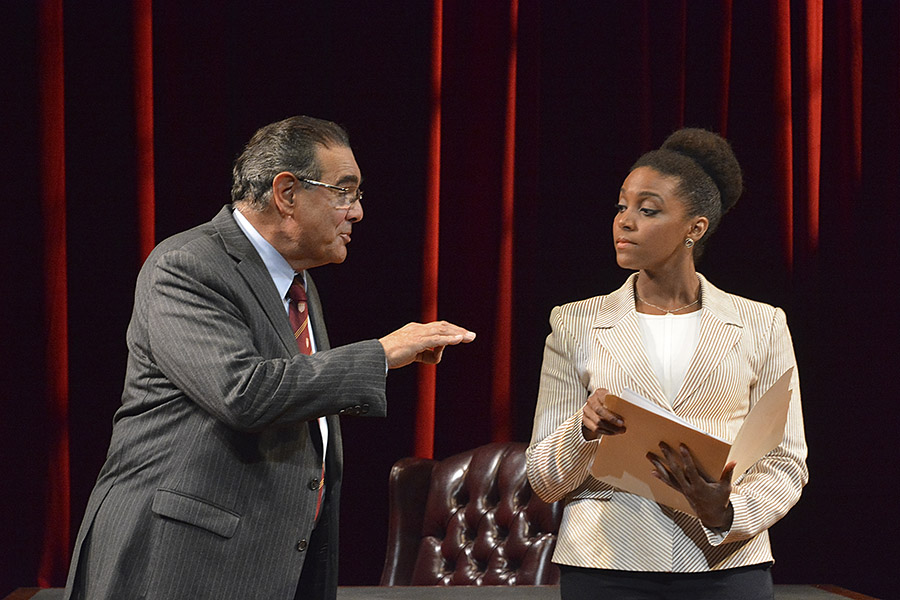 Q: “The Originalist” has also played in Florida and California. Have you noticed any differences in how the play has been received in these various venues?

JS: The response to the play has been overwhelming, I am relieved to say, in each of the three venues we’ve played so far. I assumed that Florida audiences would be more conservative and California, more liberal. False assumption. The actors tell me that they know the audience’s political leaning after the first few lines of the play. And it changes from night to night.

Q: Obviously Scalia’s death on February 13, 2016, must have affected the response of audiences and your own thoughts about your work. Can you elaborate on that? Have you changed the play at all in response?

JS: I didn’t change the play significantly after the justice’s death or because of it. It wasn’t necessary. On stage we have a formidable man in a specific time and place, debating important issues with a much younger woman whose political beliefs are at odds with his. The character of Justice Scalia serves as a way to get at those issues. It’s not a bio play. Since his death, some of the lines land differently, they’ve taken on a new echo. When his clerk declares him the most polarizing figure in American civic life, there is an audible response from the audience: “Not anymore.” Our current president has stolen the crown.

Q: In the play, your version of Scalia predicts that after his death, half the country will mourn him and the other half will fight over his replacement. Do you think that prediction was accurate?

JS: I do. I was very moved by the long lines at the justice’s viewing. From the conversations I overheard, these weren’t all fans. But most everyone seemed to have a deep respect for the position he held and for the Supreme Court. And there was a sense of history being made. People came to be part of the moment. I felt a sense of pride then in who we are, as a city and as a country. I wasn’t expecting that… There has been a certain amount of dancing on the grave, so to speak, by those who hated Antonin Scalia for his legal views and rulings. That’s not surprising. But the play suggests that there can be a distinction between the ideology and the man. Just ask Justice Ginsburg.

Q: How do you think Scalia would have felt about the Senate’s refusal to hold hearings on Chief Judge Merrick Garland, President Barack Obama’s nominee for the vacancy left by Scalia’s death?

JS: My guess is that he would have looked at it dispassionately and textually. If the Constitution does not compel the Senate to hold hearings for a president’s Supreme Court nominee within a given amount of time, then McConnell and company made a shrewd political move. Tough luck for Obama and the Democrats.

Q: Were you surprised that the selection of Scalia’s replacement figured so prominently in the presidential campaign – and, according to exit polls, that the desire to install a “Scalia-like” justice on the Supreme Court bench was an important factor propelling voters towards President Donald Trump? How would Scalia have felt about that?

JS: Not surprising that “tilting” the Supreme Court carried a lot of weight in Trump’s victory. The court is a political flashpoint, however much the justices consider themselves above the mudslinging that passes for debate among our elected representatives. The angst over the “balance” on the court emphasizes the enormous importance of the institution to each political party, and to the public. I think Scalia might have been flattered at the effort to replace him with a version of himself — but he would have joked that it couldn’t be done. There was only one Nino.

Q: Many commentators have said that recent events – including the election and the battle over the confirmation of Scalia’s successor, Justice Neil Gorsuch — have compromised the Supreme Court’s supposed insulation from politics. Do you think Scalia would have thought so?

JS: Justice Scalia believed — hubristically, I think — in his own unassailable objectivity: originalism and the primacy of the text rule the day, not the heart or the emotions. Nor would he have admitted that the court could be seriously swayed by the sturm und drang going on across First Street. Presidents and the Congress are the tides, they rise and fall. The law is the sea.

Q: A character in your play remarks that the next generation writes the epitaphs. What will Scalia’s epitaph be? What would he have wanted it to be?

JS: In the play, the character Scalia asks his clerk why he should care what she thinks, and she replies that her generation writes the epitaphs. It was a reminder that he is nearing the end. I feel that he would have wanted his epitaph to be that he was a champion of the Constitution, consistently and unfailingly, which he saw as the highest calling for a U.S. Supreme Court justice. But his epitaph is not so neat and clear. On the bench, he lost more times than he won. His dissents are fun to read, sure, but they are sometimes caustic and vengeful. Was that necessary? Still, there is no question that Antonin Scalia will be remembered as the most influential conservative justice of the past half-century, if not longer.

Q: Your play explores the idea that there is “plenty of room” in the middle for people with opposing viewpoints to move past demonizing one another and engage in real discourse. Is that still true?

JS: Truer than ever, since the middle is even more deserted now, after the presidential election. The acreage is vast, but it is lacking for recruits. That will change. I think the majority of the public is disgusted with the extremism, the demonizing and the school-yard-bully behavior in Congress. Add to that the lies and incompetence emanating from the White House now, and the whole show has turned into some cringe-worthy opéra bouffe. There is a limit to voters’ patience.

Q: New plays about politics seem to be prevalent today – from Robert Schenkkan’s “Building the Wall” and John Robin Baitz’s “Vicuna” to Lynn Nottage’s “Sweat.” Do you have any thoughts on why?

JS: Audiences want it. Butts in the seats is the infallible measure of a wish fulfilled, on all sides. But every era has its political theater. Theater is still a communal event. It’s a ritual. We gather in the dark, we go silent, and we watch and listen to live actors portraying people whom, in the best case, we care about, and they’re saying something we want or need to hear. That’s why I wanted to do a play about Scalia: put him on stage and let him tell us what he stood for. And if we object or disagree, then at least we’re informed and prepared to respond. In the play, Scalia’s clerk declares that she needs to figure him out “because we most fear what we don’t understand.”

Q: Where do you hope the play will go from here? Will you be writing more about law and politics?

JS: We go to Chicago next, the Court Theater, aptly enough. And I am writing the screenplay for a film version for a Hollywood production company. Arena’s stage version ran on PBS Channel 13 in New York, and that video is available through a new group in New York called Stage 17. L.A. Theaterworks has an audio version available. There are more live productions in the works, but like many theater people, I’m superstitious, so I never talk about what’s coming down the road until it gets here.

I love the drama and weight that is involved in law, in legal decisions. I would gladly write about law again. I’m working on a commission for Arena Stage’s Power Plays initiative, a play about Teddy Roosevelt. In point of contrast with the present-day, TR spoke three languages and read four, wrote more than 30 books, was a war hero and an expert naturalist, and won the Nobel Prize for negotiating an end to the Russo-Japanese War. He is what “presidential” used to mean.