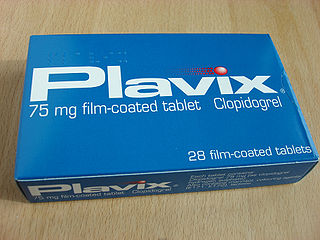 Bristol-Myers Squibb Co. v. Superior Court of California, San Francisco County brings the justices once again to the thorny problems of personal jurisdiction: When is it appropriate for a court in one state to exercise jurisdiction over out-of-state defendants? This case involves litigation by several hundred individuals from 33 states (including 86 from California) for injuries associated with the Bristol-Myers drug Plavix. Bristol-Myers has extensive contacts with California, because it markets and promotes the drug in California and distributed it to pharmacies in California that used it to fill prescriptions. So California litigation against Bristol-Myers by the California residents is not at all notable.

The litigation by individuals who are not from California is much more interesting, because nothing that Bristol-Myers did in California has any particular connection to them: Bristol-Myers did not develop or manufacture the drug in California and there is no reason to think that marketing, promotion or distribution in California was involved in the injuries of the out-of-state plaintiffs. At first glance, that seems to raise the distinction between “general” and “specific” jurisdiction: General jurisdiction subjects a defendant to any type of lawsuit at all in a forum state when the defendant’s contacts with that state are pervasive; a defendant is subject to specific jurisdiction in a forum state only in lawsuits arising out of in-state contacts that are sufficiently substantial to satisfy the due process clause. Most importantly, the court held in 2014, in Daimler AG v. Bauman, that general jurisdiction should be limited to the forum states in which a corporation can be regarded as “at home.” All agree that Bristol-Myers (based on the East Coast) is not “at home” in California and that general jurisdiction is not available.

The plaintiffs contend, though, and the California court agreed, that Bristol-Myers’ contacts with California are sufficiently “related to” the claims of the out-of-state plaintiffs to justify exercise of specific jurisdiction. They emphasize that marketing and promotion decisions were made on a nationwide basis and they argue that the California effects of the single stream of marketing and promotion are therefore “related to” the effects that stream of activity had in other jurisdictions. Bristol-Myers, in contrast, argues that its California activity is irrelevant because that conduct has no logical or causal link to the injuries: These plaintiffs would have been injured even if Bristol-Myers had never acted in California at all; the existence or non-existence of the California conduct had no effect on their situation.

The court’s cases on the boundaries of specific jurisdiction could be seen as offering little guidance to constrain the justices in determining when a court’s exercise of jurisdiction comports with due process. The question whether the court’s jurisdiction conforms to “traditional notions of fair play and substantial justice” seems only slightly more precise than Justice Potter Stewart’s “I know it when I see it” test for obscenity in the 1960s.

In this particular case, though, the doctrine, however hard to articulate, does provide more predictability than it might seem at first glance. Specifically, the justices may well approach this case as a follow-on to Justice Ruth Bader Ginsburg’s near-unanimous 2014 Daimler opinion, which markedly cut back on the availability of general jurisdiction. One way to view this case is to see the California court as searching for an end-run around Daimler, adopting a broad understanding of specific jurisdiction to hold onto a case in which general jurisdiction is no longer available. Another way to think about it is as a doctrinal counterpoise, softening the edges of the specific-jurisdiction doctrine to retain a place for the case-by-case flexibility that Daimler removed from the general-jurisdiction area. The comments of the justices at the argument should shed light on which of those perspectives dominates.