Have you ever been to Marshall, Texas? Assuming that most of my readers did not, as I did, grow up in East Texas, it is a safe bet that few of you have visited that relaxed municipality at the intersection of I-20 (the interstate highway running from Dallas to Atlanta) and Texas Highway 59 (a local highway that runs from Houston northeast to Texarkana). It might help you locate it if I told you it is about 60 miles east of Tyler, the home of football icon Earl Campbell. Of one thing, though, I can be certain: The readers of this entry who engage in patent litigation will be familiar with Marshall. More than 40 percent of the nation’s patent cases are filed there; indeed, over the last three years, about one-quarter of all patent cases nationwide have been assigned to one particular judge in the federal court there (Judge Rodney Gilstrap). In a nutshell, the question in TC Heartland v. Kraft Foods is whether the justices should do something about that. Should they step in to reverse the remarkable concentration of patent litigation in that one court? 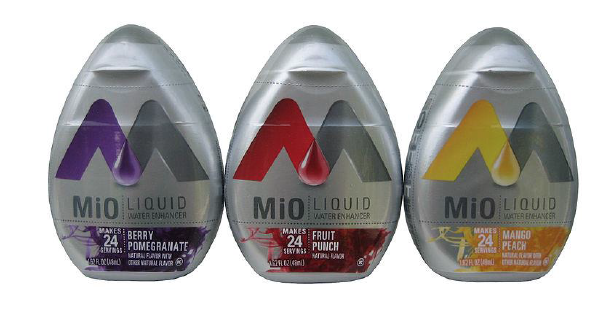 Kraft’s “MiO” liquid water enhancer, the subject of the patent infringement suit in this case.

In a system that allows plaintiffs to select the courts in which they file lawsuits, there must be something about the forum in the Eastern District of Texas attractive to patentholders suing for alleged patent infringement, because it is just about impossible to imagine a venue system that would force patentholders to pick a court so remote from the centers of innovation and finance that might seem like more logical fora. So it should come as no surprise that a lot of money is at stake here – evidenced by the 30-odd amicus briefs filed on one side or the other of the matter.

Despite the voluminous briefing, the case in fact is relatively straightforward if you think of it as proceeding at two levels. The first level is an uncomplicated question of statutory interpretation involving two frequently amended and interlocking statutory texts that govern venue in patent cases, Sections 1391 and 1400 of the federal judicial code (Title 28 of the United States Code). Section 1400 states that a “civil action for patent infringement may be brought in the judicial district where the defendant resides”; the last time the Supreme Court examined the statute (its 1957 decision in Fourco Glass v Transmirra Products), it concluded that this meant “the state of incorporation only.” Thus, under Section 1400 as read in Fourco, patent suits against a corporation would have to be brought in the state in which the defendant is incorporated (usually, at least for large businesses, Delaware).

The general venue statute, Section 1391, by contrast, states: “For all venue purposes … [a corporation] shall be deemed to reside, if a defendant, in any judicial district in which such defendant is subject to the court’s personal jurisdiction with respect to the civil action in question.” Because large businesses are likely to have sufficiently pervasive business activities to be subject to personal jurisdiction throughout the nation, that section makes venue generally appropriate in most districts. More or less ignoring the Supreme Court’s decision in Fourco, the U.S. Court of Appeals for the Federal Circuit has read Section 1391 to broaden Section 1400, producing the bizarre results summarized above.

This case stems from a lawsuit in which Kraft Foods alleged that TC Heartland had infringed Kraft’s patent for a liquid water enhancer. Kraft sued in Delaware, but Heartland sought to transfer the case to Indiana, its place of incorporation, arguing that Section 1400 does not authorize venue in Delaware. As a matter of statutory language, Heartland argues that the patent statute reflects the specialized realities of patent litigation. Because the Supreme Court already has interpreted the language, and because the relevant language of Section 1400 has not changed since the court interpreted it in 1957, Heartland urges that it makes no sense to treat trivial alterations in Section 1391 as upending the sensible result the court reached in 1957. Heartland also reads Section 1391 as supporting its argument that patent venue is only proper in a defendant’s place of incorporation. That section begins with the qualification that it “shall govern the venue of all civil actions” only “[e]xcept as otherwise provided by law”; Heartland reasons that the special patent rule in Section 1400 does exactly that – “otherwise provid[ing]” for patent cases.

At bottom, though, the buzz about this case is not about the statutory language. The case is significant because it throws a spotlight on the bizarre and accelerating concentration of patent litigation in the Piney Woods of East Texas. That is the main focus of the amicus briefs, which battle over every empirical detail that is available to shed light on the quality of the work done on the patent docket of the Eastern District of Texas: whether it rules for defendants more often than other courts, whether it dismisses complaints less often than other courts, whether the Federal Circuit upholds its decisions as often as it does those of other courts. In the end, though, my sense is that most of the data is relatively ambiguous. About the only thing that seems to come through clearly is that the Texas court moves cases along swiftly, something the justices may not find troubling.

If we put the atmospherics of the prior Supreme Court decision to the side, Kraft has a strong statutory argument. Section 1400’s reference to the district “where the defendant resides” seems to tie naturally into the determination in Section 1391 of where corporations reside “for all venue purposes.” Kraft also argues that the provision of Section 1391 treating corporations as ubiquitously resident reflects a major effort, led by the American Law Institute, to recast the venue rules. The enactment of that project by Congress may be enough to persuade the justices to set aside the court’s early reading of Section 1400 in Fourco. They also surely will be aware that Congress has considered many times stepping in to solve this particular venue problem but has never taken action despite adopting the most important revisions to the Patent Act of my lifetime just a few years ago.

In the end, I think the key question is whether long-simmering complaints about the concentration of patent venue in Texas will be enough to motivate the justices to intervene. The statutory language and their prior interpretation of it is are malleable enough to support a rejection of the status quo. Still, their level of outrage may have to be pretty high to persuade them to step in where Congress has declined to tread.

[Disclosure: Goldstein & Russell, P.C., whose attorneys contribute to this blog in various capacities, is among the counsel on an amicus brief by Ericsson Inc., Allergan, Inc., and Traxxas L.P. in support of the respondent in this case. The author of this post, however, is not affiliated with the firm.]