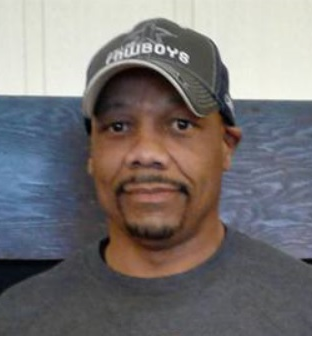 In 1984, there were 175 murders in the District of Columbia. But the October 1984 murder of Catherine Fuller, a 48-year-old mother of six, was particularly infamous. When she was found in a pool of her own blood in a garage off an alley, Fuller had been robbed, badly beaten, and sodomized with an unknown object. Prosecutors put ten defendants on trial for Fuller’s murder. After a week of deliberations, the jury convicted eight of them. One of those men died in prison; the remaining seven defendants who were convicted have always maintained that they did not commit the crime. Tomorrow the justices will hear oral argument in their challenge to their convictions, which is based on allegations that prosecutors failed to turn over important evidence that might have cleared them.

There was no physical evidence supporting the prosecutors’ case against the ten defendants. Instead, prosecutors relied instead on three witnesses who claimed to have seen the group attack. Each of the ten defendants was represented by a different lawyer; each lawyer’s main defense strategy seemed to be to throw his or her client’s co-defendants under the bus.

After the trial was over, a Washington Post story revealed that prosecutors had failed to provide defense lawyers with a statement about a possible alternative suspect. That story prompted the defendants to initiate post-conviction proceedings, during which they learned of other new evidence that might have helped them. For example, witnesses had told police that on the afternoon of the murder they had seen another man, James McMillan, “acting suspiciously” and with “something under his coat” in the alley where Fuller’s body was found. McMillan was convicted of two other assaults on middle-aged women in both the same month and the same neighborhood in which Fuller was murdered. Shortly after he was released from prison for those crimes, in 1992, McMillan killed another woman in the same area; the details of that crime resemble those of Fuller’s murder.

Yet another witness identified James Blue, who had a lengthy criminal record, as the man who killed Fuller. And the men learned that one key eyewitness had originally told police that she had not seen the crime at all, and had later been high on PCP when she met with detectives to identify suspects. During post-conviction proceedings, experts also testified that the crime scene and Fuller’s injuries were more consistent with an assault by an individual or a very small group of people than the much larger group that prosecutors had blamed for her death.

The Supreme Court’s 1963 decision in Brady v. Maryland requires prosecutors to provide a criminal defendant with all evidence that is favorable or material to his defense, even if the defendant does not ask for it. When prosecutors fail to do so, they violate the defendant’s constitutional right to due process, even if they were acting in good faith. There are three parts to the Brady test: The evidence must be favorable to the defendant, it must be suppressed, and it must be material – that is, create a reasonable likelihood that it affected the outcome. The evidence is considered collectively, against the whole record. There is no dispute that the evidence was favorable to the defendants in this case and was suppressed; the only question is whether the suppressed evidence was material.

The convicted men argue that if they had had access to the information that was withheld, the trial would have been very different. They could have offered the jury a competing theory – one that was consistent with both McMillan’s record and the crime-scene evidence. That could in turn have given rise to reasonable doubt by the jury about the prosecution’s theory, particularly when even prosecutors acknowledged that the case “easily could have gone the other way.” Russell Overton, who was convicted only after the jury had told the trial court that it was hopelessly deadlocked and taken dozens of votes, contends that this is especially true in his case, given what he describes as “the substantial weaknesses in the government’s case against” him.

The government counters that the evidence that was suppressed “does not undermine confidence” in the convicted men’s “guilt of the brutal slaying of Catherine Fuller.” The men had “ample opportunity and incentive” to come up with an alternative theory of the case, the government notes, but they just didn’t do so. Knowing about James McMillan would not have made a difference, the government continues, in part because the links between McMillan and the assault on Fuller were tenuous at best. And any evidence relating to the 1992 murder for which McMillan was convicted could not have been suppressed, because it did not exist when the defendants in this case went to trial. Moreover, an alternative theory that sought to pin the blame on McMillan or some other small group of perpetrators would not have made much sense, given that two of the government’s witnesses had pleaded guilty to participating in a group assault.

When the convicted men asked the Supreme Court to take on their appeal, their two petitions presented three questions, all related to Brady, for the justices’ possible review. But in their order granting certiorari, the justices asked the men and the government to brief one, simpler question: whether the men’s convictions “must be set aside under Brady.” That change in the question presented, especially when combined with the highly fact-bound nature of the case, at least suggests that the justices granted review to reverse the men’s convictions. But we will know more about that after the oral argument tomorrow.