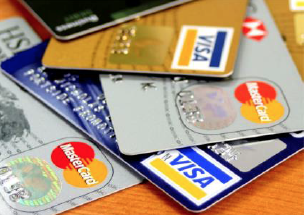 Merchants and credit-card networks have battled for years over “interchange” fees, the charges that merchants pay when they accept cards in retail transactions. In some countries, merchants have persuaded regulators to cut the card companies’ prices. In the United States, merchants have challenged the fees in a seemingly endless series of antitrust cases, one of which (Visa v. Stoumbos) was on the court’s fall argument calendar before it was dismissed as improvidently granted. Merchants also succeeded in obtaining a provision in Dodd-Frank, the financial-services reform law enacted after the recent recession, that sharply curtailed interchange fees for debit cards.

Merchants also have tried to battle the fees at the cash register. Specifically, some merchants would like to persuade customers not to use credit cards by charging more when they do so. That conflict has played out for the most part in state legislatures, where credit-card networks and consumer advocates have pressed for legislation making it illegal to impose a surcharge for use of a credit card. The federal Truth in Lending Act included such a rule for a time, and ten states (including New York) presently forbid that practice. Importantly, the statutes typically do not prohibit merchants from offering a discount to purchasers who pay with cash or checks. Economically, the distinction between offering a discount for cash (or checks) and imposing a surcharge for cards might seem like a small thing, but the protracted legislative battles over the question show that both merchants and card networks think the difference is crucial.

So how, you might ask, does such a prosaic commercial battle reach the Supreme Court? The merchants have come up with the creative idea that the New York anti-surcharge statute violates the First Amendment because it prevents merchants from using “surcharge” as a way to describe any higher price they charge to payment-card users. The U.S. Court of Appeals for the 2nd Circuit rejected the merchants’ contention out of hand, concluding that the New York statute regulates only conduct, not speech. In that court’s view, the statute affected only a “pricing practice,” something that is not subject to First Amendment scrutiny.

The petitioners, a group of merchants led by Expressions Hair Design, argue that the 2nd Circuit’s decision entirely misses the point of the statutory prohibition. They emphasize that the statute plainly would permit the merchants to charge different prices to card users and cash users if they told the cash users they were getting a discount; the only thing the statute prohibits, they argue, is the truthful statement that merchants are imposing a “surcharge” for the use of a card. The difference between a “cash discount” and a “card surcharge” is not merely semantic, they argue, because consumers are more likely to respond to the “surcharge” label than the “discount” label. By forbidding merchants to use the surcharge label, the statute effectively prevents merchants from using truthful information to influence the behavior of their customers. Framed that way, this case belongs in the long line of First Amendment cases invalidating statutes that interfere with markets by prohibiting truthful advertising.

The biggest problem with the merchants’ position is that their attack may not match the statute before the court. New York defends its statute as a classic pricing control – outlawing the specific pricing practice of charging cardholders more than the list price of a commodity. Merchants are free to post two separate prices, they are free to obligate cardholders to pay the higher price, and they are free to say anything they like about why they choose to do so. What they can’t do, though, is establish a “list” price or “sticker” price and charge cardholders an extra amount above that price. New York points to a host of long-standing state and federal statutes, never challenged under the First Amendment, that prohibit or limit various charges above a merchant’s benchmark price.

The remarkable volume of amicus briefs underscores the high stakes in play: twelve in support of the merchants, ten in support of New York, and one (from the United States) in support of neither party. In part, the variegated interests reflect the cross-cutting concerns that the litigation raises. Because the case turns on the doctrinal framework for assessing commercial speech under the First Amendment, First Amendment scholars are concerned, weighing in with dueling amicus briefs on each side of the case. Because a central debate in the case involves the idea that consumers react differently to “discounts” and “surcharges,” behavioral economists have a lot to say; competing groups of economics scholars also chime in on both sides of the matter. Consumer advocates concerned about the market power of credit-card networks appear in support of the merchants. Other consumer advocates join state governments in supporting New York, attempting to ensure that states are free to adopt consumer-protective pricing regulations. And that doesn’t even get to the briefs from businesses with a relatively direct interest in the question as a matter of profit and loss.

For me, the main thing to watch for in the argument will be whether the advocates on either side can get the justices interested in anything other than the most minimalist decision. The case will be heard by the existing eight-member bench, which has shown a strong predilection for disposing of cases on the narrowest possible ground, often without providing much help in resolving the underlying dispute. Against that backdrop, the parties’ starkly different understandings of the way the statute actually works almost cry out for some sort of minimalist decision sending the case back to the 2nd Circuit for further explication of how the statute operates on the ground. It will be a notable achievement if any of the advocates can persuade the justices to speak directly to the resolution of the case on the merits.

[Disclosure: Goldstein & Russell, P.C., whose attorneys contribute to this blog in various capacities, is among the counsel on an amicus brief in support of the petitioner in this case.  However, the author of this post is not affiliated with the firm.]