Argument preview: “The first thing we do, let’s pay all the lawyers!” – Justices return, again, to standards for ordering attorney’s fees in IP cases 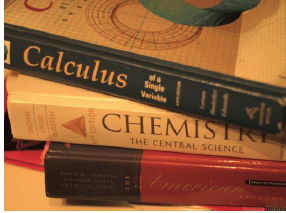 For the third time in as many years, and the second time this Term, the Justices will spend an hour next week considering how district courts should decide whether to enhance compensatory awards in intellectual property cases. Two years ago, the twin cases of Highmark Inc. v. Allcare Health Management Systems, Inc. and Octane Fitness v. Icon Health and Fitness considered the standard for identifying patent cases sufficiently “exceptional” to warrant fee awards. Last fall, the arguments in Halo Electronics, Inc. v. Pulse Electronics, Inc. and Stryker Corp. v. Zimmer, Inc. examined when patent litigation was sufficiently egregious to warrant enhanced damages. Next week, the argument in Kirtsaeng v. John Wiley & Sons will examine the standard for awarding attorney’s fees to the prevailing party in a copyright case.

If you’re thinking that the caption of next week’s case sounds familiar, then you’ve been paying attention to the Court’s docket. The case has been haunting the Court’s docket since the October Term 2011, when Supap Kirtsaeng filed a petition challenging the Second Circuit’s ruling that he was liable to John Wiley for reselling in the United States textbooks that he had purchased overseas. The Court accepted that petition and eventually agreed that Kirtsaeng was not liable – because the “first sale” of those textbooks had exhausted John Wiley’s interest in those particular copies. On remand, Kirtsaeng sought attorney’s fees in the district court. The relevant statute (Copyright Act § 505) provides that the trial “court may . . . award a reasonable attorney’s fee to the prevailing party.” Largely because John Wiley’s claim against Kirtsaeng was reasonable – three Justices on the Supreme Court thought John Wiley should have prevailed – the district court rejected Kirtsaeng’s claim for fees, and the Second Circuit affirmed.

All five of these cases (Kirtsaeng as well as Highmark, Octane, Halo, and Stryker) bear the same general features. All three of the applicable statutes authorize trial courts to single out particular cases for an award to the prevailing party that goes beyond compensatory damages. Although the language differs slightly, all three statutes use vague language redolent of trial-court discretion. In all of the cases, the courts of appeals (the Federal Circuit in the patent cases and the Second Circuit here) have articulated frameworks to guide the trial court’s discretion. In all five of the cases, the losing parties bring to the Court strong claims that the frameworks are too narrow, that the district courts should be free to bring a more unguided sense of equity to the problem. And with Halo and Stryker still pending, what we can see from the Justices to date is the twin decisions in Highmark and Octane, which bestow broad discretion on the district court and limit appellate review to abuse of that discretion.

The most notable thing about the briefs here is the starkly different portraits they present of the decisions of the courts below. Kirtsaeng presents an argument designed to make the Second Circuit look like the absolute worst of what the Court fears from the Federal Circuit. Kirtsaeng claims that the Second Circuit has adopted a rigid test that in practice prohibits fees whenever the position of the defendant is objectively reasonable. Kirtsaeng calls for a much less channeled regime, in which district courts would award fees whenever it would “advance the purposes of the Copyright Act,” a standard that will seem no more specific than it does at first glance even if you work yourself through fifteen pages of discussion in Kirtsaeng’s brief.

The publisher John Wiley, in contrast, acknowledges that objective reasonableness is an important factor under the Second Circuit’s case law, but it contends that the court considers many other factors as well; it just happens that in this case (so the publisher argues) none of those factors weighed in favor of an award of fees to Kirtsaeng. Of particular importance is the point that the Second Circuit frequently permits fee awards even when the losing party’s position was objectively reasonable; the federal government (appearing in support of the publisher) argues that point in detail.

The basic problem for the publisher (and the federal government) is explaining why courts should draw an emphasis on “objective reasonableness” from the unadorned statutory prescription that courts “may” award fees. Both the publisher and the federal government respond with a classic historical argument: that cases under the 1909 act emphasized objective reasonableness as the touchstone of a fee award; that the language in the current statute (adopted in the 1976 act) tracks the 1909 language; and that the Court should assume that Congress intended that courts adhere to their reading of the prior law.

It is difficult to come away with a firm vision of the case just from the briefs. On the one hand, the Court’s cases pressing the “American” rule reflect a visceral skepticism of readily available fee awards. On the other hand, as Highmark and Octane make clear, the Justices are equally dubious about appellate courts taking into their hands discretion that Congress intended to delegate to the trial court. On balance, though, two points leave me with a slight expectation that the Justices will come to the argument next week skeptical about a fee award here.

The first is an excellent amicus brief from Volunteer Lawyers for the Arts, which does not often weigh in on the side of the big content providers. Their point here is that easy fee-shifting will make it almost impossible for impecunious artists to protect themselves in litigation, even when they can find counsel willing to represent them pro bono: once the artists know they can be hit for large fee awards even if they take reasonable litigation positions, it becomes much riskier for them to risk defending their rights in litigation.

The second big problem for Kirtsaeng is the unsympathetic nature of the fee request. The fee request sought $125,000 for litigation in the district court and court of appeals, but $2 million for litigation in the Supreme Court, more than six times the fees the publisher paid its counsel in the Supreme Court. The fees for coordination with amici alone were $500,000, more than the total fee that the publisher paid its counsel. Most tellingly, the fee agreement between Kirtsaeng and his counsel provided that Kirtsaeng would have no obligation to pay the fees, which his counsel could collect only out of a fee award from the publisher. Technically, of course, the nature of the fee request is irrelevant to the availability of an award, but I expect that some of the Justices will come to the matter skeptical of the equity of Kirtsaeng’s position.

The preceding might sound like I’ve “bought in” to the publisher’s position. If so, it bears noting how difficult it is to get an affirmance in a case interpreting a statute as vague as this one. Unless most of the Justices agree with the exact list of factors the Second Circuit has identified, the case is likely to produce a “vacate and remand” order even if the Court is largely unsympathetic to Kirtsaeng’s situation. I also should point out that I wrote a detailed post before the first Kirtsaeng argument, explaining why I thought the publisher had the better position in the briefs in that case. But then after the argument I wrote a post explaining that Kirtsaeng’s counsel Joshua Rosenkranz had done such a masterful job of responding to the Justices’ concerns that he seemed to have won the case at the argument. Rosenkranz is appearing for Kirtsaeng again next week, so I think it would not be a good idea to count him out just yet. Suffice it to say, though, that we can expect some pointed questions about the slippery standard that Rosenkranz proposes and about the details of the fee arrangement for which he seeks compensation.