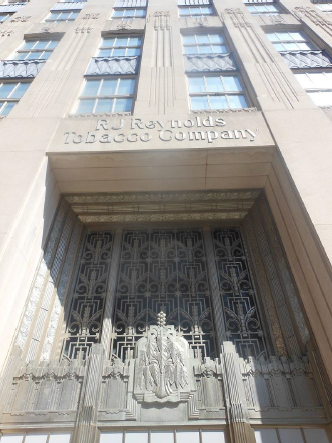 The Supreme Court has not been a particularly hospitable place in recent years for foreign plaintiffs wanting to sue in U.S. courts for conduct that took place overseas. In 2010, the Justices ruled that U.S. securities laws do not provide a cause of action to foreign plaintiffs suing foreign and American defendants for misconduct in connection with securities traded on foreign exchanges. Three years later, the Court held that Nigerian nationals living in the United States could not sue foreign corporations in U.S. courts for the corporations’ alleged role in human rights violations in Nigeria. The European Community and a group of its member states are hoping for a friendlier reception next week, when the Court hears oral arguments on the question whether and, if so, to what extent the Racketeer Influenced and Corrupt Organizations Act, popularly known as RICO, applies outside the United States.

RICO is a 1970 law that was enacted to impose civil and criminal penalties for organized crime, but since then it has been extended to lawsuits involving (among others) anti-abortion activists and insider trading. Liability under RICO requires involvement in an enterprise that operates through a pattern of racketeering activity – specifically, two or more related and continuous acts of racketeering activity within a ten-year period. The statute sets out a series of federal and state crimes, known as “predicate acts,” that can qualify as racketeering activity: the list ranges from embezzlement of union funds and gambling to money laundering and acts of terrorism. RICO also allows private civil lawsuits that, if successful, can result in awards to plaintiffs of up to three times their actual damages.

The European Community and twenty-six of its member states filed just such a civil lawsuit in federal district court against RJR Nabisco and several entities related to it. The EC’s complaint depicts a shadowy international money-laundering plot straight out of a Tom Clancy novel: Russian and Colombian criminal groups smuggle illegal drugs into Europe and then launder the money from the sales of those drugs in an intricate scheme that included the sales of RJR’s cigarettes. RJR played a key role in this scheme, according to the EC; the complaint describes trips by RJR executives to Central and South America, where they bribed border guards to enter Colombia illegally and then returned to Venezuela to wire the payments for cigarettes to RJR accounts in the United States. This scheme, the EC contends, injured European countries in many ways, including lost tax revenues, an increase in law enforcement costs, and lost profits from their own state-owned tobacco businesses.

The district court dismissed the case. It reasoned that the EC had not pleaded claims actionable under RICO because the “enterprise” alleged in the complaint was both located and directed outside the United States. But on appeal, the U.S. Court of Appeals for the Second Circuit allowed the EC’s lawsuit against RJR to go forward; RJR then asked the Supreme Court to weigh in, which it agreed to do last year. Justice Sonia Sotomayor will not participate in the case, presumably because she was involved in an earlier iteration of the case while she was a judge on the Second Circuit. With the vacancy created by the death of Justice Antonin Scalia still unfilled, only seven Justices will hear oral arguments on Monday.

U.S. law has long applied a “presumption against extraterritoriality”: unless Congress has clearly expressed an intent to the contrary, U.S. law only applies within the United States. That presumption means, RJR argues in the Supreme Court, that to determine whether a statute like RICO applies outside the United States, courts must look at “the focus of the federal statute involved and must limit it to domestic applications unless Congress provides a clear indication that foreign applications are covered too.” Here, RJR emphasizes, it is clear from the law’s purpose, title, and text that the focus of 18 U.S.C. § 1962, which sets out the conduct that RICO prohibits, is the “the corruption of enterprises” rather than the predicate acts or the pattern of racketeering activity required for the law to apply. And there is no indication, much less a clear one, that Congress intended for RICO to apply to the corruption of foreign enterprises.

The same is true, RJR continues, for 18 U.S.C. § 1964(c), the RICO provision that allows private civil suits. The focus of that provision, RJR argues, is providing a remedy to private plaintiffs for their injuries; nothing in the text provides even a “hint . . . much less a clear indication” that it applies to foreign injuries. Requiring that a plaintiff in a private civil suit have suffered a domestic injury also makes sense, RJR maintains, because private parties may not, and are not required to, consider whether their extraterritorial lawsuits may affect foreign relations and cause international friction.

Under this standard, RJR concludes, the EC’s lawsuit cannot survive, because its complaint does not allege a domestic enterprise, instead contending only that RJR facilitated “a foreign enterprise that is directed and controlled by criminal gangs based in Europe, South America, and Asia.” Nor does the EC allege a domestic injury, “instead seeking redress only for foreign harms to European governments.”

For its part, the EC challenges whether the question that the Court agreed to review – whether and to what extent RICO applies extraterritorially – is even relevant to its case. Its complaint, the EC emphasizes, merely alleges that RJR and its related entities, all of which are U.S. corporations, “engaged in racketeering activity that indisputably took place in the United States and involved indisputably domestic enterprises.” In the EC’s view, its case can thus proceed even if RICO does not apply extraterritorially.

But in any event, the EC continues, RICO does apply extraterritorially. The EC finds common ground with RJR on one point: in determining whether a statute applies extraterritorially, the threshold inquiry looks at the focus of the statute. But the consensus ends there, because the EC contends that the focus of Section 1962 is not the enterprise but instead the underlying illegal conduct that constitutes a pattern of racketeering activity. And Congress, the EC continues, clearly intended that such illegal conduct would include conduct that occurs overseas, because some predicate acts – such as killing a U.S. national outside the United States and using weapons of mass destruction outside the United States – obviously apply only to extraterritorial conduct. A ruling that RICO only applies if the “enterprise” at issue is in the United States would make no sense, the EC suggests, because there would be no reason for Congress to include those predicate acts if they don’t qualify as a “pattern of racketeering activity.”

Nor, in the EC’s view, are private civil lawsuits limited to those involving injuries in the U.S. Not only is there “centuries-old authority which confirms that foreigners can resort to U.S. courts to redress injuries caused by Americans,” the Supreme Court itself has applied Section 1964(c) in cases involving foreign injuries. Moreover, when it enacted Section 1964(c), Congress used the exact same language it had used in a 1914 antitrust law – which, the Court had already made clear, applied to injuries sustained overseas. In borrowing that language, the EC stresses, Congress would have factored in concerns relating to international comity – the principle that U.S. courts should sometimes limit their own jurisdiction out of respect for the sovereignty of other nations. But in any event, the EC assures the Justices, comity concerns do not play any role in this case, because the E.C. and other plaintiffs “are among the United States’s closest and oldest allies.” Indeed, the EC adds, it would likely be far more detrimental to international relations for each individual nation to file its own lawsuit against RJR in its own courts, under its own laws.

The federal government agrees mostly (but not entirely) with the EC on RICO’s extraterritorial scope. It agrees, for example, that Congress intended RICO to apply extraterritorially in at least some circumstances, as evidenced by the inclusion of several predicate crimes that clearly apply outside the U.S. It also agrees that RICO does not require an “enterprise” to be domestic. Imposing that requirement, the federal government contends, “would needlessly hamper the United States in prosecuting RICO cases involving foreign terrorist enterprises or other foreign criminal operations. It would also reward criminals restructuring their activities to involve foreign entities rather than domestic ones.” But the government parts ways with the EC on a crucial point, agreeing with RJR that RICO’s private treble-damages remedy is only available when the plaintiff can prove a domestic injury. The case should be sent back to the lower courts, the government contends, for them to determine whether the EC can make that showing.

In his 2013 decision for the Court barring the lawsuit by Nigerian nationals for alleged human rights abuses that took place overseas, Chief Justice John Roberts emphasized that Congress certainly could not have intended for the United States to serve as the world’s “moral custodian.” One “friend of the Court” brief supporting RJR echoed that sentiment in this case, telling the Justices that allowing lawsuits like this one to go forward will effectively make federal courts in the U.S. “world courts” – particularly when, in the wake of the Court’s recent decisions limiting the extraterritorial reach of other U.S. laws, “activist plaintiffs are strategically pivoting to civil RICO as a surrogate for claims that are now foreclosed” under those laws. These concerns may well be on the Justices’ minds next week; if they are, the EC may face a real challenge in convincing the seven Justices to allow its case to proceed.