Argument preview: Does the EEOC owe $4.7 million in attorney’s fees? 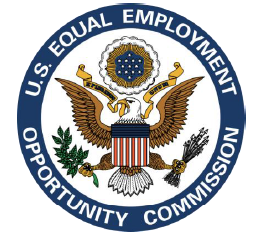 Nearly $4.7 million in attorney’s fees – the largest award ever levied against the Equal Employment Opportunity Commission – are on the table for the March 28 oral argument in CRST Van Expedited, Inc. v. EEOC. The district court entered judgment for CRST, and a statute allows a “prevailing party” to recover its attorney’s fees, but the Eighth Circuit held that CRST was not a statutory “prevailing party” because CRST did not win “on the merits” of the EEOC’s claims. There never was a judicial determination as to whether CRST violated Title VII of the Civil Rights Act of 1964.

The Court granted certiorari to consider whether a dismissal of a Title VII case, based on the EEOC’s total failure to satisfy its pre-suit investigation, reasonable cause, and conciliation obligations, can form the basis of an attorney’s fee award to the defendant under Section 706(k) of Title VII. However, two questions about the state of the trial court record were not apparent during the certiorari stage, and the answers could determine the outcome in this case: (1) Did the district court dismiss this case “with prejudice”? (2) Does the dismissal have res judicata effect?

The EEOC sued CRST on behalf of one individual and a class of unidentified employees claiming Title VII violations. Although the EEOC eventually named 270 individuals, all but sixty-seven were dropped out of the case. The district court found that the EEOC had “wholly abdicated” its pre-suit duty to make separate investigations, reasonable cause determinations, or conciliation attempts as to each of the remaining sixty-seven individuals. So the district court dismissed those claims. (This occurred before the Court last year in Mach Mining, LLC v. EEOC suggested that litigation be stayed while the EEOC complies.) It also awarded CRST’s attorney’s fees under Section 706(k) – a fee-shifting provision which says that “the court, in its discretion, may allow the prevailing party . . . a reasonable attorney’s fee (including expert fees) as part of the costs.”

Section 706(k) involves a two-step analysis: (1) whether the defendant was a prevailing party; and, if so, (2) whether the district court properly exercised its discretion in awarding attorney’s fees.

The Court in its 1978 decision Christiansburg Garment Co. v. EEOC ruled that “a district court may in its discretion award attorney’s fees to a prevailing defendant in a Title VII case upon a finding that the plaintiff’s action was frivolous, unreasonable, or without foundation, even though not brought in subjective bad faith.” But Christiansburg said nothing about how to decide whether a defendant is a “prevailing party.”

Both parties reject the Eighth Circuit’s “on the merits” rule

This reasoning is pretty shaky because in the Christiansburg case itself the EEOC lost due to a wholly procedural issue, and still the Court proceeded with its “frivolous, unreasonable, or without foundation” analysis. The Christiansburg dismissal had nothing to do with the merits, yet the Court did not suggest that the defendant was not a prevailing party.

As the parties go into oral arguments, neither one will be relying on the Eighth Circuit’s reasoning.

What does “prevailing party” mean?

The Supreme Court has not spoken on what is required for a defendant to be a “prevailing party” under Section 706(k). For plaintiffs, the Court has said that “prevailing” requires that there be some judicially mandated change in the parties’ legal relationship – not just a voluntary change in the defendant’s conduct, or a favorable judicial statement of law in the course of litigation.

Will the Court apply the same requirement – a judicially mandated change in the parties’ legal relationship – to a defendant? Or does a defendant “prevail” by successfully resisting such a change?

CRST argues that requiring defendants to attain relief on the merits of a claim makes no sense because defendants do not have claims and they seek no relief. CRST asserts that Section 706(k) is there to protect defendants from unreasonable and unnecessary litigation costs, and that decisions to litigate can be unreasonable for many reasons that do not bear on the ultimate merits of the claims.

CRST’s back-up argument is that it did prevail on the merits because the EEOC’s pre-suit obligations are elements of the EEOC’s statutory cause of action, similar to the numerosity requirement for a covered “employer.” The EEOC’s response is that its pre-suit obligations are procedural pre-conditions to filing suit (akin to a private litigant filing an EEOC charge), and not elements of its claim.

The EEOC argues that to be “prevailing” a defendant must obtain a “judicially sanctioned change in the parties’ legal relationship.” This means that there must be a judicial determination that has the effect of barring further litigation on the plaintiff’s claim – a judgment with res judicata effect. Dismissing the case because the plaintiff sued too soon or without satisfying a procedural requirement would allow the dispute to pop up again later. In the EEOC’s view, this means that the litigation has not definitively ended in the defendant’s favor, so the defendant is not a prevailing party.

Applying this reasoning, the EEOC argues that, when a dismissal is based on a failure to satisfy Title VII’s pre-suit requirements, the EEOC can later satisfy those requirements and then return to court. (In Mach Mining, decided after the Eighth Circuit’s decision in this case, the Court indicated that a district court should stay the litigation while the EEOC satisfies its pre-suit duties.) Thus, the EEOC contends that CRST did not get a judgment with res judicata effect.

Amazingly, the EEOC’s legal theory was first unveiled when it filed its brief on February 18. Referring to this as a “stunning about-face,” CRST urges the Court to disregard the EEOC’s “entirely new theory” on the ground that it has been waived because the EEOC never mentioned it during six years of litigation, including two appeals to the Eighth Circuit.

Addressing the EEOC’s argument directly, CRST asserts that a defendant “prevails” when a final judgment gives the plaintiff no relief, even if the judgment is “without prejudice.”

The parties disagree on whether the trial court record shows that CRST got a dismissal “with prejudice.” This is a pivotal point. If the dismissal was with prejudice, then it was res judicata and CRST should be a “prevailing party” even under the EEOC’s theory. This disagreement first surfaced during the final briefing stage, and both briefs discuss in detail the district court’s docket entries and statements by the trial judge and the litigants. CRST charges that the EEOC’s version of the trial court record is “revisionist history.” The Justices don’t like cases in which the record itself is muddied this way. It’s the sort of thing that can lead the Court to dismiss the writ of certiorari as improvidently granted, which would leave the Eighth Circuit judgment (and the EEOC’s win) intact.

Frivolous, unreasonable, or without foundation

Assuming that CRST was a “prevailing party,” the focus shifts to Christiansburg‘s test – whether the EEOC’s behavior (not merely its legal claims) was “frivolous, unreasonable, or without foundation.”

Christiansburg‘s analysis suggests that its “frivolous, unreasonable, or without foundation” test should apply to EEOC’s conduct in bringing its claims as well as to the claims themselves. The merits of the EEOC’s claims themselves were never at issue in Christiansburg. Likewise, the Court in its 1989 decision in Flight Attendants v. Zipes said that the right to attorney’s fees against an intervenor hinges on whether the “intervention” was frivolous, unreasonable, or without foundation.

The district court concluded that “the EEOC’s actions in pursuing this lawsuit were unreasonable, contrary to the procedure outlined by Title VII and imposed an unnecessary burden upon CRST and the court.” That court also said that the EEOC’s failure to perform its pre-suit duties frustrates Congress’s goal of ending discrimination without resort to lawsuits. The Eighth Circuit did not engage in any unreasonableness analysis because of its view that this is “impossible” without a judgment on the merits.

The EEOC’s position is that it acted reasonably because it can and did satisfy its pre-suit duties on a class-wide basis, and it is not required to satisfy those duties as to each of the sixty-seven claimants individually. The EEOC argues that, because similar views were expressed by other courts of appeals, the dissenting Eighth Circuit judge in the same case, and the later Supreme Court decision in Mach Mining, the EEOC was reasonable.

CRST’s response is that the district court properly exercised its discretion, the EEOC has flagrantly violated federal law, and failure to comply with a clear statute is unreasonable.