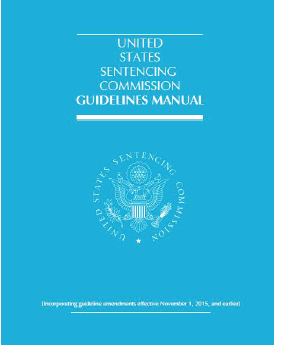 Before modern reforms, federal sentences were essentially unreviewable on appeal. This reality resulted largely from the absence of substantive federal directives for district judges in exercising their sentencing discretion. A defendant — or a prosecutor, for that matter — was hard pressed to complain on appeal that a sentence was premised on a legal error when no sentencing laws structured what sentences district judges were to impose within wide statutory sentencing ranges.

Through passage of the Sentencing Reform Act of 1984, Congress brought law to federal sentencing. The SRA created the U.S. Sentencing Commission to promulgate sentencing guidelines directing how federal judges impose sentences. The Guidelines Manual now runs more than 500 pages and requires district judges to parse intricate provisions to calculate an “offense level” and a “criminal history score” to determine a defendant’s recommended guidelines sentencing range. Federal sentencing is now so chock full of so much law, it is inevitable that federal judges sometimes make technical mistakes in calculating a defendant’s proper guideline range. On January 12, the Supreme Court in Molina-Martinez v. United States will hear argument concerning how the courts of appeals should approach “plain error” review of guideline calculation errors not noticed until appeal.

Petitioner Saul Molina-Martinez is not a particularly sympathetic character. A Mexican citizen, Molina-Martinez was arrested in August 2012 while trying to sneak past a border-patrol checkpoint in Texas, and he admitted to having illegally entered the United States a few days earlier. A records check showed Molina-Martinez had been convicted of aggravated burglary in Tennessee in 2002 and 2011 and previously deported to Mexico in 2007 and 2012. He was charged and pleaded guilty to being unlawfully in the United States after having been deported for an aggravated felony. A Presentence Report (PSR) calculated Molina-Martinez’s guideline offense level to be 21, his criminal history category to be VI, and his resulting advisory Sentencing Guidelines range to be 77 to 96 months of imprisonment.

The Fifth Circuit held that, because Molina-Martinez did not raise an objection to criminal history calculations in district court, his claim was reviewable only for plain error under Federal Rule of Criminal Procedure 52(b). The court thereafter held that, although the district court had made a clear error in calculating criminal history, Molina-Martinez had not established that the error affected his substantial rights to satisfy the requirements for plain-error review. In so doing, the Fifth Circuit rejected Molina-Martinez’s contention that any error in calculating a guidelines range should be considered presumptively prejudicial. In the Fifth Circuit’s view, because Molina-Martinez’s sentence fell within both guidelines ranges, he had “to point to ‘additional evidence’ in the record, other than the difference in ranges, to show an effect on his substantial rights.” It was insufficient, according to the Fifth Circuit, that Molina-Martinez had been sentenced at the bottom of the incorrect range or that the parties had anchored their sentencing arguments to incorrect guideline range.

In his petition for review to the Supreme Court, Molina-Martinez noted that in United States v. Olano , the Supreme Court’s leading case concerning plain-error review, the Court had suggested that some errors perhaps should be presumed prejudicial even if the defendant cannot make a specific showing of prejudice. The petition also noted that at least two circuits had, in connection with errors in the application of the Sentencing Guidelines, adopted the presumption of prejudice that the Fifth Circuit had rejected in Molina-Martinez’s case. And in his merits briefs, Molina-Martinez contends that the application of an erroneous guideline range is a unique type of error that justifies the application of a rebuttable presumption of prejudice to satisfy a critical prong of plain-error review.

In making the case for adoption of a presumption of prejudice when a defendant was sentenced using the wrong guideline, Molina-Martinez contends that the natural effect of the use of an erroneously high guideline range is excess imprisonment. He supports this claim by stressing the Supreme Court’s recent ruling in Peugh v. United States stressing the continued centrality of the guidelines at sentencing and a survey of cases reporting results of plain-error review cases involving overlapping ranges that resulted in lower sentences imposed after a remand. Molina-Martinez further argues that it is unfairly difficult, in a typical case, for a defendant to have clear evidence showing the specific impact of an erroneous guideline range on the sentence ultimately imposed. Finally, Molina-Martinez argues that even it fails to adopt a prejudice presumption, the Court should find that the facts in his case are still sufficient to show that his substantial rights were affected by the error below.

In response, the government contends that the Court should not adopt a prejudice presumption for guideline calculations, and that all sentencing appellants must make the standard case-specific plain-error showing that any forfeited error had a reasonable probability of affecting the outcome. In the government’s view, adopting a rebuttable presumption of prejudice to favor defendants in any context “would unsettle the established case-specific framework of Rule 52 by shifting the burden of persuasion back to the government despite the defendant’s forfeiture.” The government further contends that, even if a presumption might be created for some plain-error contexts, adopting such a presumption of prejudice for guidelines-calculation errors is unjustified because not all guidelines errors are likely to have the same prejudicial effect and because the courts of appeals are fully capable of discerning prejudice in individual cases based on specific error at issue and other record evidence.

Emphasizing the reason plain-error review is generally restricted, the government also contends that adopting a presumption of prejudice would erode the incentive of parties to make timely objections and focus their full attention on guideline-calculation issues when the matter is before the district court. Finally, the government asserts that Molina-Martinez’s contention that he is entitled to relief even absent a presumption of prejudice is not fairly encompassed by the question presented and in any event is not supported by the record facts.

The Supreme Court has not always broken into traditional conservative and liberal blocks in recent and older cases addressing the intersection of guideline-calculation issues and the application of the federal rules of criminal procedures. However, in part because Molina-Martinez is not the most sympathetic of defendants, and because a number of current Justices may have deep reservations about adopting any doctrine that might be seen to water down the traditionally tough standards of plain-error review, it seems likely Molina-Martinez’s counsel will have an uphill battle convincing the Court to adopt the prejudice presumption he is seeking.