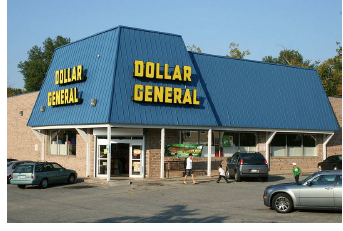 On Monday, December 7, the Court will hear arguments in the second federal Indian law case slated for the December sitting. This case pits the arguments of the Dollar General stores, a multi-billion dollar company, against those of a sophisticated federally recognized Indian tribe, the Mississippi Band of Choctaw Indians. The central question is whether tribal courts may properly exercise civil jurisdiction over non-Indians for tort claims. Dollar General argues that the Court has not resolved this specific question, but should find that tribal courts lack civil jurisdiction over tort claims absent congressional action or the clear consent of the non-Indian party subject to tribal court authority. The tribe and a significant number of amici, including the United States, contend that this legal issue is well settled and that the Choctaw tribal court properly has jurisdiction under clear facts applied to existing precedents. The outcome is likely to have an enormous impact on Indian tribal sovereignty and on tribal business relationships with business partners.

Dollar General opened a store on the Mississippi Choctaw reservation in 2000. The store is in a retail shopping plaza that is on tribal trust lands. Dollar General has a multi-year lease with a tribally owned company that manages the shopping center. The company consented to Mississippi Choctaw tribal court jurisdiction for matters arising out of its lease and operates its business pursuant to a business license issued under the Choctaw code. The tribe operates a youth job-training program which places tribal member youth with local businesses, with the tribe paying the youth for work done under the supervision of local businesses. A manager at the Dollar General store on the reservation agreed to participate in this tribal program in 2003 and had several tribal member youth working in the store during that summer. However, there is no written agreement between Dollar General and the tribe regarding the program or the placement of young tribal members in the Dollar General store, and Dollar General contends that the manager’s consent to participate was contrary to company policy. A thirteen-year old participant was allegedly sexually molested by the same manager in the summer of 2003. The tribe’s attorney general took measures to exclude the Dollar General employee from the reservation, but the United States Attorney never initiated criminal proceedings. The youth and his family brought various civil claims against the employee and Dollar General in tribal court. Dollar General contested the Choctaw tribal court’s jurisdiction on four separate occasions – at the lower tribal court level, at the Choctaw Supreme Court, in the federal district court, and at the U.S. Court of Appeals for the Fifth Circuit – and lost on each occasion.

In 1981, the Court held that tribes generally lack legislative authority over non-Indians within the boundaries of their respective reservations except for two specific situations. The first “Montana exception” allows tribal authority over non-Indians who enter into consensual relationships with a tribe or its members “through commercial dealing, contracts, leases, or other arrangements.” Prior to the certiorari stage, this case focused primarily on whether Dollar General consented to tribal court jurisdiction through the nexus of its various contacts and actions with the Mississippi Choctaw nation. But Dollar General’s primary argument now swings for the fences in urging the Court to fashion a broad rule against tribal court jurisdiction over non-Indians in civil matters unless Congress has expressly conferred such jurisdiction or the party has unambiguously consented.

What truly separates the two sides in this argument is their view on the nature of inherent tribal sovereignty. Dollar General argues that treaties, statutes, and decisions running back well over one hundred years demonstrate that tribal nations were never intended to have adjudicative authority over non-Indians, even for matters affecting tribal citizens and occurring on tribal lands. In short, Dollar General argues that tribal court power over non-Indians was stripped away during this early phase of U.S. history and can only be added back by congressional action or through express agreement between the tribal party and the non-Indian party. Dollar General argues that this type of analysis is what led the Court to rule that tribal courts lacked power over non-Indians in criminal matters in Oliphant v. Suquamish Indian Tribe in 1978, and it urges the Court to reach the same conclusion for civil matters. The Choctaw Tribe takes the opposite view: the full reservoir of a tribe’s inherent sovereign authority existing before interaction with the United States remains until Congress diminishes it through express action. The tribe contends that tribal court authority over civil torts involving non-Indians has always existed and is co-extensive with the rules set forth in Montana. The Solicitor General’s amicus brief supports the tribe’s point of view. For the tribe and the United States, the case remains about the issue of consent: did Dollar General consent to jurisdiction through its range of actions within the Choctaw reservation?

The Court’s grant of certiorari rightfully alarmed tribal advocates and federal Indian law experts. The Roberts Court has ruled against tribal interests on numerous occasions, although admittedly the language and tenor of the decision last year in Michigan v. Bay Mills Indian Community was significantly more supportive of the historical view of tribal sovereignty urged by the tribe and the United States in this case. Tribal advocates are no doubt hoping that the specific facts of this case and the respect for Indian law precedent shown in Bay Mills will carry the day with the Court rather than Dollar General’s lengthy exposition of how tribal courts lack sophistication and experience, are susceptible to political influence, and generally pose a fairness problem to non-Indians. If the Court is persuaded by Dollar General’s historical arguments and its contention that tribal courts are unfit to fairly adjudicate its claims, a stunningly broad categorical rule could emerge.

However, the tribe has strong arguments that offer a potentially tempting opportunity for the Court to affirm the lower court in this case without an expansive analysis of tribal court power over non-Indians in civil cases. Dollar General has a strong “nexus” of contacts with the Choctaw Tribe and its jurisdiction. It is difficult to believe that the laws and jurisdiction that were acceptable for the resolution of issues arising from its building lease are somehow truly dangerous to the company’s resolution of other civil matters. Further, all of the conduct giving rise to the claims in this case occurred on tribal trust land over which the tribal government exercises significant authority. Finally, the Mississippi Choctaw Tribe is a sophisticated government with robust laws and experienced governmental and judicial officers; it does not resemble the tribal court systems Dollar General describes in the opening pages of its papers. All of this suggests that the Court could retain its current “International Shoe style” nexus of contacts approach to judging consent by the non-Indian party and could use the specific facts of this case to hold in a rather unremarkable way that tribal adjudicatory jurisdiction is plainly co-extensive with the limited regulatory jurisdiction set forth in Montana. This would allow the Court to pass on Dollar General’s invitation to paint with bold strokes in paralleling the Oliphant analysis yet confine its ruling on tribal civil adjudicatory jurisdiction over non-Indians, at least for the time being, to facts such as these, for which the nexus of facts showing consent is arguably fairly strong.

As a practical matter, this case means a great deal to Indian Country, both in terms of sovereignty and in terms of economic development. The modern era of tribal self-determination, running from the Nixon administration to the present, carries with it several imperatives that are implicated by this case. The first is the urgent need for tribes to continue the hard work of building and refining strong governmental institutions, including experienced tribal courts, which enable self-determination through the exercise of sovereignty. The Mississippi Choctaw has long been held as an exemplar in this process of nation building, with detailed legal codes, robust administrative departments, and experienced judicial officers in a multi-level court system. Indian Country is watching this case carefully, understanding that a ruling for Dollar General is a blow to the nation-building process and the institutional strength of tribal courts. On the other hand, the second imperative is the need for robust tribal economic development, which often requires sufficient outside capital and experienced business partners to create jobs and increase tribal government revenues for the general welfare. The business community has generally been wary of the variability in size and sophistication of tribal governments, the relative inexperience of tribal courts when compared to robust state judiciaries, and the need for a degree of certainty and predictability in forums for dispute resolution. In short, business interests may be more inclined to partner with tribes if Dollar General prevails in this case.

[Disclosure: Goldstein & Russell, P.C., whose attorneys contribute to this blog in various capacities, is among the counsel to the petitioners in this case. The author of this post, however, is not affiliated with the law firm.]