One of the constitutional puzzles that never seems to get decided once and for all is how much sovereignty the states kept when they became part of the Union.  One of the true hallmarks of a sovereign is that it cannot be sued without its consent.  A California state agency, supported by most of the other states, is trying to persuade the Supreme Court to immunize states from being haled into other states’ courts, against their will.

On Monday, December 7, at 11 a.m., the Justices will hear — for a second time — the case of Franchise Tax Board of the State of California v. Hyatt.  It grows out of a running, years-long effort by that state agency to collect tens of millions of dollars that the board believes a Nevada inventor owes it in California taxes.  But the key issue is whether the tax board must answer, in Nevada courts, for the techniques it has used in trying to collect those tax revenues. 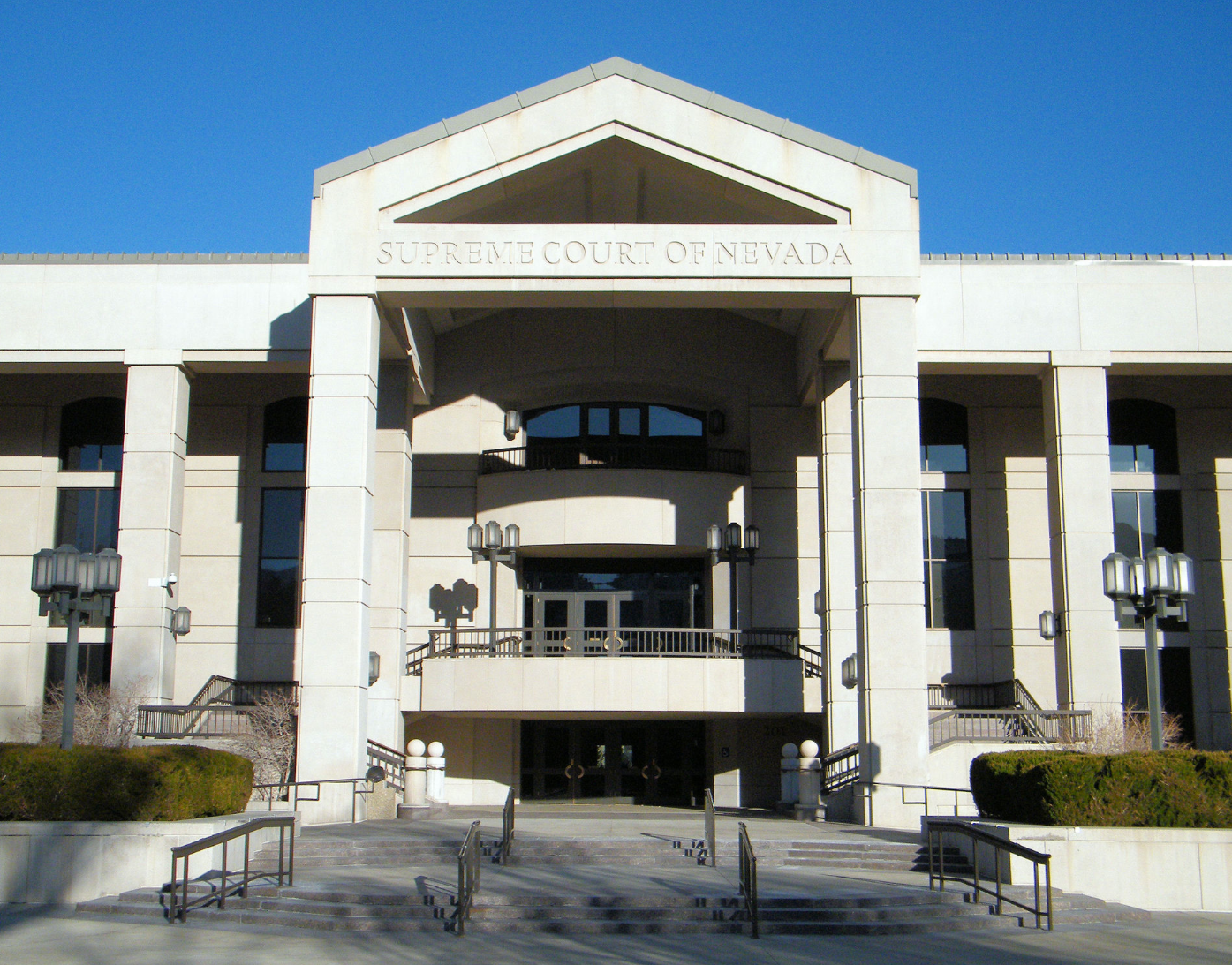 The inventor involved is Gilbert P. Hyatt, a former Californian now living in Nevada.  He has claimed to be the inventor of the microprocessor chip, the tiny device that has revolutionized the making of computers and other electronic devices, by allowing such devices to be made smaller and smaller. (His patent was cancelled in 1996 in favor of another inventor.)

He formerly lived in LaPalma, Calif., but moved to Las Vegas in 1991 or 1992 to take advantage of lower tax rates.  He has made millions from his interest in the chip.  In 1993, a tax auditor for California’s taxing agency saw a newspaper article discussing the money that Hyatt was making.  A check of a state tax return he filed in California showed, according to the tax board, that he had not reported income from licensing the chip patent.  It decided that he had reported only 3.5% of income it deemed subject to California tax.

Hyatt filed two protests with the tax board, and those took eleven years to complete.  He was unsuccessful in a challenge in California courts.

In the meantime, while those proceedings were unfolding in California, he had come to believe that the tax board’s auditing techniques were aggressive and deeply intrusive, so he sued the tax board in Nevada courts in 1998. He claimed, under Nevada law, invasion of privacy, intentional infliction of emotional distress, fraud, breach of confidence, and abuse of process.  Ultimately, the jury ruled for him on most of his claims, with the total damages reaching $490 million.

The tax board, seeking to head off the trial of Hyatt’s claims, took its immunity plea to that state’s supreme court, relying partly on the immunity it had under California law which, it said, Nevada was obliged to respect under the Full Faith and Credit Clause.  The Nevada Supreme Court rejected most of that challenge, and the case then went on to the U.S. Supreme Court.

In 2003, the Justices rejected the Full Faith and Credit Clause claim.  The tax board, the Court concluded, was not protected from Hyatt’s claims in Nevada, because the clause did not apply when another state’s laws would violate the forum state’s own public policy.

The ruling aIso relied on a 1979 precedent, Nevada v. Hall.  There, the Court had ruled that a state does not have sovereign immunity from being sued in another state’s courts.  That issue, it said, was not discussed at the Constitutional Convention.  Neither, it said, was it an issue when the Eleventh Amendment was added to the Constitution in 1795, barring a lawsuit against a state in its own courts, without its consent.

While a number of states supporting the tax board in that appeal asked the Court to overrule Nevada v. Hull, it declined to consider that plea because the tax board itself had not requested that.

Hyatt’s case then was tried in Nevada, and the jury awarded him a total damages verdict of $490 million.  The state supreme court on review took away much of that victory, concluding that only the intentional infliction claim survived and rejecting any award of punitive damages.  Thus, it said, a new trial had to be held to set the amount of damages.

The tax board then returned to the Supreme Court last March.  This time, the agency specifically asked the Justices to overrule Nevada v. Hall, arguing that more recent rulings by the Justices had enhanced the sovereignty of state governments and, in any event, the decision had since proved to be unworkable.

The Court on June 30 agreed to review that claim, along with the question whether Nevada courts were obliged to give the tax board the same immunity that a Nevada state agency would enjoy in Nevada courts — in this instance, a cap on damages of $50,000.  The board noted that, if the original jury verdict had stood, it would have been more than a thousand times higher than that cap.  (Since the Hyatt trial, Nevada has raised that cap to $100,000).

The Court declined to rule on a third issue, involving the scope of immunity when state employees have discretion to make decisions, as in the tax board’s auditing process.

Forty other states plus the Multistate Tax Commission supported Supreme Court review of the Nevada v. Hall question.  The International Municipal Lawyers Association favored review of the discretionary function question, which the Court declined to review.

The tax board’s merits brief proceeds first with the less ambitious argument — that Nevada was obliged to give a California state agency the benefit of the $50,000 cap on tort damages that Nevada agencies enjoy.  It relied upon the Court’s 2003 decision when this case was at the Court for the first time, noting that the Justices had cautioned then against a state having a “policy of hostility” toward its neighbors by failing to afford them comparable immunity to what its own agencies have.

The Nevada Supreme Court, the brief contended, had “blatantly transgressed these principles” by allowing “unlimited compensation damages” against the sister state’s tax board.  In fact, the filing said, the Nevada court applied the law of neither state, but instead adopted a different approach that its own state legislature had not authorized.

Although that part of its case is independent of the plea to overrule the 1979 Supreme Court precedent, much of the discussion on the “comity” point is focused upon arguments about the “equal sovereignty” of the states.  It thus set the stage for the broader plea, to cast aside Nevada v. Hall.

That precedent, the brief said, “is fundamentally inconsistent with the dignity and residual sovereignty of the states and conflicts with the most fundamental precepts of our constitutional system.”  Quoting a prior comment by Justice Anthony M. Kennedy, the brief said that those who wrote the Constitution “split the atom of sovereignty” — that is, between the federal government and the state governments.

But, the document went on, the Framers “did not obliterate the residual sovereignty of the states. . . .  Before the Framing, Massachusetts could not be haled into the New York courts by a New York citizen against its will, and nothing in the text or structure of the Constitution purported to change that.”  The immunity of one state in another state’s courts, it added, was well established even before the Constitution was ratified.

There should be a “bright line and predictable” constitutional rule on this point, the brief asserted.  The 1979 precedent produced an unworkable framework in which “a state never knows the extent of its sovereign immunity.”

Hyatt, in his brief on the merits, chided the tax board for having failed to raise the sovereignty issue the last time the case was at the Court, implying that it came upon that argument belatedly.

Hyatt, though, puts his main emphasis on the distinction it draws — with history’s support, he says — between sovereignty as a matter of right and sovereignty as a matter of “comity” (that is, the friendly accommodation by one party of another’s interests).  Whether “comity” in the form of immunity is extended to another state, Hyatt’s brief argued, depends upon the choice made by the “home sovereign” — in this state, Nevada.

What the California agency is attempting to do, Hyatt contended, is “to forcibly elevate its own sovereignty over that of Nevada.”  The Nevada legislature was entirely competent to write laws to be applied within its own borders, he said, and it has chosen not to extend the cap on damages to other states’ agencies sued in Nevada courts.

If a state wishes to gain immunity in a neighboring state’s courts, Hyatt contended, they should attempt to obtain it by “mutual agreement.”

Hyatt’s brief also sought to engender some sympathy for Hyatt personally, recounting some of the alleged misconduct of its auditors, such as “peering through his window and examining his mail and trash.”  The agent who pursued Hyatt most energetically, the brief argued, had become “obsessed” with her case against Hyatt.

The Franchise Tax Board has amicus support from forty-four states, the Multistate Tax Commission, a group of associations of state and local government bodies, and the South Carolina State Ports Authority.

Hyatt’s side is supported by nine law professors who teach courses in federal court jurisdiction.

The Court will hold one hour of oral argument on the case on December 7.  Paul D. Clement of the Washington, D.C., firm of Bancroft PLLC will represent the tax board, while H. Bartow Farr, who practices in Washington under his own name, will argue for Hyatt.  Each will have thirty minutes of time.