Court to rule on license plate messages, two other cases 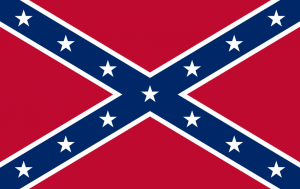 The Supreme Court agreed this afternoon to rule on a state government’s power to set up a specialty license plate program that controls the messages that may be displayed.  It accepted for review an appeal by the state of Texas, seeking to defend a state agency’s refusal to allow an organization to use a Confederate flag on a specialty plate because it found that display offensive.

The Court also agreed to spell out how state courts, in death penalty cases, are to handle the issue of whether the defendant is sufficiently mentally disabled to be spared a capital sentence.  And it took on a case to define the legal defenses that may be offered by a company accused of inducing others to infringe a patent.   It is likely that the new cases will be scheduled for argument in March.

The key issue in the license plate case (Walker v. Sons of Confederate Veterans) is whether the messages that are displayed on specialty tags are a form of government speech, so that officials can decide which to allow or to forbid.  If, however, they represent the views of the car or truck owner, then the government’s power to veto a message is more tightly restricted.

In a 1977 ruling, in Wooley v. Maynard, the Court treated a license plate message as a form of private speech displayed on private property, but it did not rule explicitly whether this was government speech or private speech more generally.  In the 2009 decision in Pleasant Grove City v. Summum, the Court decided that a government entity has a right to speak for itself, and thus has the authority to refuse to accept a symbolic monument for display in a public park.

The Court was asked in the Texas case, and in a separate North Carolina case that is now apparently being kept on hold, to clarify a split among federal appeals courts on whether vanity plate messages are to be treated as government or private expressions.  In the Texas case, a group that seeks to preserve the memory and reputation of soldiers who fought for the Confederacy sought state approval for a plate design that included the Confederate battle flag.

Ultimately, after a series of conflicting votes, a state agency turned down that design, saying that many people regard the rebels’ flag as associated with hatred toward groups.   The Texas Division of the Sons of Confederate Veterans sued, and ultimately won a decision by the U.S. Court of Appeals for the Fifth Circuit, declaring that specialty plate messages are a form of private speech, and that the state agency had engaged in forbidden viewpoint discrimination.

The Supreme Court will now review the Fifth Circuit’s decision.

In accepting a Louisiana murder case for review on Friday, the Court agreed to sort out whether an individual accused of a capital crime has a right to an independent court hearing on whether he suffers from mental incapacity, and thus could not be sentenced to death.  In the case of Brumfield v. Cain, the issue of Kevan Brumfield’s mental state was decided as an issue at the penalty phase of his murder trial, rather than at a separate inquiry.

Brumfield was sentenced to death for the shooting death of an off-duty Baton Rouge police officer during an attempted robbery at a night deposit box at a bank in 1993.  The officer had used a police car to transport a store manager on a trip to the bank to deposit the store’s proceeds.  Brumfield was charged with killing the officer and wounding the store manager.

In taking the case to the Supreme Court, Brumfield’s lawyers argued that he has a serious defect in his intellectual capacity, but that state courts dealt with his mental disability only for purposes of mitigation during the penalty phase of his trial.  The petition contended that he was entitled to a separate hearing on the question whether he was, because of his mental disability, eligible for the death penalty at all.  His petition raised a separate question on whether Brumfield was entitled to have the state pay for gathering evidence of his mental incapacity.

The patent case added to the decision docket is Commil USA v. Cisco Systems, growing out of a dispute between technology companies over Commil’s patent on a system that allows wireless communication devices to move from point to point on a WiFi computer network without signal interruptions.

Commit sued Cisco in federal court in Texas, claiming that Cisco’s WiFi products infringed on some of the claims of Commil’s patent. A jury ruled in Commil’s favor, awarding $3.8 million in damages.   However, the jury ruled that Cisco was not liable for inducing others to infringe.

The trial judge granted a new trial, on the induced infringement claim, but Cisco was blocked at that trial from defending itself by contending that the Commil patent was invalid.  Again, a jury ruled for Commil, and awarded it $63.8 million in damages.

Cisco appealed to the U.S. Court of Appeals for the Federal Circuit, the specialized appeals court that handles patent cases.  The Federal Circuit found that Cisco had wrongly been denied a chance to argue that the Commil patent was invalid.

Both Commil and Cisco filed petitions for review in the Supreme Court, with Commil raising the question whether Cisco should have been allowed to raise the patent validity issue as a defense, and Cisco posing the question over the scope of a retrial after the Federal Circuit’s ruling.