An individual cannot walk into a gun dealer’s shop and buy a gun for someone else by claiming to be the actual buyer, a deeply split Supreme Court ruled on Monday.  A form demanding to know who the actual purchaser is, the majority ruled, has to be answered truthfully, or else the transaction is illegal. 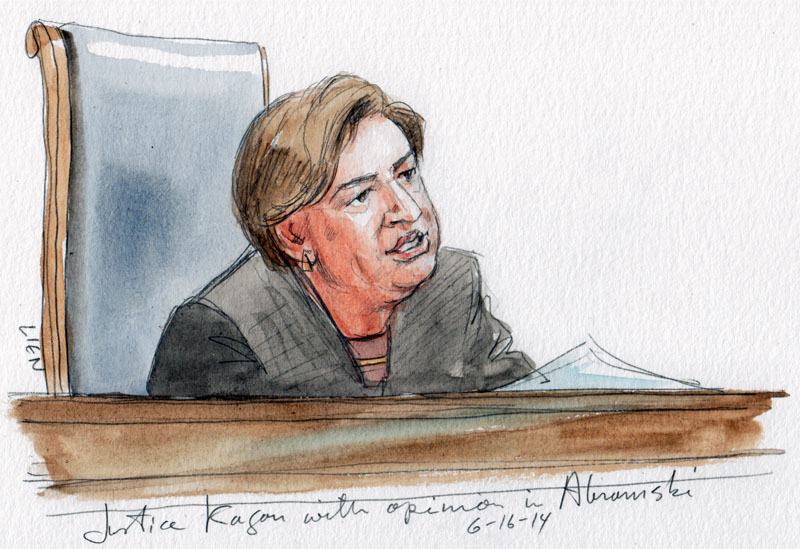 The practical effect of the ruling is likely to be shutting down, or at least cutting back on, an active market in gun-buying by “straw purchasers” — that is, mere stand-ins for the real buyers.  The Court cited data that about half of all federal investigations of illegal gun trafficking involve such purchasers.  “Deliverymen, after all, are not so hard to come by,” the Court majority remarked.

The ruling was limited to an analysis of the scope of a federal criminal law. There was no claim of interference with the right under the Second Amendment to have a gun for personal use.

It makes no difference, the Court majority stressed, that the individual who buys the gun personally or the individual who actually gets the gun after the purchase has a legal right to have a gun.  That does not excuse the crime of lying about who the buyer is at the time of the sale, it said.  The government has to be able to track gun buyers, and truthful forms about buyers are a key to that, according to the ruling.

The Court tied its ruling to the multi-faceted federal program of tracking guns that are used in crimes or guns that wind up in the hands of individuals not allowed to have them — such as convicted felons, the mentally ill, or drug addicts.  The system of gathering data about the true buyers of guns is essential, the opinion said, to a system of background checks designed to keep guns out of the wrong hands.

“No piece of information is more important under federal law ,” Justice Elena Kagan wrote for the majority, “than the identity of a gun’s purchaser — the person who acquires a gun as a result of a transaction with a licensed dealer.” Answering a form that asks about the actual purchase, Kagan added, “is fundamental to the lawfulness of a gun sale.”  A sale cannot even occur unless the true buyer is correctly identified, and is at the counter seeking to buy a weapon, the opinion noted.

Although Congress in recent years has been unable or unwilling to pass new gun-control laws, the elaborate scheme of background checking that was at issue in Monday’s ruling remains fully in force.  The decision in Abramski v. United States almost certainly will make that scheme work more reliably to track the movement of guns across the U.S.

Justice Antonin Scalia wrote for the dissenters, including Chief Justice John G. Roberts, Jr., and Justices Samuel A. Alito, Jr., and Clarence Thomas.  The Scalia opinion argued that the federal background-checking scheme simply does not apply to a gun purchase when both the person at the counter paying for the weapon and the person for whom the gun is being bought are legally eligible to have it.

The case involved the conviction of Bruce James Abramski, Jr., of Rocky Mount, Virginia, a former police officer who was convicted of claiming falsely that he was the buyer of a Glock 19 handgun, when in fact he was buying it for his uncle, Angel Alvarez.

After Alvarez sent Abramski a check for $400, Abramski went to a gun dealer in Collinsville, Virginia, who catered to police officers as customers.  He filled out the government-required purchase form, marking “yes” to a question about whether he was the actual purchaser.  After his conviction, he was given three years of probation.