On May 8, James McPherson and G. Edward White joined moderator Brad Snyder for the second lecture in the Supreme Court Historical Society’s Leon Silverman Lecture series, hosted by Scott Harris, the Clerk of the Supreme Court.  The focus of last week’s lecture was the effect of the Civil War on Justice Oliver Wendell Holmes. 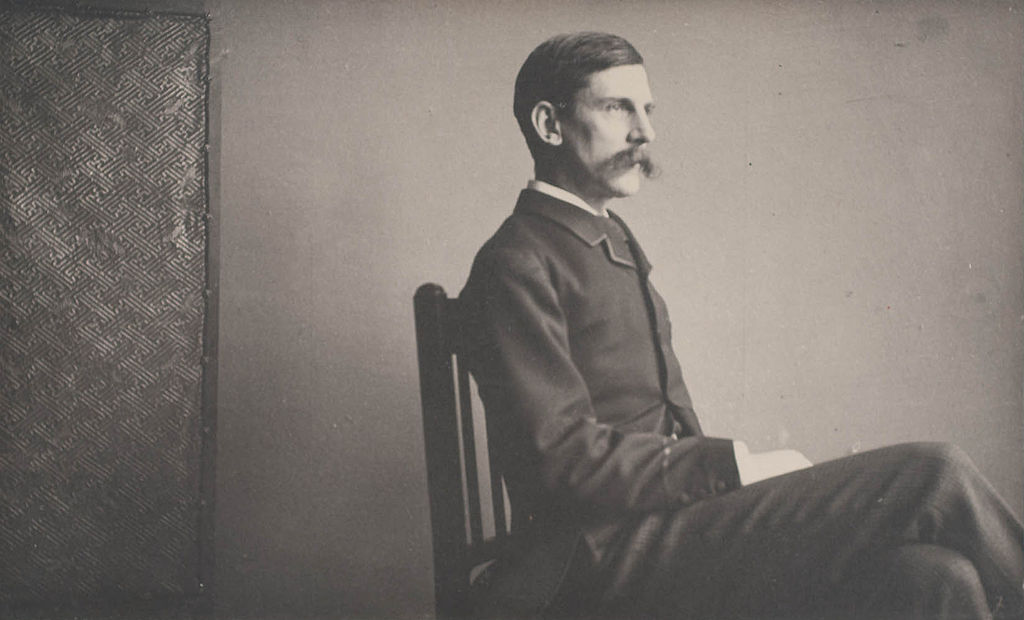 Holmes’s first public mention of the war came during his 1884 Memorial Day address, two decades after he left the Army of the Potomac, when he told his audience that, “in our youth, our hearts were touched with fire.”   That fire, McPherson told the audience, was Holmes’s service in the Massachusetts 20th regiment during the Civil War.  Holmes was quite literally touched by fire, McPherson reported, nearly dying twice during his three years of service.  The metaphorical touch of fire clearly left a mark on Holmes too, and the speakers dedicated the next hour to surveying that mark’s convoluted geometry.

After the war, there were many things Holmes was not, according to McPherson. He was not active in any veterans’ organizations and showed little inclination towards nationalism or patriotism.  And although he had risked his life for the Union, after his service was completed, his enthusiasm for abolitionism waned.  Indeed, Holmes successfully resisted his friend Norwood Penrose Hallowell’s entreaties to reenlist and join Hallowell in fighting with the first all-black regiment.  Furthermore, Holmes held Henry Abbott, who was openly contemptuous of blacks and President Lincoln, in high regard as one of the finest soldiers of the war.  If anything, the fire’s touch left Holmes rather cold, in terms of passion for the cause.

McPherson proposed that the true legacy of Holmes’s experiences during the war was a reverence for the “soldier’s faith”:  that is, the cause was overshadowed by the duty to fight.  This attitude, McPherson suggested, is reflected in Holmes’s legal pragmatism; as Holmes himself put it in the first line of his book, “The life of the law has not been logic, but experience.”

In his remarks, White suggested that Holmes’s attitude towards the war was deeply ambivalent.  By his own account, Holmes could not reenlist because he was too demoralized by the war.  But, White continued, at the same time Holmes carried guilt about ending his service before the war was over.  That guilt, according to White, also explains why Holmes did not participate in any veterans’ organizations after the war had ended.

However, although Holmes did carry guilt, he also carried a “private pride” for having served.  In his written correspondences, White noted, Holmes would mark the anniversaries of his war wounds, and when he died, two bullets (which had been extracted from his body) were found in his bedside table in a custom case, along with two uniforms in his closet.

White suggested that although serving in the war was certainly an important life experience, it’s hard to see any direct connection between Holmes’s service as a solder and his jurisprudence, especially when eighteen years separated those two chapters of his life.

White compared Holmes’s solitary intellectual journey as a jurist with the solitary crusade that a soldier undertakes in war.  If, White proposed, there is a connection between Holmes’s experiences as a soldier and his time as a jurist, perhaps it would be his “jobism” – a term understood as an unadvertised excellence at one’s professional duties, particularly in spite of a lack of access to knowledge of the grand strategy in which one is involved.  But at the same time, White acknowledged that it is impossible to know whether Holmes’s habits of mind were remnants from his army service or were instead attributable to other causes.

Moving into the discussion portion of the evening, Snyder asked the speakers whether the competing narratives about Holmes after the war –pragmatist, jobist, or skeptic – are actually inconsistent.

In McPherson’s view, they are not.  He maintained that Holmes valued professionalism above all else, and his objective was to make things work, rather then to advocate for particular causes or results.  White took a different approach, telling the audience that Holmes’s jobism was a “translation of the ethos of being a soldier” and doing his duty well.  However, White contended, it would go too far to say he was a pragmatist.  First, Holmes never identified as a pragmatist; in fact, he once wrote a letter to a friend in which he questioned whether pragmatism “does anything.”  And, second, Holmes didn’t seem to be a “Mr. Fix-it guy”; to the contrary, during his time on the Court Holmes remained aloof and independent, never playing to the politics of the institution.

Snyder joked that he would be remiss if he closed a discussion on Holmes and the Civil War without asking the speakers whether it’s true that Holmes once told President Lincoln, allegedly after the president lingered too long in the parapet, vulnerable to enemy attack, to “[g]et down, you fool.” McPherson was dubious.  Someone, he noted, did indeed “tell the president to ‘get down,’” and we know that Holmes was at that particular fort the day after the incident occurred, but we do not know whether he was there the day of the incident.  Thus, McPherson concluded, “I suspect it was someone else, but I wish it was Holmes.”  White was similarly skeptical, noting that Holmes had written letters specifically about being at the fort, which is how we know he was there the day after the incident with the president.  And although Holmes did not embellish his participation in the war, if something significant happened, he made a habit of mentioning it in his correspondences. There is no such mention.

As for Holmes’s opinion of Lincoln, McPherson confirmed that, although Holmes did vote for him, he didn’t see him as a great man and lacked any profound respect for him.  “He was skeptical about everything after the war,” McPherson observed.  White added that when Holmes came away from the war, it was with a strong sense of what a mess the campaigns and general strategy had been.  He therefore had no reason to lionize Lincoln, and in any event “lionizing wasn’t his style.”