Scholar’s highlight: Law review articles in the eyes of the Justices 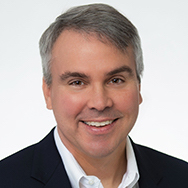 Chief Justice Roberts recently threw fuel on the fire of the perennial debate about the practical value of law review articles when he stated that, as a general matter, law reviews are not “particularly helpful for practitioners and judges.”  He later added in comments to attendees at the Fourth Circuit Judicial Conference in June 2011: “Pick up a copy of any law review that you see, . . . and the first article is likely to be . . . the influence of Immanuel Kant on evidentiary approaches in 18th-century Bulgaria, or something, which I’m sure was of great interest to the academic that wrote it, but isn’t of much help to the bar.”  Other current members of the Court have been critical of modern law review scholarship as well.  Justice Breyer has commented that “there is evidence that law review articles have left terra firma to soar into outer space.”  During the 2010 oral arguments in McDonald v. City of Chicago, Justice Scalia belittled an attorney’s arguments by stating that his legal theory had no support in the Court’s precedent but nevertheless would make him “the darling of the professoriate.”

Despite the general criticism leveled at modern law reviews, many judges – including every current Supreme Court Justice – clearly do believe that at least some law review scholarship has value and, in particular, is worthy of citing in judicial opinions.  An analysis of citations by the Justices to law review scholarship – how often they cite articles, the professional identities of authors of the cited articles, and the rankings of the law reviews in which the cited articles appear – during the first ten years of this century provides an excellent prism through which to assess today’s law reviews.  In addition to having had varied and rich legal careers as practitioners, policy-makers, and lower court judges, the majority of the current Justices were, at earlier points in their careers, law professors.  Presumably, the Justices are able to separate the wheat from the chaff in the law reviews.

My article, Law Review Scholarship in the Eyes of the Twenty-First Century Supreme Court Justices: An Empirical Analysis, describes the results of my empirical study of the nearly two thousand “signed” opinions authored by the Justices – majority opinions, plurality opinions, concurring opinions, and dissenting opinions issued after oral arguments – dated between January 1, 2001, and December 31, 2011, which cited at least one U.S. law review article.  Opinions were coded to determine the following: (1) whether one or more law review articles (including law student “notes” or “comments”) were cited in the opinions; (2) which Justices wrote the opinions citing law review articles; (3) the professional status of the articles’ authors at the time that the cited articles were published (as a full-time law professor, legal practitioner, judge, law student, or “other”); and (4) the ranking of the law reviews that published the cited articles according to Washington and Lee University School of Law’s “combined score” ranking system (the “W&L” system).  The results of this coding project are contained in a lengthy appendix to my article, which lists all 1,023 cited articles in the 1,961 opinions issued in 792 cases.

Of the cited articles in opinions issued between 2001 and 2011, 62.2% of authors were full-time law professors, while 37.8% were law students, legal practitioners, judges, or persons who were not primarily associated with the bench, bar, or legal academy (including researchers with non-academic “think tanks” and full-time professors from departments in a university other than a law school, such as economists, historians, and political scientists).  An examination of the authors who were not full-time law professors revealed that the four sub-groups each constituted roughly one quarter of the total.

In sum, the current Justices have cited law review articles with less frequency than their predecessors did in the three decades before, which suggests that the current Justices may view current law review scholarship as less useful than the members of the Court did a generation ago.  Nearly four out of ten of the authors of the cited articles were not full-time members of the legal academy.  Considering that writing law review articles is the primary activity of America’s ten-thousand-plus full time law professors, the fact that the Justices cite so many articles written by other authors permits the inference that much of the professiorate’s scholarship does not have value or relevance to the Justices (or to the bench and bar generally).  The Justices also have cited articles from the full gamut of law reviews in the rankings, including many law reviews that are not deemed “tenure-worthy,” at least from the perspective of the hiring and promotion committees at many “elite” law schools.

Finally, I have made the appendix to my article available online so that interested readers can see the types of law review articles being cited by the Justices, and future researchers can examine other questions about the legal scholarship being cited by the Justices.  For instance, future researchers could examine (1) the purposes for which the Justices have cited articles (e.g., for factual propositions based on data contained in an article or for a legal proposition based on innovative legal arguments made in an article) and whether those purposes have differed over time; (2) the percentages of “doctrinal,” “theoretical,” and “inter-disciplinary” articles cited by the Justices; (3) a comparison of the Justices’ citations to law review articles with their citations to other secondary sources (e.g., legal treatises and social science journal articles) and whether the ratio between such types of citations has changed over time; and (4) the average number of years between the cited articles’ publication date and the date of the opinions in which they were cited (providing some perspective on whether older legal scholarship may have more practical value than modern legal scholarship).

Brent E. Newton is an adjunct professor of law at the Georgetown University Law Center and the deputy staff director of the United States Sentencing Commission.