Today’s orders from the Long Conference

This morning, the Court issued an order list from last weekâ€™s â€œLong Conferenceâ€ that included denials of certiorari and invitations for the Acting Solicitor General to file briefs expressing the views of the United States (CVSG).Â  No grants or summary orders were issued.Â  Our live-blog coverage of the orders is available here; the full order list is here.

Today’s denials of certiorari are on the full order list, and Lyle will cover several of them in greater detail in a follow-up post. 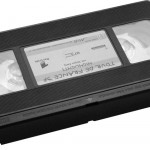 The Court took action this morning in 09-1238, Hollingsworth v. US District Court, the dispute over the release of videotape of the Proposition 8 trial in California. That case was vacated and remanded to the Ninth Circuit today with instructions for the circuit court to dismiss the case as moot.

The Court called for the views of the Acting Solicitor General this morning in the following cases:

The Court also called for the views of the Acting Solicitor General in 126-Original, Kansas v. Nebraska and Colorado; we will publish details on that case shortly.