A eulogy to Roe 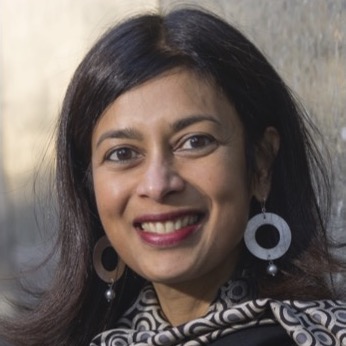 Radhika Rao is professor of law and Harry & Lillian Hastings research chair at U.C. Hastings College of Law in San Francisco. She clerked for Justices Harry Blackmun and Thurgood Marshall in the 1992-93 term.

“Author of Roe,” my old boss, Justice Harry A. Blackmun, used to say. “I’ll carry that label with me to the grave.” He would be appalled but not shocked by the majority opinion in Dobbs because he understood the precariousness of the right to abortion, a right he staunchly fought to defend in his 24 years on the Supreme Court. Thirty years ago, in Planned Parenthood v. Casey, the court was on the verge of overturning Roe, but one justice – Justice Anthony Kennedy — stepped back from the brink and switched his vote at the last minute. In Casey, three justices, all appointed by Republican presidents, wrote a joint opinion that retained and reaffirmed the “essential holding” of Roe. “The distance is but a single vote,” Blackmun darkly warned.

A half century after Roe, a narrow majority of the court throws moderation to the wind, despite the plea of Chief Justice John Roberts to take a more “measured course,” stick to the question presented, and change such weighty precedents incrementally. The majority not only repudiates Roe and Casey, but does so in a gratuitously insulting manner, mocking Roe’s language and ridiculing its reasoning. Justice Samuel Alito’s caustic opinion for the court, which is virtually identical to the February draft that was leaked two months ago, resembles an angry dissent rather than a ruling that speaks for a sober majority. Alito characterizes Roe as “egregiously wrong” and its reasoning as “exceptionally weak,” displaying a profound lack of respect for a precedent that has been part of our constitutional culture for half a century, as well as the many justices who have voted to affirm that precedent since 1973.

The court’s slash-and-burn approach to constitutional law threatens not only Roe but many other precedents that are also protected under the due process clause of the 14th Amendment. The court concludes that there is no right to abortion because it is not mentioned in the text of the Constitution, nor is it deeply rooted in history and tradition. Yet the same reasoning applies to many other rights, including contraception and marriage equality. None of these other rights are explicitly enumerated in the text of the Constitution, and several of them are of even more recent vintage. The majority attempts to distinguish Roe, claiming that none of the other substantive due process cases involve the deliberate destruction of human life. But that “logic” cannot be so easily confined — many methods of contraception also operate after conception to prevent implantation of a fertilized embryo, an entity that several states also characterize as a “person.”

The deceptiveness (“hypocrisy,” says the dissent) of the majority’s effort to reassure that its decision is limited to abortion and has nothing to do with those other rights is made clear by Justice Clarence Thomas’ concurrence: He candidly calls for Griswold, Lawrence, and Obergefell to also be overruled. It is now obvious why Thomas (the senior Justice in the full majority) did not keep the assignment in Dobbs. His radical approach would do away with every substantive right protected under the 14th Amendment’s due process clause – which includes all the provisions of the Bill of Rights that have been incorporated to apply to the states – and consign constitutional due process to nothing more than procedural protections. Even the conservative majority justices did not join this view.

Yet Alito’s majority opinion is hardly less extreme. It embodies the glaring failure to appreciate the centrality of a right that protects the fundamental freedom of women, to have ownership over their bodies and control over their lives. The majority harkens to “history and tradition” in 1868, when (Alito fails to even note) women were non-voting second-class citizens with no right to control their lives in almost every respect. Instead, the court equates a woman’s right to freedom and autonomy with ordinary economic liberties, holding that henceforth laws regulating or prohibiting abortion will receive the lowest level of constitutional scrutiny, rational-basis review. In taking away the fundamental right recognized in Roe, the majority relegates women to the second-class status of 150 years ago. The silence of the sole woman in the Dobbs majority, Justice Amy Coney Barrett, is deafening. As a coup de grace, the court dismisses an equal protection argument about gender discrimination that was not even presented, in a brusque single paragraph.

Blind to irony, the majority casts itself in the role of the courageous unanimous court in Brown v. Board of Education, one of the most celebrated cases in the pantheon of constitutional law, and suggests that Dobbs should similarly be celebrated as a judicial triumph. But unlike Brown, the decision in Dobbs does not further equality. Instead, it undoubtedly exacerbates existing gender, as well as racial and economic, disparities.

Alito’s opinion for the court portrays itself as an act of judicial statesmanship that will end our nation’s polarization by returning the issue of abortion to the states. This is simply laughable. Alito’s opinion is reminiscent of the infamous ruling in Dred Scott, reaching out to decide an equal protection argument that was not even presented in the case and further fanning the flames of civil war controversy. Overturning Roe will not keep the court out of the abortion arena. We already know that some states will enact increasingly draconian laws that not only prohibit abortion within their jurisdictions, but also attempt to reach across borders and control actions that occur elsewhere. Without doubt, the court will be forced to continue to intervene in these “interjurisdictional abortion wars.”

Let us mourn Roe’s passing and grieve the consequences for the court, the country, and particularly for those who lack the privilege and power to evade the draconian laws that will now take effect. As Justice Blackmun presciently stated in his dissent in Webster v. Reproductive Health Services in 1989: “I fear for the future. I fear for the liberty and equality of the millions of women who have lived and come of age in the years since Roe was decided. I fear for the integrity of, and public esteem for, this Court.” Justice Blackmun’s hopes have been ended, but his fears loom large.