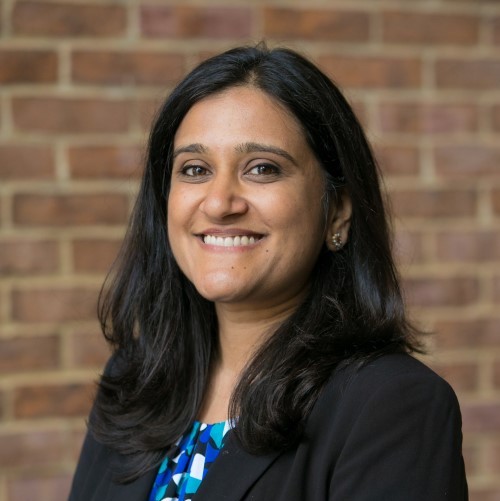 The Supreme Court will hear oral arguments on Tuesday in two related immigration cases, Johnson v. Arteaga-Martinez and Garland v. Aleman Gonzalez. In both cases, noncitizens who are under deportation orders are challenging their prolonged detention – sometimes many months or even years — without the safeguard of a bond hearing before an immigration judge. At such a hearing, an immigration judge determines whether a noncitizen is entitled to release from custody in exchange for payment of a bond, and if so, how much. Being granted bond does not necessarily mean the noncitizen can avoid deportation; it simply allows the person to be released under federal supervision pending resolution of his or her underlying immigration case. Gonzalez raises the additional question of whether, in a class action brought by noncitizens in detention, a district court has the authority to issue classwide injunctive relief.

Antonio Arteaga-Martinez, a citizen of Mexico, entered the U.S. many times without authorization. After one such entry, the U.S. government deported him to Mexico. He last reentered at some point after 2012. In Mexico, a criminal gang targeted him and his family. He was beaten and robbed; his car was violently stolen. In search of safety, he returned to the United States. In 2018, immigration authorities arrested him. The government reinstated his prior removal order. While in detention, Arteaga-Martinez expressed fear of returning to Mexico, and an asylum officer concluded that he had a “reasonable fear” of future persecution and torture there. He remained detained pending resolution of his claim for protection. Such claims can take years to adjudicate. After four months, Arteaga-Martinez challenged his detention through a habeas petition.

Gonzalez consolidates two class actions on behalf of noncitizens in similar circumstances to Arteaga-Martinez. While the Supreme Court has never set a bright-line test on when a detainee is entitled to a bond hearing, the U.S. Courts of Appeals for the 3rd Circuit and the 9th Circuit both concluded that bond hearings before an immigration judge are required after six months, with the government bearing the burden of proving that the noncitizens are dangerous or flight risks. The Supreme Court will now review those decisions.

An intricate statutory scheme defines the government’s power to detain noncitizens and on what terms. When a noncitizen is ordered removed, a provision of the Immigration and Nationality Act, 8 U.S.C. § 1231, requires detention for a “removal period” of 90 days after the order becomes “administratively” final. The INA permits detention beyond the 90-day removal period for certain inadmissible noncitizens or those “determined by the Attorney General to be a risk to the community or unlikely to comply with the order of removal.” Those noncitizens “may be detained beyond the removal period” (emphasis added).

The Supreme Court previously held that the post-removal order statute contains an implicit time limit. In Zadvydas v. Davis, a 2001 decision, the court read that provision to prohibit detention beyond six months for noncitizens ordered removed when their removal is not “reasonably foreseeable.” This could occur when, for example, noncitizens are stateless (as in the case of Zadvydas himself), and no country will accept them.

The court adopted this interpretation to avoid a constitutional problem. It first determined that the word “may” rendered the post-removal order statute ambiguous as to the scope of permissible detention. When statutory language is ambiguous, the “constitutional avoidance canon” supports an interpretation that avoids raising a serious constitutional question. The court reasoned that, given individuals’ constitutionally protected interest in avoiding physical restraint, the due process clause requires the government to offer a “special justification” for prolonged civil detention, such as dangerousness or flight risk. And when removal is not reasonably foreseeable, the primary justification for post-order detention — to prevent the noncitizen from absconding – dissipates.

As a result, the court concluded in Zadvydas by a 5-4 vote that Congress had authorized detention only up to a presumptively reasonable six-month period for a noncitizen whose removal was not reasonably foreseeable. After that point, the government should release the noncitizen under some form of supervision. Even for noncitizens whose removal is reasonably foreseeable, the court contemplated some assessment of dangerousness or flight risk for detention lasting beyond six months.

The cases now before the court involve noncitizens with reinstated removal orders, who have subsequently asserted claims for a form of humanitarian protection known as “withholding of removal.” Withholding of removal is like asylum and protects noncitizens from being sent to a country where they would likely face persecution or torture, based on characteristics like their race or religion. But the adjudication of these claims can take years. Does the statute authorize detention for that prolonged period without a bond hearing before an immigration judge?

The government argues first that the plain text of the post-removal order statute offers no support for “the bond hearing regime” detainees seek. Rather than starting with Zadvydas, the government presses for a new interpretation of the statute. When Congress wants to require bond hearings before an immigration judge, the government argues, it does so explicitly. Importing that requirement into the text rewrites, rather than interprets, the statutory language. The government further argues that the detainees’ interpretation violates two recent Supreme Court decisions, Jennings v. Rodriguez and Johnson v. Guzman Chavez. In Rodriguez, the court rejected a similar effort to import a bond hearing requirement into a different provision of the INA to avoid a due process violation. Guzman-Chavez did not squarely present the question of the availability of bond hearings under the post-removal order statute, but the court suggested in dicta that they were unavailable.

Rather the construing the post-removal order statute anew, Arteaga-Martinez argues that the court should apply its prior interpretation of the exact same statutory language. Like the petitioner in Zadvydas, he contends, his removal is not “reasonably foreseeable” because his claim for withholding of removal will likely take years to adjudicate and could culminate in no removal at all. Thus, the government lacks the authority to continue detaining him beyond six months. Even if his removal is deemed “reasonably foreseeable,” he reads Zadvydas to require the government to evaluate his dangerousness or flight risk specifically in a “neutral bond hearing.”

The Gonzalez detainees argue that the post-removal order statute is ambiguous as to the procedures required to justify prolonged detention. It could be interpreted to require bond hearings, they contend, and the court must adopt that interpretation to avoid a due process violation. Without the safeguard of a bond hearing before an immigration judge, noncitizens posing neither a danger nor flight risk could languish in immigration prison for years before ultimately winning humanitarian protection. The Gonzales detainees argue that, when the INA has elsewhere called for custody review, that has referred to a bond hearing before an immigration judge. Here, by contrast, the detainees argue that ICE is both the jailer and the adjudicator, leading to a superficial, biased review of their custody.

Central to the resolution of these cases is the court’s approach to constitutional avoidance and whether it deems Zadvydas relevant. The government decries the lack of explicit statutory text referring to “six-month cutoffs, bond hearings, or immigration judges,” but Zadvydas itself read a six-month cutoff into the very same statutory provision. Arteaga-Martinez’s lead argument depends on the court deciding that the future possibility of withholding of removal renders removal not “reasonably foreseeable.” If the court disagrees, he and the Gonzales detainees must convince the justices that the ICE custody review regime does not comport with the post-removal order statute.

Arteaga-Martinez and the Gonzales detainees face headwinds, as the court has recently scaled back its use of the constitutional avoidance canon to supply procedural protections for detained noncitizens, and the court’s hardcore textualists might hesitate to fortify Zadvydas or discern ambiguity in the post-removal order statute’s procedural requirements. A key issue will be the court’s sensitivity to the constitutional interests at stake. Not all justices view the perverse choice facing the noncitizens – persecution or torture in their home country on the one hand, or lengthy incarceration in an American jail on the other – as any kind of problem. In fact, Justice Samuel Alito recently suggested that an asylum seeker could avoid detention by simply flying back to the country of persecution.

Gonzalez raises the additional question whether 8 U.S.C. § 1252(f)(1) bars a district court from granting a classwide injunction. That provision prohibits courts from enjoining or restraining “the operation of [specified provisions] … other than with respect to the application of such provisions to an individual alien against whom proceedings under such part have been initiated.” The government argues that the provision bars classwide injunctive relief because an injunction “restrains the operation” of a covered INA provision, and classwide relief extends beyond an individual noncitizen. The detainees, however, argue that they seek only to prevent the government from acting based on an erroneous interpretation of the post-removal order statute (and therefore, without statutory authority), not to stop the “operation” of the provision in full. The court’s ruling on this important question has the potential to shape immigrants’ rights litigation for years to come.