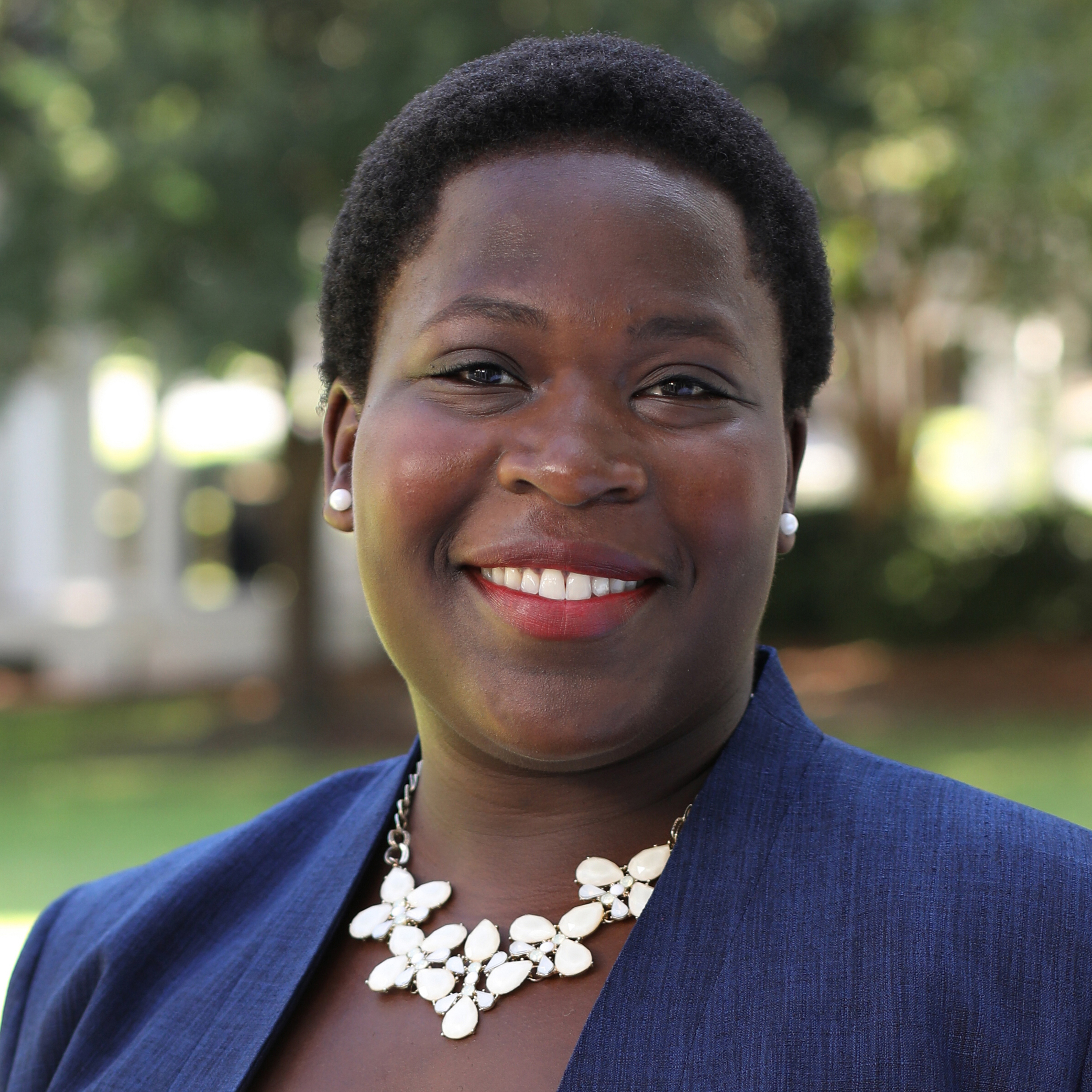 In Borden v. United States, the Supreme Court analyzed the Armed Career Criminal Act’s force clause or elements clause. Under the ACCA, a person who has three violent felony convictions and is then convicted of possessing a firearm faces a mandatory minimum sentence of 15 years. In this case, the court had to decide whether the term “violent felony” includes crimes committed with a reckless state of mind.

In a decision on June 10, five justices agreed that a recklessness crime does not count as a “violent felony” under the ACCA, but they came to that decision using different reasoning. Justice Elena Kagan wrote a four-justice plurality opinion, joined by Justices Stephen Breyer, Sonia Sotomayor and Neil Gorsuch. Justice Clarence Thomas wrote a solo opinion concurring in the judgment only. Justice Brett Kavanaugh wrote a dissenting opinion that Chief Justice John Roberts and Justices Samuel Alito and Amy Coney Barrett joined.

The case came to the court after Charles Borden Jr. pleaded guilty to violating a federal law barring people convicted of a felony from possessing a firearm. At sentencing, the government sought an enhancement under the ACCA; it claimed that three of Borden’s prior felony convictions were violent felonies. Borden objected. He asserted that one of the felonies the government cited included recklessness, and, therefore, was not a violent felony. The ACCA, in Borden’s view, required a higher culpable state of mind, or mens rea, than recklessness. The district court ruled for the government and the U.S. Court of Appeals for the 6th Circuit agreed.

Writing for the plurality, Kagan defined the four mental states relevant to the elements clause analysis, in the order of their decreasing culpability. A mens rea of purpose equates to a consciously desirable outcome. To show knowing conduct requires proof that the person was aware a certain result would occur because of their action. Recklessness means that a person consciously disregarded a substantial and unjustifiable risk, in gross deviation from norms. Lastly, negligent conduct occurs when a person should have been, but was not, aware of a substantial and unjustifiable risk, in gross deviation of accepted standards.

Under the ACCA, a violent felony is a felony that “has as an element the use, attempted use, or threatened use of physical force against the person of another.” In her plurality opinion, Kagan reviewed the analysis in Leocal v. Ashcroft and Voisine v. United States to decide whether a criminal offense involving recklessness may be categorized as a violent felony.

In Leocal, a 2004 case, the court analyzed a “crime of violence” statute like the ACCA’s elements clause and held that negligent conduct was excluded from the term. In doing so, Kagan explained, the court focused on the phrasing “against the person or property of another” to find that Congress intended to punish a higher culpability than negligence.

In Voisine, a 2016 case, the court held that a “misdemeanor crime of domestic violence” included offenses with a reckless mental state. Kagan stressed that the relevant statute in Voisine did not include the critical “against the person” phrasing applicable to the ACCA and in Leocal. Without that language, the court focused on the word “use” in “the use or attempted use of physical force” in the statute that barred people convicted of domestic violence from possessing firearms. In doing so, the court concluded that proof that a person employed force would be sufficient to count as a misdemeanor crime of domestic violence.

Reconciling the two cases, Kagan explained that the language “against another” combined with the phrase “use of force” requires an act directed at another person. The two phrases together impose a higher degree of conduct than recklessness. Accordingly, reckless behavior does not fit the targeted conduct necessary to warrant a sentencing enhancement under the ACCA.

After critiquing the arguments in Kavanaugh’s dissent — discussed below — as illogical and unworkable, Kagan emphasized the context and purpose of the ACCA’s elements clause. In enacting the law, Congress aimed to punish those who committed violent crimes and posed a danger to the public. The ACCA, Kagan posited, does not consider all crimes a person may commit as violent felonies. To find otherwise would result in imposing mandatory minimum sentences for conduct that was less dangerous than Congress sought to punish. Kagan warned that the court should not define violent felonies broader than Congress intended, which is what would result if the court incorporated recklessness offenses into the elements clause.

In his concurrence, Thomas made clear that he believed Borden should have received an enhanced sentence and that his prior felonies were violent felonies. He, however, explained that Borden’s prior recklessness conviction did not apply under the ACCA’s elements clause. Thomas would have found recklessness inapplicable through the “use of physical force” language; he believed that the clause requires an intentional act.

Thomas argued that the government and the court sought to use the elements clause too broadly because the court had improperly invalidated a “catchall” section of the ACCA, known as the residual clause. In Johnson v. United States, a 2015 case, the court reviewed the residual clause that defined a violent felony as any felony that “involve[d] conduct that present[ed] a serious potential risk of physical injury to another” and held the clause unconstitutionally vague. That residual clause, he reasoned, would have made the sentence enhancement applicable to Borden’s prior criminal convictions. Thomas contended that the court should reverse Johnson.

In his dissent, Kavanaugh highlighted that a person facing the mandatory minimum sentence enhancement would have to have committed three felonies and possessed a firearm. He reminded the plurality several times that most states have laws that include recklessness criminal liability and that Congress acted with that knowledge when it passed the ACCA elements clause. Kavanaugh critiqued the plurality’s imprecise analysis and word choice in his dissent as well.

Kavanaugh’s second reason for dissenting was that he believed that the ordinary meaning of the elements clause includes reckless conduct. After defining intentional/purposeful, knowing, and reckless conduct, Kavanaugh clarified that the differences between recklessness and knowledge were “thin” and that recklessness is the accepted minimum mens rea for criminal liability. Congress would have been explicit had it intended to exclude recklessness under the ACCA, he continued.

Next, Kavanaugh took issue with the plurality’s analysis in Voisine and Leocal. He noticed that the court expressly included “against a domestic relation” language when it was describing the statute in Voisine, even though the plurality now claimed that phrasing did not exist. To Kavanaugh, the addition of that phrase in the Voisine opinion meant the court understood the ordinary meaning included reckless conduct against a person. The meaning of the statutory provision in Voisine and the ACCA were the same, even if the wording were different, Kavanaugh argued.

While Leocal’s analysis included “against the person or property of another” statutory language, Kavanaugh explained, the court only addressed whether negligent conduct was a crime of violence. Leocal did not determine whether recklessness was applicable, he stressed.

Lastly, Kavanaugh posited that the ACCA’s context and purpose warrant including recklessness into the elements clause. He noted that reckless assaults and reckless homicides are violent crimes for which people should be punished if they are convicted of such offenses three prior times. Kavanaugh seemed concerned that the plurality’s reading of the ACCA stemmed from the justices’ dissatisfaction with mandatory minimums.

Kavanaugh concluded his dissent by listing the collateral consequences he predicts will arise from the court’s holding. He warned that the ACCA will not punish seriously violent crimes, including second-degree murder and manslaughter; attempts and threats will be included in the ACCA, but not completed reckless assaults and reckless homicides; people will seek to have their sentences reviewed if the sentencing court relied on Voisine to include reckless offenses; people will be released from prison earlier than Congress intended; and those who are released early will commit new crimes at a high rate than other individuals.

Ultimately, the holding in Borden is that crimes of recklessness are now excluded from the ACCA’s elements clause because of the combination of Kagan’s plurality decision and Thomas’ concurrence in judgment. ACCA cases before the court, however, are not likely over. Both Kagan’s plurality opinion and Kavanaugh’s dissent seemed to name a future mens rea controversy for the court: extreme recklessness. While Kagan reserved judgment on the question of whether extreme recklessness was applicable under the ACCA, Kavanaugh was unequivocal in his belief that the ACCA incorporated that state of mind.