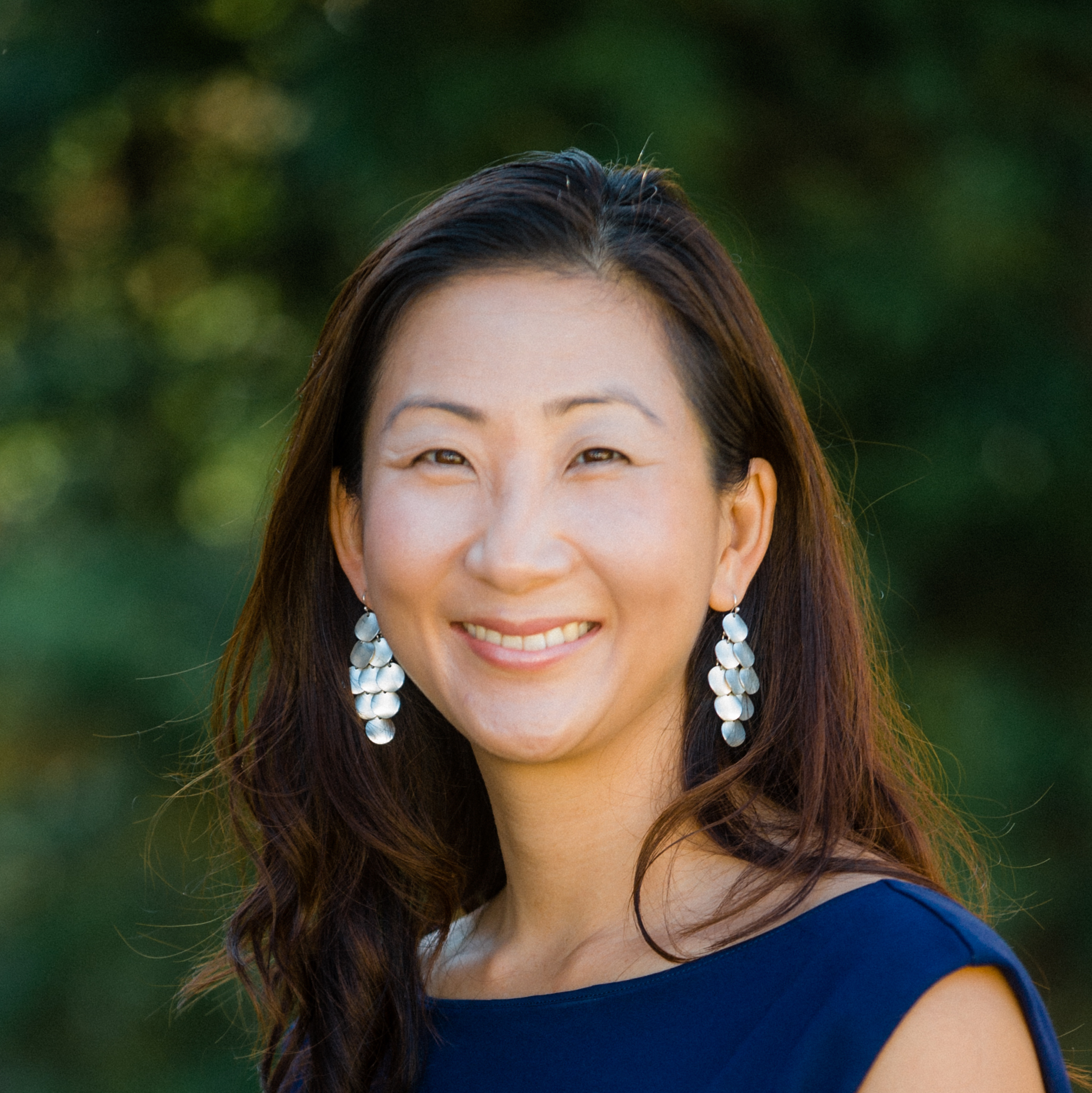 A security fence surrounds the Supreme Court after the attack on the Capitol.
Share

Non-U.S. citizens who are deported and later return to the United States can be prosecuted for criminal re-entry. In order for federal prosecutors to sustain a charge for criminal re-entry under 8 U.S.C. § 1326, they must prove the existence of a prior removal order adjudicated by a federal immigration agency. But if the earlier removal order is invalid on legal grounds, then how can the noncitizen use that fact to defend against the criminal re-entry prosecution? On Tuesday, the justices will hear arguments in United States v. Palomar-Santiago to answer this question.

Nonetheless, 13 years after the Leocal decision, federal prosecutors relied on that same removal order to criminally indict Palomar-Santiago under the federal re-entry statute after he was found back in the United States. He filed a motion to dismiss, arguing that the DUI conviction that served as the basis for his original removal order no longer constituted a removable offense, and a district court granted his motion. The district court’s order was unreported, and not remarkable – at least within the U.S. Court of Appeals for the 9th Circuit, where the established case law states that a removal order that is subsequently rendered invalid cannot serve as the basis for a federal re-entry conviction. The premise of the 9th Circuit’s approach is that when an immigration judge decides that a prior conviction is a removable offense — but that determination is deemed legally incorrect — then the error lays the basis for a finding that the noncitizen’s waiver of the right to appeal cannot be deemed considered and intelligent.

But the problem, according to the government, is that the federal re-entry statute contains a provision addressing collateral attacks (i.e., challenges in a new proceeding, not on direct appeal) on the prior removal order, and that section does not treat a finding of legal invalidity, alone, as a sufficient basis for such a collateral attack. Instead, that section, 8 U.S.C. § 1326(d), sets forth three distinct requirements: (1) that the noncitizen exhaust administrative remedies, (2) that the underlying immigration proceedings deprived the noncitizen of “the opportunity for judicial review,” and (3) that the removal order’s entry was “fundamentally unfair.” The 9th Circuit’s approach essentially excuses the need to prove the first two requirements — exhaustion and deprivation of judicial review — if the removal order lacked a legal basis.

Even within the 9th Circuit, several judges have become critical of the appeals court’s approach. In the 9th Circuit’s unpublished order affirming the district court’s dismissal of Palomar-Santiago’s case, the panel emphasized its obligation to follow its own precedent. But a concurring opinion by Judge Richard Clifton argued that the court’s approach conflicts with the re-entry statute and undermines finality interests. Indeed, in 2017 a 9th Circuit panel in another case, United States v. Ochoa, reached a similar result. In that case, a concurrence authored by Judge Susan Graber – and joined by the other two panel judges – similarly criticized the dissonance between the 9th Circuit on one hand, and the statutory language and most other circuits on the other hand.

The central dispute is between the government’s reliance on the plain language of the statute and Palomar-Santiago’s emphasis on constitutional and equitable principles that could shape the court’s interpretation of the statute. In sparring over how to construe the text, the parties’ briefing reflects a number of conflicting positions.

The government reads Section 1326(d) strictly, such that even if a person can show that their removal was fundamentally unfair due to legal error, collateral attacks are not permitted unless the individual can also demonstrate that they exhausted their administrative remedies (i.e., appealed to the Board of Immigration Appeals) and were deprived of an opportunity for judicial review. In the government’s view, Congress intended to craft a strict set of requirements that would preserve finality. The end result is that federal prosecutors generally retain the authority to criminally prosecute people based on the existence of a removal order irrespective of the validity of that order.

For Palomar-Santiago, the very ability of federal prosecutors to pursue criminal prosecution for re-entry based on a substantively invalid removal order contradicts basic principles of justice and equity. He advocates that the court read the entirety of the re-entry statute as barring criminal prosecution based on a substantively invalid removal order. Palomar-Santiago’s briefing does not rely solely on the explicit terms previously offered by the 9th Circuit for its rule. Rather, he emphasizes that when the Supreme Court holds that the legal basis for a removal order can no longer stand (as it did in Leocal with respect to DUIs being aggravated felonies), then the implication of the court’s finding is that the removal order is void ab initio, or illegitimate from the beginning. Accordingly, Palomar-Santiago urges the court to view a criminal prosecution based on a void administrative outcome as compounding the first error, which he – and the National Association of Federal Defenders in an amicus brief supporting him – analogizes to a finding of actual innocence.

To the government, any error that may have served as the basis for the removal order could have been addressed through the administrative appeals process, which would have satisfied the first of the three statutory requirements. It is irrelevant, in the government’s view, that Palomar-Santiago might have received incorrect information from the immigration judge about whether his prior conviction was an aggravated felony. What matters to the government is that Palomar-Santiago had the opportunity to seek administrative review, which he declined to exercise. Palomar-Santiago and amicus briefs supporting him emphasize the practical barriers that prevent noncitizens from filing such administrative appeals, such as the extraordinary complexity of the law, lack of access to counsel, language barriers, and the coercive conditions of detention – including the reality that filing an administrative appeal of a removal order often results in prolonged detention. The government concedes that its reading of the statute might render “few” persons able to meet the requirements for a collateral attack but resolves that this was, indeed, Congress’ intent.

With respect to Congress’ role, no one disputes that Congress enacted the current version of Section 1326(d) in response to the Supreme Court’s 1987 decision in United States v. Mendoza-Lopez, which held that due process requires a mechanism for noncitizens to collaterally challenge a prior deportation proceeding during a re-entry prosecution in certain circumstances. The parties differ, however, on the meaning and implications of Mendoza-Lopez. For the government, Mendoza-Lopez prompted Congress to enact a narrow provision allowing only a small subset of individuals to seek collateral review. But for Palomar-Santiago, Mendoza-Lopez is not nearly so limiting. He further emphasizes the Mendoza-Lopez court’s observation that “the use of the result of an administrative proceeding to establish an element of a criminal offense is troubling.”

If the court finds that a substantively invalid removal order can still serve as an element of criminal re-entry, Palomar-Santiago urges the court to construe the statute to treat him as having satisfied the three requirements for collateral attack. The parties disagree over the extent to which exceptions to administrative-exhaustion requirements in other contexts, like the Prison Reform Litigation Act, might apply. Here, too, Palomar-Santiago emphasizes the practical realities that prevent noncitizens from seeking administrative and judicial review, and he urges the court to apply the rule of lenity, which says that unclear or ambiguous laws should be construed in favor of criminal defendants.

Along those lines, immigration law scholars detail in an amicus brief the explicit racial animus that led to the initial enactment and continued re-enactment of the re-entry statute. They urge the court to construe the statute in favor of Palomar-Santiago in light of racial insubordination concerns.

The number of individuals who will make direct use of the collateral attack provisions may be fairly small if the court rules favorably for Palomar-Santiago. However, the broader impact of the court’s ruling could be substantial, especially if the court rules in favor of the government and empowers the executive branch to prosecute greater swaths of noncitizens under the re-entry statute. During the Trump administration, former Attorney General Jeff Sessions instructed federal line prosecutors to prioritize illegal re-entry and other immigration offenses. Immigration offenses are one of the most commonly prosecuted federal crimes and are often adjudicated through fast-track procedures such as group hearings involving as many as 80 people at one time. In FY 2019, over 25,000 people were charged under the re-entry statute, or roughly 30% of all federal criminal cases. While federal prosecutors can pursue immigration violations through the unlawful entry statute at 8 U.S.C. § 1325 (which carries a maximum penalty of two years after the second offense), the re-entry statute at issue in this case carries significantly higher penalties (potentially up to 20 years). Ultimately, the limits of the government’s authority to criminalize migration and the legitimacy of the administrative immigration system appear to be at stake.