Amid March Madness, antitrust dispute over college athlete compensation comes to the court 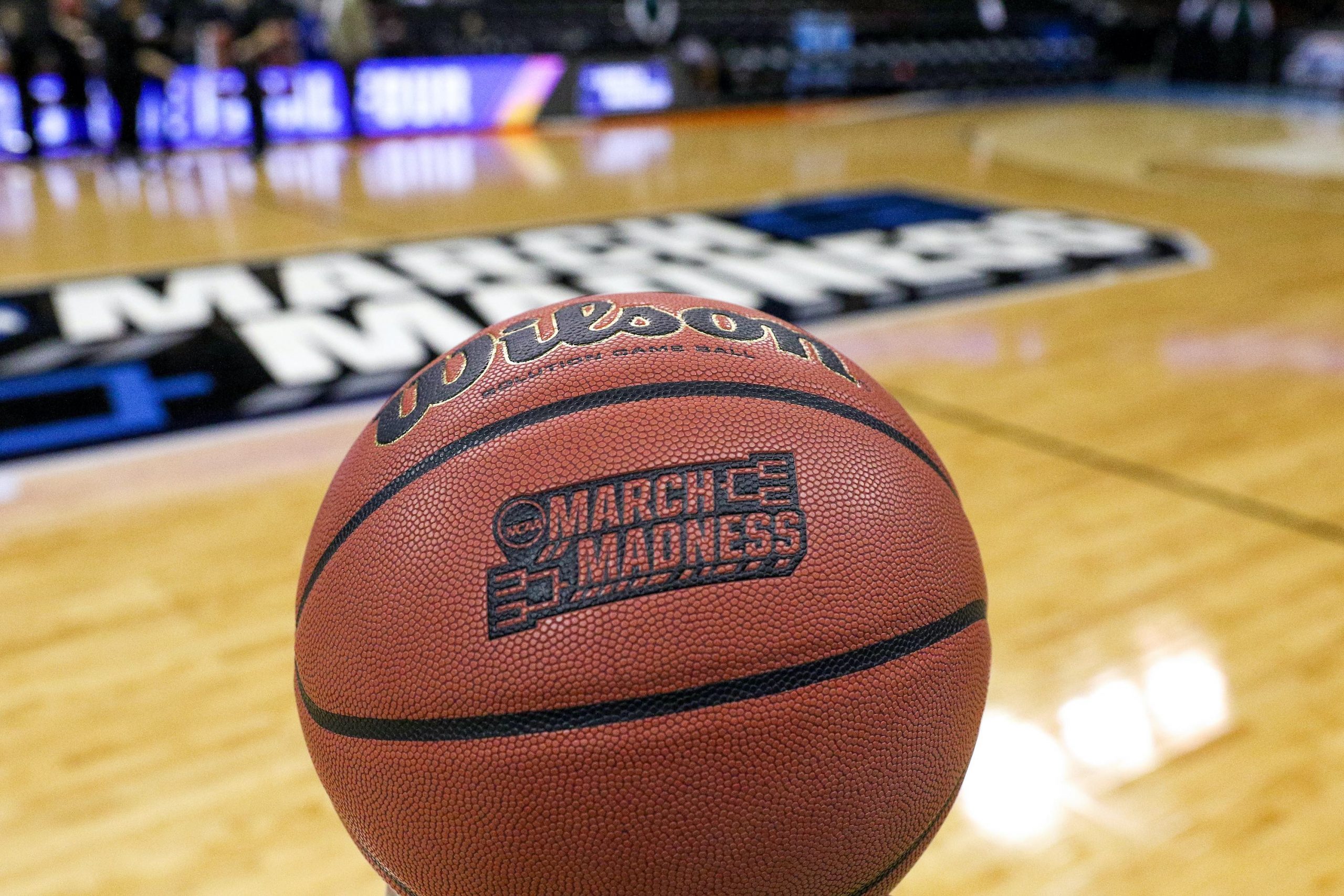 This weekend the National Collegiate Athletic Association will host its storied “Final Four” to determine the champions of the men’s and women’s Division I basketball tournaments. But first the NCAA will be in a different high court on Wednesday: the U.S. Supreme Court, which will hear oral argument in an antitrust challenge by college basketball and football players to the NCAA’s rules on compensation for athletes.

The NCAA is an organization with over 1,000 member colleges and universities. The group’s website describes the NCAA as “dedicated to the lifelong well-being and success of college athletes.” Under the NCAA’s rules, colleges and universities can pay for athletes’ legitimate educational expenses, such as tuition and fees, room and board, and books, as well as “modest” awards for athletic or academic achievements. But if athletes are paid for playing sports, they become ineligible under NCAA rules.

The case before the Supreme Court on Wednesday, NCAA v. Alston, began as a class action filed in 2014 by Division I football and basketball players against the NCAA. The lawsuit argued that the NCAA’s restrictions on eligibility and compensation violate federal antitrust laws because the restrictions prevent college athletes from receiving fair-market compensation for their labor. A federal district court in California gave the athletes a partial victory. It ruled that the NCAA could not limit benefits related to education, but the court concluded that the NCAA could continue to restrict benefits that are unrelated to education. After the U.S. Court of Appeals for the 9th Circuit affirmed that decision, the NCAA went to the Supreme Court, which last year agreed to hear the case.

The NCAA (along with the major athletic conferences, which filed a separate brief echoing the points made by the NCAA) urges the court to reverse the 9th Circuit’s ruling, characterizing it as “judicial micromanagement” and arguing that it “misapplied established antitrust principles in ways that threaten not only the cherished American institution of college sports, but also” joint ventures that will promote competition in the marketplace more broadly.

The NCAA maintains that the Supreme Court’s 1984 ruling in NCAA v. Board of Regents of University of Oklahoma, involving an antitrust challenge to the NCAA’s plan to televise college football games, recognized that “NCAA rules that are reasonably related to preserving amateurism in college sports” promote competition and should be “upheld against antitrust challenge” using a more deferential review than courts would normally employ. The Supreme Court has since reiterated that rule, the NCAA suggests, and several lower courts have followed suit and upheld eligibility rules against challenges using the less searching standard; the same should be true here, the NCAA contends. The NCAA repeats that it is not seeking an exemption from the antitrust laws. Instead, it contends, its eligibility rules “are so clearly procompetitive that their lawfulness under the antitrust laws can and should be determined early in litigation,” using the more deferential standard of review.

The NCAA adds that its eligibility rules should be subject to less stringent review for the separate reason that the NCAA isn’t really a commercial venture at all, but instead an association created to make intercollegiate sports possible as part of its members’ broader educational mission. The NCAA observes that sports, among other things, allows people who might not otherwise have the money to attend college to do so; they also help to create “a sense of community among students and faculty” and “a public profile that attracts new students.” If the NCAA were a commercial venture, it suggests, it would operate differently, as many of its rules and practices – for example, requiring schools to field teams in a wide range of sports – are not designed to maximize revenues and in fact often have the opposite effect.

Finally, the NCAA argues that it could prevail even under the more stringent standard of antitrust review, known as the “rule of reason.” The 9th Circuit, the NCAA alleges, used the wrong definition of what it means to be an amateur, defining it as allowing athletes to be paid “anything except ‘unlimited [amounts] unrelated to education.’” But that definition, the NCAA tells the justices, conflicts with the court’s decision in Board of Regents, “which recognized that what distinguishes college and professional sports — and defines the product the NCAA wishes to offer — is that college athletes are not paid to play at all.”

Using that definition would also “severely muddle if not entirely eradicate the procompetitive differentiation” between amateur and professional athletics, the NCAA cautions. Under the 9th Circuit’s ruling, a school could say that a star athlete’s $500,000 “internship” at a sneaker company was “related to education” – even if it was actually a “thinly disguised vehicle for funneling them quintessentially professional salaries.”

The athletes push back, reminding the justices that college basketball and football have become commercial behemoths, with seven-figure coaches’ salaries and television contracts worth billions of dollars. The demands on the athletes who play college sports are significant, they note, often requiring a commitment of well over 40 hours a week for football and basketball players.

What the NCAA and the conferences are asking the justices for, in essence, is an “outright exemption” from federal antitrust laws, the athletes say. But that request, the athletes write, is more appropriate for Congress, rather than the courts – particularly when the alleged justification for the exemption rests on policy arguments like the importance of sports as part of higher education. Although the Supreme Court created an exemption for baseball in the 1920s, the athletes emphasize, the justices have subsequently recognized that their decision was an “exception and anomaly” that had “become an aberration.”

The athletes point out that the Supreme Court’s decision in Board of Regents involved the NCAA’s restrictions on the number of college football games that could be televised; it had nothing to do with limits on compensation for college athletes. There was certainly nothing in the decision, they stress, suggesting that the justices intended to create a “binding legal doctrine” immunizing the NCAA’s amateurism rules from scrutiny. But even if there had been, the athletes continue, circumstances have changed substantially in the nearly 37 years since the court’s decision in Board of Regents, as college football and basketball “have evolved into commercial enterprises the magnitude of which the Court in the 1980s could not have fathomed.”

As far as the athletes are concerned, the court’s inquiry is a straightforward one that boils down to whether the NCAA’s restrictions, imposed in the name of amateurism, create enough benefits for competition to offset the harm that they create. Whether those restrictions are necessary to preserve amateurism, the athletes reiterate, is irrelevant.

The athletes also reject the NCAA’s effort to characterize the lower court’s ruling as “judicial micromanagement.” They note that the NCAA can still limit compensation that is not related to education; it also can still define what benefits are related to education, and conferences can opt to set their own more restrictive rules on education-related benefits.

“Friends of the court” weigh in

Seven different “friend of the court” briefs were filed supporting the NCAA. One such brief, filed by a group of states – led by Georgia – notes that the NCAA and its members have recently increased funding for college athletes and, along with Congress and state legislatures, are considering more changes to their compensation rules. “But that process,” the states complain, “which had been playing out in regulatory and legislative bodies with expert input from the many interested parties, has been cut off at the knees.”

The states also caution that, if allowed to stand, the lower courts’ rulings will put colleges and universities in “a lose-lose situation” by creating “tremendous pressure to dramatically increase their athletic spending.” But because most athletic departments already lose money, the states warn ominously, schools will only be able to do so by finding money elsewhere – cutting educational programs or non-revenue sports, for example. Or if schools opt not to engage in the arms race, their teams will be less competitive. Either way, the states predict, the schools are left “with only bad options.”

Fourteen different briefs were filed in support of the athletes, including one from the Biden administration. In a brief signed by Elizabeth Prelogar, who will make her first oral argument appearance as acting solicitor general on Wednesday, the Department of Justice acknowledges that, for purposes of antitrust law, the “product that the NCAA and its member schools provide is unusual.” There must be some agreement among the schools to generate athletic competition, and the NCAA and the schools “have long marketed student-athletes’ amateur status as an essential attribute of intercollegiate sports.” But despite those unusual features, the DOJ concludes, the NCAA’s eligibility rules nonetheless should be subject to the more stringent standard of review.

A brief by historians derides the concept of amateurism in elite college sports as a “myth that is neither necessary to the activity nor fair to the students who participate.” To the contrary, the scholars note, “top-tier college sports” have flourished even as “amateurism” in the athletes playing those sports has decreased. What’s more, the historians continue, the NCAA’s efforts to rely on amateurism as the basis to shield its eligibility rules from antitrust scrutiny is “profoundly unfair,” as those rules often led to coaches and schools making millions from poor students.

And a group of former NCAA officials tells the justices that “the NCAA’s professed commitment to ‘amateurism’ has become a way of preserving the market that the NCAA has come to dominate, rather than a means of protecting and benefitting college athletes.” Despite a massive expansion in the revenue raised by major sports, the former officials note, the percentage of revenue actually devoted to financial aid has decreased.