Argument preview: What process is due in streamlined administrative procedures? 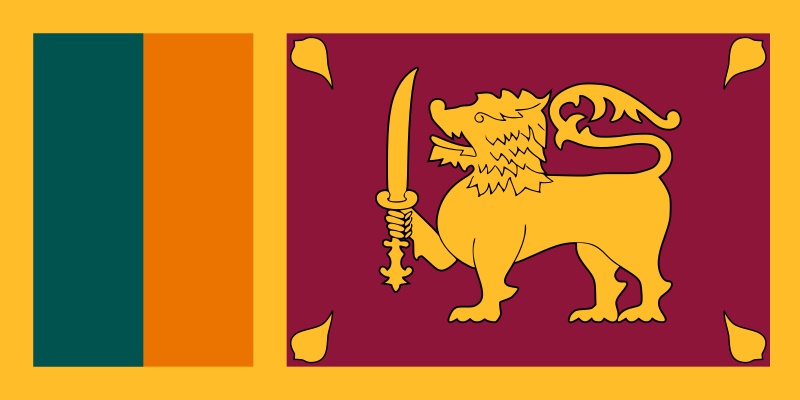 Department of Homeland Security v. Thuraissigiam, which will be argued on March 2, raises important questions about whether asylum-seekers may challenge mistakes made during the expedited removal process.

Expedited removal, a streamlined, bare-bones procedure established by Congress in 1996, currently applies, among others, to all presumed noncitizens who are arrested within 100 miles of the border and who are unable to prove that they have lived in the country for more than two weeks. One immigration official has the legal authority to issue a removal order on the spot—without witnesses, testimony, a neutral arbiter or an appeal. If someone claims a fear of persecution, the asylum-seeker is given a credible-fear interview. If the asylum officer determines that there is not a “significant possibility” that the applicant would be granted asylum in a full hearing, the applicant is ordered back to their home country.

In an intentional departure from a 100-year tradition of providing everyone with a full immigration hearing, the Illegal Immigration Reform and Immigrant Responsibility Act of 1996 created expedited removal procedures—and two other streamlined schemes—to privilege speed over process. These “speed deportations” were a response to perceived abuses of the asylum system. When noncitizens presented themselves at the southern border, there was no detention space and a crowded immigration docket. People were permitted to enter the United States to wait for an immigration hearing. The legislative history argued that those wrongfully claiming asylum then bought additional time to live here or even disappeared into the interior.

In this case, the Supreme Court will weigh in on what rights, if any, a person has to challenge the substantive procedures and errors that may arise in the expedited removal process.

Vijayakumar Thuraissigiam, a member of the ethnic minority Tamil population in Sri Lanka, fled Sri Lanka and was apprehended in California, 25 yards north of the Mexican border. After Thuraissigiam informed a border patrol officer that he was afraid to return to Sri Lanka, an asylum officer conducted a credible-fear interview and asked a series of questions. Thuraissigiam told the officer that, in Sri Lanka, he had been a farmer. One day, men in a van came to his field, placed a blindfold over his eyes and arrested him. They took him to an unknown location and beat him so savagely that, when released, he spent 11 days in a hospital to recover from his injuries.

The asylum officer believed this story, but found that Thuraissigiam had not shown a “significant possibility” that he could establish an asylum claim, because Thuraissigiam did not identify the names and motives of his attackers. Without such information, Thuraissigiam failed to prove that his abuse was “on account of” a protected ground for asylum.

Thuraissigiam asked for a review of this denial, which in expedited removal involves appearing briefly before an immigration judge within 24 hours of the first interview. After a cursory review—again, involving no attorney, testimony, witnesses or evidence—the immigration judge affirmed the asylum officer’s decision not to advance Thuraissigiam’s case to a regular removal hearing and upheld the expedited removal order.

Thuraissigiam, who was in immigration detention, filed a habeas corpus petition in a federal district court. He claimed that a number of things went wrong during his expedited-removal process. Most notably, he claimed that the asylum officer did not apply the proper legal standard to evaluate his asylum claim, the interpreter did not accurately communicate questions and answers, the asylum officer did not consider country-condition evidence and the asylum officer never asked relevant questions that would have elicited key additional facts, including these: Thuraissigiam had been politically active since 2007. In 2007, army officers beat him and instructed him not to support a specific political candidate. In 2014, Thuraissigiam was supporting the same candidate in an upcoming election. Government intelligence officers arrived in a white van, a marker of government-backed gangs that target political opponents for harm. They kidnapped him and interrogated him, demanding to know the extent of his political activities. They beat him and lowered him into a well to simulate drowning until he passed out.

The federal district court found that it lacked jurisdiction to consider the merits of Thuraissigiam’s legal and constitutional challenges to his expedited removal process. It did so because, under 8 U.S.C. § 1252(e)(2), Congress limited judicial review of an expedited-removal order to only three subjects: (1) was Thuraissigiam an alien, (2) had the officer issued a valid removal order and, as the only possible defense, (3) was Thuraissigiam wrongfully subjected to expedited removal because he had previously been granted lawful permanent residence, refugee status or asylum. Because Thuraissigiam’s legal and constitutional claims were well outside of these issues, the district court believed it could not consider them.

In a lengthy decision, the U.S. Court of Appeals for the 9th Circuit disagreed. A writ of habeas corpus is the means by which someone can challenge a wrongful confinement or may vindicate federal rights. The Founders valued the writ to such a degree that in the Constitution, in what is known as the suspension clause, the writ remains available unless exceptional circustances arise, such as a rebellion or a threat to public safety. The 9th Circuit reasoned that Section 1252(e)(2)’s shaving down of habeas to those three limited questions violates the suspension clause. The panel remanded the case to the district court with instructions for it to consider the legal and constitutional challenges to Thuraissigiam’s expedited review process.

The Supreme Court will consider “[w]hether, as applied to [Thuraissigiam], 8 U.S.C. § 1252(e)(2) is unconstitutional under the Suspension Clause.” The parties argue that the scope of congressional authority, the clause itself and historical practices are relevant in resolving the question.

Both parties discuss what is known as the “finality period,” the 60 years between 1891 to 1952 during which the executive branch’s decision to admit, exclude or deport people was not subject to judicial review. In the 2001 case Immigration and Naturalization Service v. St. Cyr, the Supreme Court considered the “finality period” when finding that habeas-in-fact review existed for lawful permanent residents seeking to bring a constitutional challenge to Congress’ decision to take away a substantive remedy that was available when they entered into criminal plea bargains.

Thuraissagiam argues that St. Cyr recognizes that, even in the most restrictive anti-immigrant period, habeas review was always available to challenge the legality and constitutionality of a deportation order. Accordingly, habeas review must be available now, and Section 1252(e)(2) denies that protection.

The government argues that St. Cyr is inapposite here. Whereas lawful permanent residents are always able to access habeas, there is simply no precedent to permit all those outside the country’s borders to access our courts. An arriving stranger like Thuraissigiam only receives the protections that Congress deems are due, which, in the government’s view, are sufficient to protect anyone erroneously subjected to an expedited removal order.

The second key case discussed by both parties is Boumediene v. Bush, in which a citizen of Bosnia and Herzegovina charged as an enemy combatant was allowed to use a writ of habeas corpus to challenge his detention at Guantanamo Bay.

Thuraissagiam argues that if someone charged as an enemy combatant still has access to habeas, so too must anyone seeking asylum in the United States. This protection arises not from any status Thuraissagiam possesses, but from the fact that habeas proceedings are the “essential structural check on the unlawful use of coercive executive power.”

The government disagrees, claiming that Boumediene was a prisoner seeking his release from government custody and his return to his home country, whereas Thuraissagiam is free to leave immigration custody and return to Sri Lanka at any time. His request for habeas is a departure from past practices, because he is using it to seek access to a full and regular immigration hearing. Using habeas to fashion a substantive remedy is different from its traditional use to request release from unlawful confinement. And it is an unrecognizable departure from any use of the writ of habeas corpus that existed in 1789.

How this legal issue is resolved will likely have an immediate impact on immigration enforcement practices, not just at the border but across the country. When expedited removal was first implemented, only border patrol officers exercised it at ports of entry (and realistically only at ports of entry along the southern border). In 2004, under President George W. Bush, the government expanded the procedure’s reach to all individuals apprehended within 100 air miles of any U.S. border. Because two-thirds of the American population lives within 100 miles of any U.S. border, this expansion brought nearly 200 million people potentially within ambit of expedited removal.

Of the 5 million removals that have occurred since 1996, 56 percent have been expedited. That percentage will likely only increase. President Donald Trump has issued two executive orders, and the Department of Homeland Security has promulgated new regulations (currently challenged in a separate action), permitting Immigration and Customs Enforcement officers to use expedited removal inside the country without any geographic limitations and to deport all those who cannot prove they have been living in the country for more than two years.

Against this background, many have expressed concerns about the significant real-world consequences of the Supreme Court’s decision. The government argues that if expedited removal is slowed down—by requiring any review process beyond what is currently provided—removals will decrease while precious resources will be spent on detention, full hearings and federal court actions.

Immigration advocates fear that if the court finds the existing procedures adequate, this case could produce a “papers please” world, in which immigration enforcement officers can stop any of us, and make an on-the-spot decision to detain, deport or leave us alone.

The actual outcome will most likely fall in between these two extremes. But however Thuraissigiam’s specific grievance is resolved, many more asylum-seekers, many more immigrants, and even some citizens who may be swept up by mistake will be affected by the aftermath.