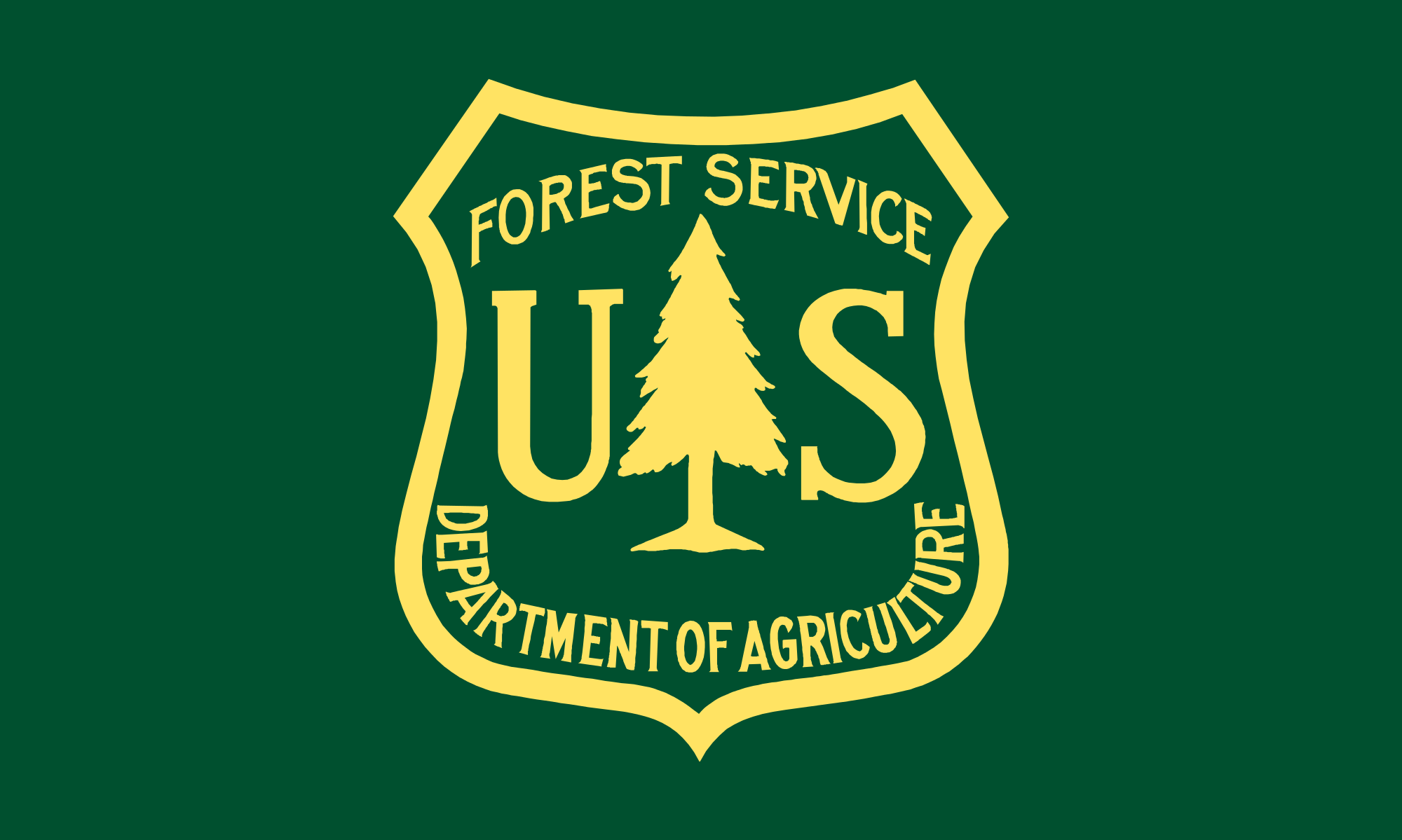 The court will have to construe several statutes, including the Mineral Leasing Act, which promotes pipeline rights-of-way and other energy development on federal lands (except lands in the National Park System), and the National Trails System Act, which designated the Appalachian Trail as a National Scenic Trail and put the Secretary of the Interior in charge of administering it. The secretary later delegated that authority to the National Park Service, and today the Park Service administers the 2,100-mile trail as one of the 419 official units in the park system.

The pipeline at issue is the $8 billion Atlantic Coast Pipeline being built by Atlantic Coast Pipeline LLC, a joint venture of energy giants Dominion Energy and Duke Energy. The 600-mile, 42-inch-diameter pipe is intended to carry fracked natural gas from the depths of the Marcellus Shale in West Virginia to the Virginia coast and to eastern North Carolina. The developers say there is an increased need for natural gas in the Mid-Atlantic because coal-fired power plants are being shut down and gas-dependent industries are expanding, while critics dispute the need for new fossil fuels. The proposed route for the pipeline crosses steep mountain ranges and then tunnels underneath the Appalachian Trail within the George Washington National Forest near Wintergreen, Va.

The Trump administration quickly got behind the pipeline, and in 2017 the Forest Service blessed the route and issued a special use permit for the pipeline.

That permit is at the heart of this case. The U.S. Court of Appeals for the 4th Circuit vacated the permit in 2018 on the grounds that the entire Appalachian Trail, from Georgia to Maine, constitutes land in the National Park System, so the Forest Service had no authority to authorize a right-of-way under the trail. The Forest Service and Atlantic Coast Pipeline LLC are urging the Supreme Court to reverse the 4th Circuit, contending that the Forest Service retains full and exclusive jurisdiction over land in the George Washington National Forest.

There is no formal easement agreement between the two agencies that grants the Park Service a property right in the George Washington National Forest. In fact, federal lands are owned by the United States, not by any particular federal agency. The case therefore is not about which agency owns the trail, but rather about who has jurisdiction over the federally owned land that the trail traverses.

Many analysts project that if the petitioners lose, the Atlantic Coast Pipeline will be shelved because of the expense of rerouting the entire pipeline to cross the trail at another location (such as where the trail crosses privately owned land). Although construction has barely begun on the pipeline, the developer has clearcut much of the path and has paid millions of dollars to take properties by eminent domain. If the petitioners win, the pipeline’s future will remain somewhat uncertain because the 4th Circuit has vacated seven other required permits. These permits, which are not part of this case, relate to issues like endangered-species protection and a compressor station needed to move the gas through the pipeline.

The core dispute in the case involves which incidents of authority the Forest Service retained once Congress federalized the Appalachian Trail in 1968 and put the Secretary of the Interior in charge of administering it. About 1,000 miles of the 2,100-mile trail pass through national forests, including the 300-mile stretch through the George Washington National Forest. The petitioners contend that because the pipeline and proposed tunnel would exist entirely on lands controlled by the Forest Service, the Forest Service has the power under the Mineral Leasing Act to grant a right-of-way. That a famous footpath runs through the forest, 600 feet above the location of the proposed tunnel, does not disrupt or dislodge the Forest Service’s jurisdiction.

The petitioners lean heavily on a provision of the National Trails System Act that states that nothing in the act “shall be deemed to transfer among Federal agencies any management responsibilities established under any other law” for federal lands that become components of the national trails system. Atlantic’s brief quotes this statute six times. According to the petitioners, Congress knows how to effect a transfer of federally owned land from one agency to another, and Congress specifically did not do so in the Trails System Act. The petitioners also argue that the Appalachian Trail cannot be a “land” in the National Park System because it is not a “land” at all. Instead it is a mere “right-of-way” – a defined route to cross federal property that is under the jurisdiction of the Forest Service.

The environmental groups counter with a three-part textual argument as to why the Forest Service permit was correctly vacated by the 4th Circuit. First, the Mineral Leasing Act states that no federal agency (not even the Park Service) can authorize a pipeline on “lands in the National Park System.” Second, Congress has defined by statute which lands are “in the National Park System.” The 1910 act establishing the Park Service states that all lands “administered” by the Park Service are in the park system. Third, the 1968 National Trails System Act provides that the Appalachian Trail “shall be administered” by the Secretary of the Interior, and the secretary subsequently delegated that administrative authority to the Park Service. With that delegation, the entire Appalachian Trail became off-limits for pipeline development and for pipeline rights-of-way underneath the trail.

On the issue of whether this footpath is really a “land,” the environmental groups stress that the trail can be physically walked upon and that the trail corridor occupies nearly 240,000 acres of the Appalachian Mountains. They note that the term “right-of-way” can refer not only to a hiker’s intangible right to cross land, but also to the tangible area of land that the hiker may cross, and they deride the petitioners’ distinction between a right-of-way and a “land” as “elusively metaphysical.”

There is no circuit split on the issues in this case. There are few opinions from any court that shed light on the meaning of the statutes, and the case is one of complex statutory construction. The court probably granted certiorari at the urging of the solicitor general and because of the national importance of the case for energy infrastructure.

If the court affirms, then no federal agency could grant a right-of-way for pipelines under any portion of the Appalachian Trail that runs through federal land. Because more than 80 percent of the trail is on federal land (the remainder is on state and private land), this case has major implications for where pipelines and other energy infrastructure can cross from the Midwest to population centers on the East Coast. The Mountain Valley Pipeline, another gas-pipeline project in Virginia owned by a different developer, was also granted an Appalachian Trail crossing permit by the Forest Service, and it is 90 percent complete. That pipeline had to halt construction on its tunnel under the Appalachian Trail as a result of the 4th Circuit’s decision, and the developer submitted an amicus brief to the Supreme Court in favor of reversal.

The thing to watch in oral argument will be how much weight the justices give to the Trails System Act. Does the administrative authority given in that act to the Secretary of the Interior supersede the jurisdiction of the Forest Service within a national forest? If so, how far does that administrative authority go? The more conservative justices might conclude that it does not extend so far that it could block energy infrastructure and disrupt significant national projects approved by other agencies, like (in this case) the Forest Service and the Federal Energy Regulatory Commission. The more liberal justices, on the other hand, might be attracted to the environmental groups’ three-part argument. They might hold that the statutes are clear, that the Mineral Leasing Act expressly carves out park system lands, and that any negative impact on energy development should be fixed by Congress, not the courts.

It will also be interesting to see how deeply the justices engage with the larger energy implications of the case. Will they be concerned that the Appalachian Trail could become a “Great Wall” that blocks most energy projects between the Midwest and the East Coast? Will they worry about the precedent that affirmance would set for other national trails administered by the Secretary of the Interior? Anticipating this possibility, the environmental groups emphasize that the 4th Circuit’s decision does not preclude all pipeline crossings under the Appalachian Trail. It simply precludes pipeline crossings at the parts of the trail located on federal property, which would still allow pipeline rights-of-way to proceed across the 20 percent of the Appalachian Trail that runs through state or private land.

[Disclosure: Goldstein & Russell, P.C., whose attorneys contribute to this blog in various capacities, is counsel on an amicus brief in support of the respondents in this case. The author of this post is not affiliated with the firm.]