Argument preview: What counts as discrimination “based on” age? 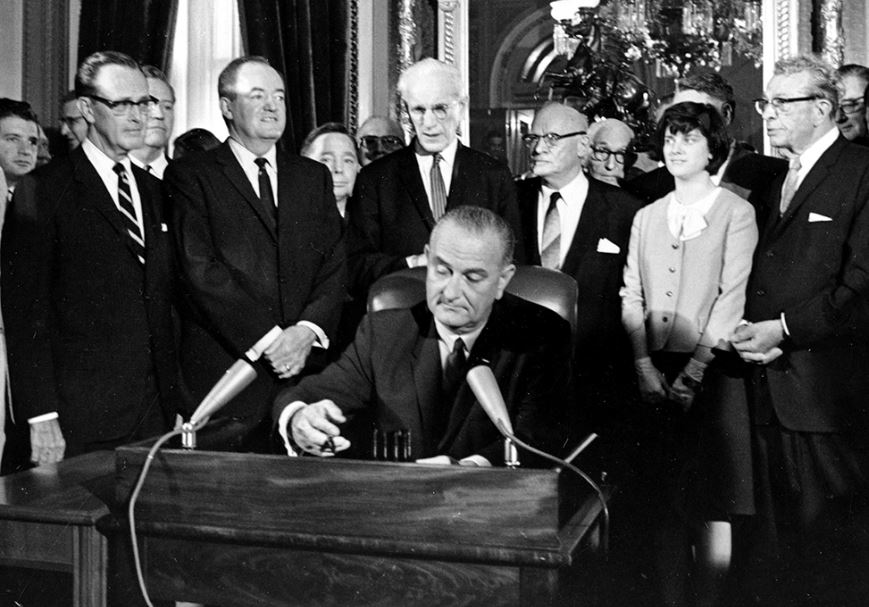 Dr. Noris Babb, a clinical pharmacist working at the Department of Veterans Affairs, sued her employer over a series of decisions affecting her job duties, pay and opportunities for advancement. Babb alleged that the decisions were the result of gender and age discrimination, as well as unlawful retaliation. The district court granted summary judgment for the VA, and the U.S. Court of Appeals for the 11th Circuit affirmed, concluding that Babb could not show that her age was the but-for reason for the VA’s adverse employment decisions. However, in response to Babb’s argument that the statutory language does not require such a showing, the 11th Circuit also wrote that it might have sided with Babb if prior circuit precedent had not precluded that result.

If Babb worked in the private sector or for a state or local government, then her argument would have been foreclosed by the Supreme Court’s decision in Gross v. FBL Financial Services, which held that the ADEA’s private-sector provision requires that plaintiffs show but-for causation. However, the ADEA’s federal-sector provision is worded differently from its private-sector counterpart. While the federal-sector provision requires employment decisions to be “made free from any discrimination based on age,” the private-sector version prohibits employers from discriminating “against any individual … because of such individual’s age.”

Babb argues that the differences between the federal and private-sector provisions are both deliberate and significant. She reasons that because the federal-sector provision regulates how personnel decisions “shall be made,” the entire process of hiring federal employees should be “free from any” age discrimination, whether or not that discrimination is dispositive. She also stresses the capaciousness of the statutory language, arguing, for example, that “discrimination” is often understood by both courts and the general public to include forcing people to compete on an uneven playing field. Finally, she reasons that the phrase “based on” “simply refers to the type of discrimination prohibited,” rather than the degree of causation plaintiffs are required to establish.

Babb also argues that her reading of the statutory language is supported by its historical context. She begins by noting that the ADEA’s federal-sector provision was modeled on a nearly identical analogue in Title VII of the Civil Rights Act of 1964, making Title VII’s meaning relevant to the case at hand. In turn, Title VII’s federal-sector provision was intended to embody constitutional equal protection guarantees, and plaintiffs raising equal protection claims do not need to prove but-for causation. Further, both statutes echo the language of broadly worded executive orders intended to eradicate invidious discrimination in federal employment.

Finally, Babb looks to the Equal Employment Opportunity Commission and the Civil Service Commission, which was previously responsible for enforcing Title VII and the ADEA. These agencies have long agreed that the federal government violates both statutes any time it considers a prohibited characteristic in an employment decision. These agency positions, Babb continues, are significant for two reasons. First, the Civil Service Commission enacted regulations reflecting its view on this subject shortly before Congress borrowed from Title VII to draft the ADEA’s similar ban on age discrimination in federal employment. Relying on a canon of statutory construction, Babb reasons that this chain of events suggests Congress thought the Civil Service Commission had understood the statutory language correctly – otherwise, it would have taken care to prevent a similar misunderstanding from occurring with respect to the later ADEA. Second, Babb argues that if the court believes the federal-sector provision is ambiguous, the EEOC’s position is entitled to deference.

The federal government maintains that the case should be controlled by Gross, as well as Safeco v. Burr and University of Texas Southwest Medical Center v. Nassar. Whereas Babb focuses much of her attention on the statutory language “shall be made free from any discrimination,” the government homes in on the phrase “based on,” which, in its view, is functionally similar to “because of.” That argument is supported by the court’s decision in Safeco, which held that language in the Fair Credit Reporting Act governing adverse decisions “based in whole or in part” on information in a consumer report required but-for causation. In that case, the court wrote that “[i]n common talk, the phrase ‘based on’ indicates a but-for causal relationship.” Then, in Gross, the court relied on Safeco to hold that the “because of such individual’s age” language in the private-sector ADEA provision also required but-for causation. Finally, the Nassar court held that Title VII retaliation plaintiffs must also prove but-for causation, in part because that is the default rule in tort cases, and deviations from that default require a clear indication from Congress.

The government also disputes Babb’s historical account. It focuses on Congress’ response to the court’s 1989 decision in Price Waterhouse v. Hopkins. Price Waterhouse involved the private-sector-discrimination provision of Title VII. The court adopted a burden-shifting framework for cases in which employers were motivated in part by impermissible considerations. Under that framework, plaintiffs first had to show that a protected characteristic was a motivating factor in their employer’s adverse employment decision. Then, the employer got a chance to avoid liability by proving it would have reached the same decision even absent discrimination. Two years later, Congress amended Title VII to clarify that employers could be liable any time a plaintiff’s protected trait “was a motivating factor for any employment practice.” In Gross, the court reasoned that Congress’ explicit inclusion of “motivating factor” liability in Title VII but not the ADEA supported the conclusion that the ADEA requires “but for” causation. The government argues that the same analysis should govern here.

Babb is the second case this term in which the court will consider whether a discrimination plaintiff must prove “but-for” causation in order to win their lawsuit. The first case – Comcast v. National Association of African American-Owned Media – involves a civil rights statute that dates from 1866 and that bans race discrimination in contracting. Although Babb is about a much newer civil rights statute, there are significant parallels between the two cases. Taken together, they could indicate a turn towards “but for” causation in new statutory contexts, or they could limit the future application of Gross and Nassar.