Argument preview: Justices to consider when creditors in bankruptcy can appeal orders denying relief from the automatic stay 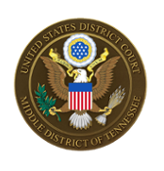 When the Supreme Court hears its first bankruptcy argument of the fall next week in Ritzen Group v. Jackson Masonry, many in the audience may wonder why the justices chose to review such a seemingly minor and technical question: whether a bankruptcy court’s denial of a creditor’s motion seeking relief from the automatic stay is a “final” order that is immediately appealable. In fact, though it may require more of an explanation than I can provide in a post like this one, the subject is of some importance to the bankruptcy process.

The second piece of scenery is the Supreme Court’s 2015 decision in Bullard v. Blue Hills Bank. The issue in that case was whether a debtor had a right to immediate appeal of a bankruptcy-court order denying confirmation of a plan under Chapter 13, which allows debtors to use future income to repay all or part of their debts. The Supreme Court held such an order was not subject to immediate appeal, largely because the refusal to confirm any particular proposed plan left open the possibility that the bankruptcy court might confirm another plan.

Ritzen comes to the justices against this backdrop, but it presents an odd factual twist. In Bullard, the disappointed party was sufficiently upset by the challenged order that he insisted (albeit unsuccessfully) that he had an immediate right to appeal. Here, by contrast, Ritzen made no effort to appeal immediately, but rather accepted the bankruptcy court’s order and proceeded to litigate the dispute in the bankruptcy court, where it lost.

Before the Supreme Court, Ritzen attempts to justify its failure to appeal immediately from the order denying relief from the stay. Ritzen takes the view, predictably founded on Bullard, that the order denying relief from the stay is not a substantive order, but rather a piece of housekeeping that determines only the forum in which a dispute will be resolved. Because that order says nothing at all about the substance of the dispute, Ritzen argues it is not the kind of final resolution that Bullard staked out as required for immediate appealability in the bankruptcy system.

Jackson counters with a textual argument. Section 158 of the federal Judicial Code calls for immediate appeals from “final … orders” entered in any “proceedings … under [Section 157].” Section 157, in turn, explicitly includes among the listed proceedings any disputes over “motions to … modify the automatic stay.” Because all agree that the challenged order – from which Ritzen did not file a timely appeal – was the final resolution of the proceeding seeking relief from the stay, Jackson’s textual presentation carries weight.

Jackson’s argument at first might seem in tension with a narrower view of finality in Bullard. But Jackson emphasizes that the Supreme Court’s denial of finality in Bullard was predicated on the reality that a bankruptcy court’s refusal to confirm any particular plan proposal does not mean either as a matter of law or practice that the court would refuse to confirm any plan at all; if the debtor responded appropriately, the court might confirm a slightly different plan just a few days later. That seems quite different from typical stay litigation, in which the judge ordinarily decides once and for all whether the creditor will be permitted to proceed in some other forum.

This case has one additional implication for large-dollar commercial disputes. In that context, a bankruptcy court’s decision on a motion for relief of the stay might be one of the most important issues in the case, because it determines whether a creditor will have immediate access to its collateral or instead will have to wait out the often-protected bankruptcy process. A ruling denying such a creditor access to appellate review would give bankruptcy courts considerable leverage over the behavior of disappointed creditors.

We’ll know a lot more about how the justices are likely to weigh these factors after the argument next week.