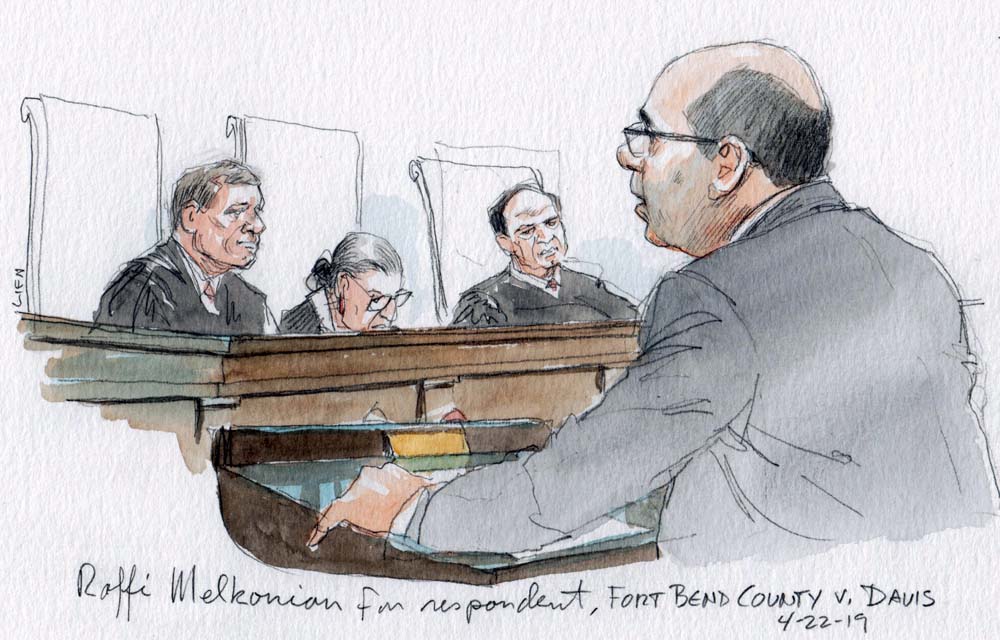 As it turns out, oral argument in Fort Bend County v. Davis was not the most headline-grabbing Title-VII-related news emanating from the Supreme Court yesterday. Disagreement among the justices seemed relatively muted as they wrestled with whether the requirement that employment discrimination plaintiffs present their claims to the Equal Employment Opportunity Commission before filing lawsuits is a jurisdictional prerequisite or merely a claim-processing rule. 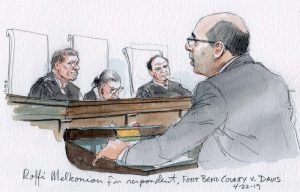 The question matters because claim-processing rules can be waived, unlike jurisdictional rules. Here, Fort Bend County waited five years to argue that Lois Davis did not properly pursue her religious-discrimination claim with the EEOC; during that time, Davis’ case traveled from the district court to the U.S. Court of Appeals for the 5th Circuit and back again. If Title VII’s administrative-exhaustion requirement is a claim-processing rule, then Fort Bend’s failure-to-exhaust argument came much too late. But if instead the exhaustion requirement is jurisdictional, then it is never too late for a defendant to raise a plaintiff’s failure to comply; in addition, courts would be required to raise potential administrative-exhaustion problems themselves, rather than leaving those issues solely to the parties.

Congress is free to impose either jurisdictional requirements or mandatory claim-processing rules, and much of the argument was devoted to how to discern whether Congress intended the former or the latter. Representing respondent Lois Davis, Raffi Melkonian argued that the court should apply the clear-statement rule from Arbaugh v. Y&H Corp., another Title VII case, as “the best way to discern congressional intent.” In Arbaugh, the court held in an 8-0 opinion that Title VII’s employee-numerosity requirement was not jurisdictional, and wrote that Congress could override that conclusion by “clearly stat[ing]” to the contrary. Chief Justice John Roberts pushed back, asking if it was reasonable to apply a clear-statement rule announced in 2006 to a statute enacted earlier. Melkonian answered that the clear-statement rule was still the best way to discern Congress’s intention, given the severe consequences that accompany jurisdictional rules – in other words, Congress would have been unlikely to impose a jurisdictional requirement by implication. Justice Neil Gorsuch later returned to the issue during Jonathan Bond’s argument for the solicitor general in support of Davis, inviting Bond to agree that “our decisions are normally retroactive.”

Whether the court agrees that Arbaugh’s clear-statement approach applies to this case will likely affect its receptivity to Colleen Roh Sinzdak’s argument on behalf of Fort Bend County that the text and structure of Title VII indicate that the exhaustion requirement is jurisdictional. The same subsection of Title VII contains the exhaustion requirement and, two paragraphs later, a grant of jurisdiction for federal courts to hear “actions brought under this subchapter.” Sinzdak argued that taken together, these paragraphs provided “text linking explicitly to the jurisdictional provision,” as “part of an intricate scheme for statutory and judicial review.” Additionally, Sinzdak noted that when a government entity is the defendant, a jurisdictional requirement forcing parties to attempt to resolve a claim at the agency level effectively narrows Title VII’s waiver of sovereign immunity.

Justice Ruth Bader Ginsburg asked the first 14 questions during Sinzdak’s argument, expressing skepticism about Sinzdak’s position. Ginsburg’s questioning centered on the EEOC’s limited power to resolve claims, and suggested that it would be unusual to deem jurisdictional an agency process that can result only in conciliation, and not adjudication. Later, Bond amplified this argument, distinguishing from Title VII statutory schemes like the National Labor Relations Act, which allow agencies to resolve claims in decisions that are then reviewable by the federal appellate courts.

Much of the rest of the argument centered on the potential consequences of treating Title VII’s exhaustion requirement as a claim-processing rule. Justice Brett Kavanaugh suggested that “so long as defendants raise the argument,” such a rule would have little effect on employers, while also saving judges from the obligation “to look through the record to make sure each claim was specifically exhausted.” In response, Sinzdak posited that some employers might not have an incentive to raise a plaintiff’s failure to exhaust, to the detriment of the EEOC’s process. Here, Sinzdak was referring to cases in which plaintiffs could cure their failure to exhaust by returning to the EEOC, ultimately lengthening the time it would take to resolve their claims. Later, Melkonian argued that few cases would fall into this category, given the relatively short time – 180 or 300 days – that employees have to file an EEOC charge.

That exchange prompted a question from Justice Samuel Alito about whether stronger incentives for plaintiffs to file thorough EEOC charges would result in more cases being resolved at the agency level, and thus fewer cases reaching the courts. Although it wasn’t clear after argument how many claims are now successfully resolved at the EEOC level, Melkonian also argued that – given that most courts now treat Title VII’s exhaustion requirement as a claim-processing rule – “we have been running a natural experiment across this country on whether our rule works or not.” Roberts observed that it would be difficult to collect hard data about the outcome of this experiment, though Melkonian suggested that the EEOC (which supports his position) was in a position to “observe what’s happening in the district courts.” Later, Sinzdak pointed to “at least 50” decisions “in the last two months on Westlaw” in which courts dismissed unexhausted Title VII claims, arguing that “in our natural experiment, plaintiffs are not bringing their … claims to the EEOC.”

Because the justices spent little time pressing Melkonian or Bond on Title VII’s text, I predict a win for Davis and the federal government. Further, Ginsburg strikes me as the most likely author of an opinion in Davis’ favor, based on her apparent interest in the case and given that she also wrote Arbaugh. Finally, Roberts and Alito seemed the most supportive of Fort Bend’s position; if there is an opinion – either a majority or a dissent – in favor of the county, then I would expect one of them to write it.