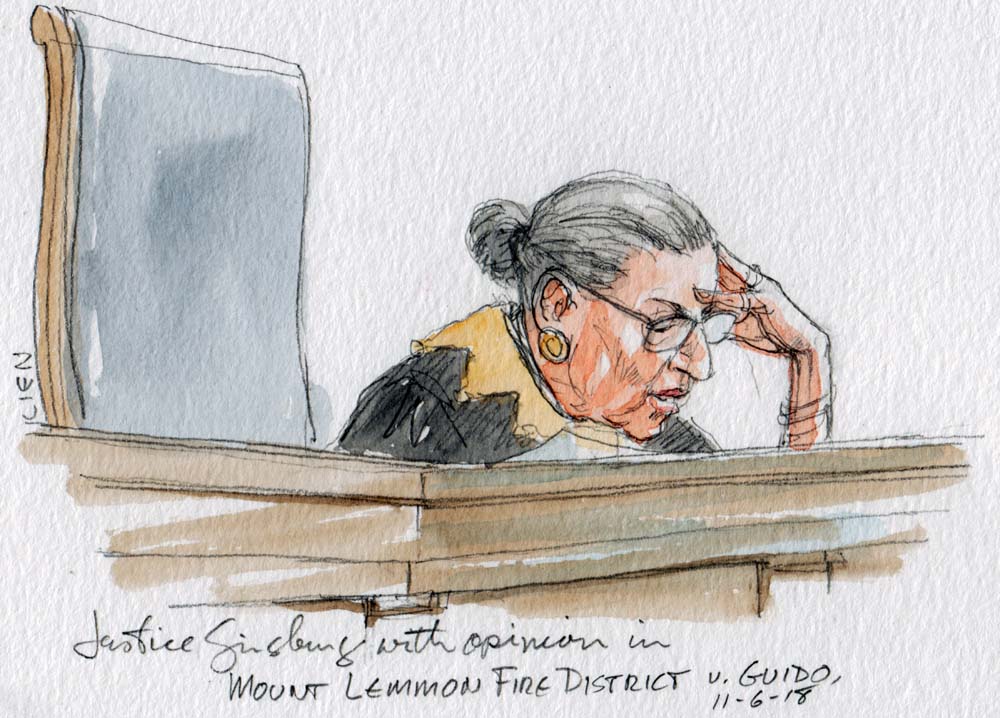 The first opinion of the term is here, and it is unanimous: The Age Discrimination in Employment Act applies to all public employers, including those with fewer than 20 employees. This is a win for two firefighters, John Guido and Dennis Rankin, who may now pursue their discrimination case against the Mount Lemmon Fire District.

The case turned on the ADEA’s definition of “employer”:

a person engaged in an industry affecting commerce who has twenty or more employees for each working day in each of twenty or more calendar weeks in the current or preceding calendar year. … The term also means (1) any agent of such a person, and (2) a State or political subdivision of a State and any agency or instrumentality of a State or a political subdivision of a State, and any interstate agency, but such term does not include the United States. 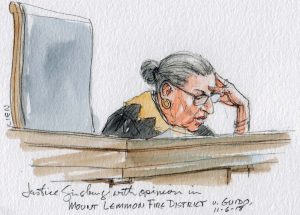 The fire district argued that the numerical limitation in the first sentence of that definition applies to it, because it is a “person engaged in an industry affecting commerce.” But the court rejected that argument in an opinion by Justice Ruth Bader Ginsburg, instead holding that the definition’s second sentence adds additional categories of qualifying employers – including states and their political subdivisions – without any numerical limitation. (Justice Brett Kavanaugh did not participate in the case, which was argued before he joined the court.)

The court also rejected the fire district’s argument that the words “also means” perform a clarifying function by emphasizing that the first sentence in the statute includes public employers, rather than adding new categories of covered employers. The fire district’s reading, Ginsburg wrote, is inconsistent with both the court’s own precedent and Congress’ use of “also means” in other statutory contexts. Moreover, the fire district’s reading would yield an odd result in that it would apply the 20-employee threshold to a “state or political subdivision” but not to the immediately preceding clause, which covers “any agent” of a person engaged in an industry affecting commerce.

The opinion ends by rejecting the fire district’s argument that ADEA liability might endanger small public employers’ operations. “No untoward service shrinkages have been documented,” Ginsburg noted, despite the fact that the Equal Employment Opportunity Commission has consistently maintained that the ADEA applies to small state and local employers, and many state age discrimination laws also cover those employers.

This outcome seemed likely following oral argument, and the court’s unanimity can probably be explained by the fact that both textual and purposive approaches to statutory interpretation pointed toward the same result. Still, for those looking for a more counter-intuitive headline, perhaps it is notable that the Supreme Court just unanimously sided with employees and the U.S. Court of Appeals for the 9th Circuit, which was alone among the circuit courts in holding that the ADEA applies to small public employers.