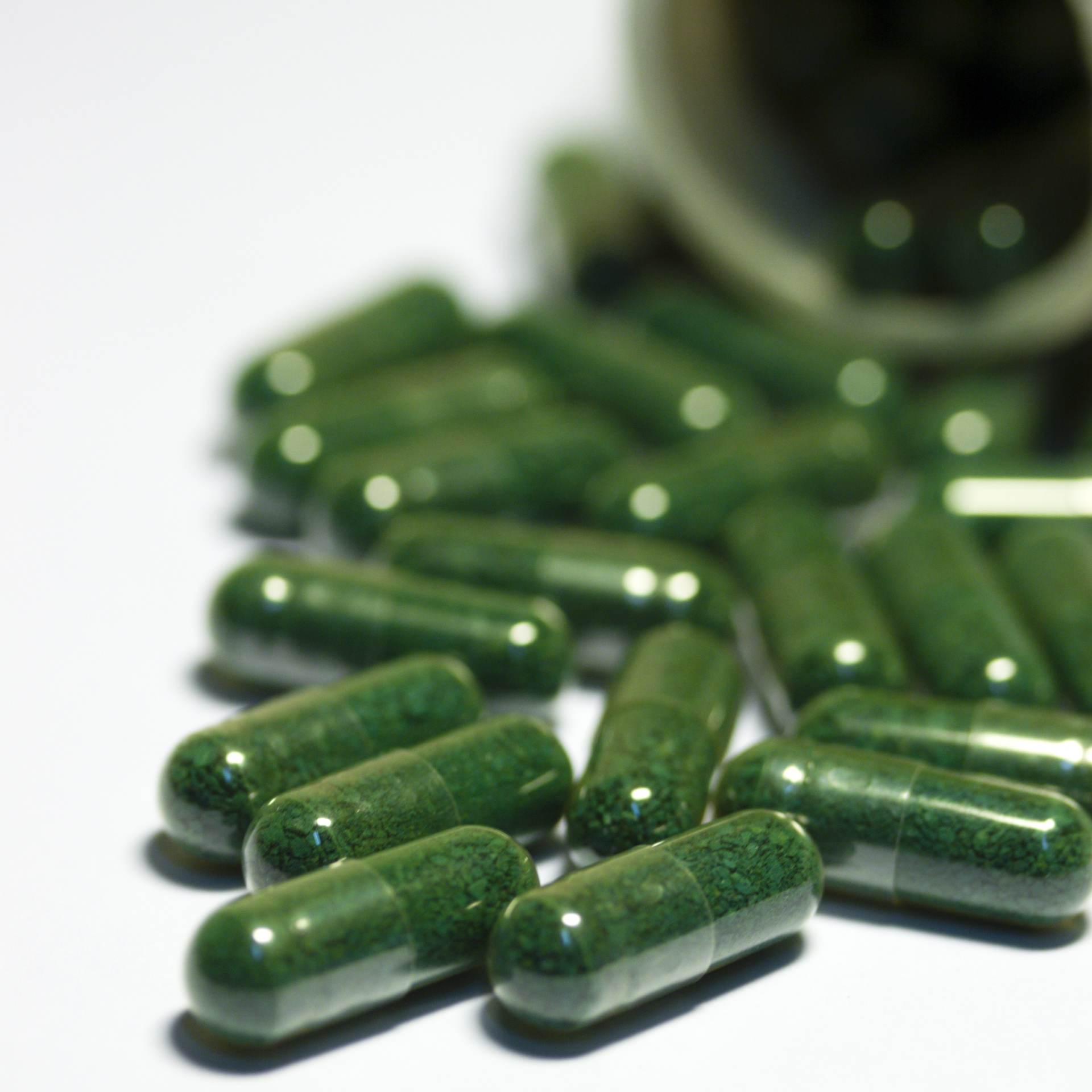 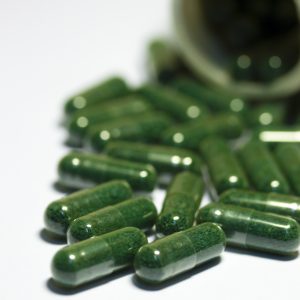 In a series of decisions in the past decade, most recently 2017’s Hamer v. Neighborhood Housing Services of Chicago, the Supreme Court has distinguished jurisdictional rules from non-jurisdictional claim-processing rules. The distinction has been framed in consequential terms — a jurisdictional rule is mandatory and does not admit of equitable exception, suspending or extending the deadline based on concerns for fairness and justice. But the court has allowed that non-jurisdictional claim-processing rules could be mandatory if the rulemaker (whether Congress or the Supreme Court) so chooses, while reserving whether such rules could be subject to equitable exception.

That possibility is the focus of Nutraceutical Corp. v. Lambert, to be argued November 27.

This case concerns Federal Rule of Civil Procedure 23(f), which provides that a “court of appeals may permit an appeal from an order granting or denying class-action certification under this rule if a petition for permission to appeal is filed with the circuit clerk within 14 days after the order is entered.” This ensures that class litigation does not continue when a class is improper and that a case is not prohibited from moving forward as a class when it should.

Troy Lambert filed a putative class action, alleging violations of California’s false advertising, consumer fraud and unfair competition laws, arising from Nutraceutical’s sale and marketing of purported aphrodisiac supplements. The district court certified the class in 2014, then decertified it on February 20, 2015. At a March 2, 2015, status conference, Lambert requested that the court recertify the class; the court notified Lambert he could file a motion for reconsideration of the decertification order within 10 days of the conference, which Lambert did on March 12, 2015 (the 10th day). The district court denied the motion for reconsideration on June 24, 2015. Lambert filed his Rule 23(f) petition with the U.S. Court of Appeals for the 9th Circuit on July 8, 2015.

The 9th Circuit held that the appeal was timely. As a non-jurisdictional claim-processing rule, Rule 23(f) is subject to equitable exception to “avoid or soften” the time limitations. One such exception is that filing a motion for reconsideration of the decertification order within the rule’s 14-day window would have tolled, or suspended, the period, although that exception did not apply here because Lambert did not file his petition within 14 days. But other equitable factors supported tolling in this case, including Lambert’s notifying the district court of his intention to seek recertification, filing his motion for reconsideration within the 10 days ordered by the court, and otherwise acting diligently in asserting his procedural rights. The court recognized that other circuits take a narrower approach to equitable tolling and would not allow tolling in this case.

Nutraceutical argues that Lambert’s 23(f) petition should have been filed on or before March 6, 14 days after the court decertified the class. Failure to do so rendered the petition for review inexcusably and irrevocably untimely and not saved by equitable exceptions to the rule’s time limits.

Although Hamer reserved whether claim-processing rules can be subject to equitable exceptions, Nutraceutical argues that a rule written in the emphatic language of Rule 23(f) precludes such exceptions. Under the rules, the court of appeals may permit appeal only if a prerequisite is met — the filing of a petition within the stated period. This mandatory reading ensures consistency with Federal Rule of Appellate Procedure 5, which reinforces that petitions for permission to appeal must be filed within the time specified in the rule authorizing the appeal. And the reading receives further support from Federal Rule of Appellate Procedure 26(b)(1), which allows courts to extend time limits for good cause, except for petitions for permission to appeal.

Rule 23(f)’s purpose also supports the “strict and mandatory” reading. Deadlines for filing appeals generally should be strictly enforced. That need is especially pronounced with respect to deadlines for interlocutory appeals, which create exceptions to the final judgment rule, disrupt the normal flow of litigation, lengthen litigation, waste resources and create uncertainty around whether the appeal of one interlocutory issue stays the rest of the litigation in the district court. A strict reading of Rule 23(f) also does not produce the harsh consequences or traps for unwary or unsophisticated plaintiffs that may justify equitable exceptions in other contexts. Potential class members are typically represented by competent counsel familiar with relevant deadlines. And class members do not lose all opportunity to seek review if they miss the mandatory Rule 23(f) deadline, because they can appeal the decertification decision on appeal from final judgment.

Even if equitable tolling were permissible under Rule 23(f), tolling is inappropriate in this case. No extraordinary circumstances prevented the plaintiff from seeking review within 14 days and the plaintiff’s tardiness did not result from reliance on “specific assurances” from the court that he could file a late petition. The larger problem is that the 9th Circuit adopted and applied broad equitable exceptions; the court considered whether Lambert was diligent in pursuing his rights and whether he took some action to reflect an intention to preserve his right to appeal immediately. But these considerations are different from the usual facts allowing equitable tolling, which are both extraordinary and beyond a party’s control.

Lambert begins from the premise that the Supreme Court need not resolve whether Rule 23(f) can be equitably tolled, because the appeal was timely under the rule. The request for recertification of the class at the March 2 conference constituted an oral motion for reconsideration, which all parties and courts agree stopped the 14-day appeals clock until after resolution of the motion. Alternatively, Lambert’s March 12 written motion was a timely motion to alter or amend a judgment under Federal Rule of Civil Procedure 59(e), filed within 28 days of the original judgment. A potentially appealable interlocutory order is considered a “judgment” for Rule 59(e) purposes. Whether the court focuses on the oral or written motion, either presented the district court with a motion to reconsider its decertification order, stopping Rule 23(f)’s 14-day clock until that motion was resolved. The district court denied reconsideration on June 24, while also altering that judgment to provide notice to class members of decertification (an element missing from the original decertification order). Lambert then had 14 days to file the petition for permission to appeal. The petition, filed on July 8 (the 14th day following denial of reconsideration), therefore was timely.

In any event, the 9th Circuit correctly recognized that Rule 23(f) is subject to equitable exception. Lambert’s argument hinges on the history and nature of the Federal Rules of Civil Procedure, which merged law and equity and resembled the old equity rules in their flexibility and vesting of broad judicial discretion. “Given this close kinship between the Federal Rules and chancery practice, time prescriptions in the Rules … should be entitled to a presumption in favor of equitable tolling.” Lambert also points to Federal Rule of Civil Procedure 1, which provides that the rules should be construed to “secure the just, speedy, and inexpensive determination of every action and proceeding.” Those policy goals suggest that courts should apply time limits flexibly and with an eye towards equity, rather than in the “unyielding manner” that would prohibit any tolling.

Lambert argues that the text and purpose of Rule 23(f) confirm the appropriateness of the equitable exceptions the 9th Circuit employed. Because the rule gives courts of appeals unfettered discretion whether to permit appeal of a certification order, “it only makes sense that the courts of appeals are permitted to take equitable considerations such as tolling into account when deciding whether to permit an appeal.” Lambert rebuts Nutraceutical’s argument about Federal Rule of Appellate Procedure 26(b); that rule prohibits courts from extending the time to file petitions under a good-cause standard, but does not prohibit the application of tolling to an already expired deadline. Lambert emphasizes a fundamental distinction between extending a deadline and halting the running of the clock that leads to the deadline. Many rules, including 26(b), prohibit the former. But tolling achieves the latter and is permissible absent contrary language in a rule. Finally, Lambert argues that Rule 23(f) cannot be as unyielding as Nutraceutical urges, because Nutraceutical concedes that the period is tolled by a motion for reconsideration filed within 14 days. If the time period can be tolled by that motion, there is no textual or principled basis for allowing that equitable exception to Rule 23(f) but no others.