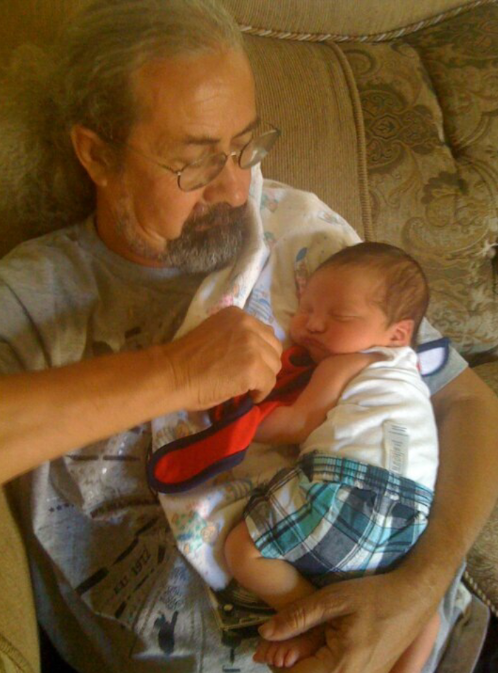 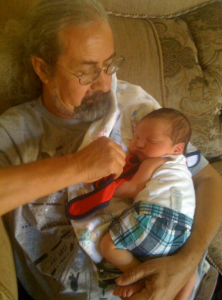 In 1996, Congress revised and expanded the detention provisions of the Immigration and Nationality Act. Since that time, immigration detention has skyrocketed. In 1996, the average number of immigrant detainees on any given day was 7,474. In November 2017, according to an excel spreadsheet available via an article on the website of the National Immigrant Justice Center, ICE recorded that its total average daily population was 39,322. Hundreds of thousands of individuals are detained in the system annually.

The federal government’s increased reliance on immigration detention has provoked a wave of litigation challenges. The Supreme Court has heard several cases involving the detention provisions of the INA, including Zadvydas v. Davis (2000), Demore v. Kim (2003), and more recently, Jennings v. Rodriguez (2018). This year, the Supreme Court will hear yet another challenge to the administration of the expanded detention provisions of the INA: Nielsen v. Preap.

This case involves a challenge to the government’s interpretation of one of the INA’s detention provisions, 8 U.S.C. § 1226(c), which mandates the detention of certain immigrants during the pendency of their removal proceedings. In Demore v. Kim, the Supreme Court upheld the government’s interpretation of this section as allowing indefinite detention during removal proceedings without a determination of whether the immigrant posed a flight risk or danger. Just this past term in Jennings v. Rodriguez, the court rejected the argument that the statutory provision required a bond hearing for the detainee once detention under this provision reached a length of six months. The court remanded the case for further litigation of related claims, including constitutional claims. In Preap, the challenge to the statute involves the government’s application of this provision to individuals who have served criminal sentences but who are not in criminal custody at the time that the government initiates removal proceedings against them.

The relevant portion of 8 U.S.C. § 1226(c)(1) states that the secretary of the Department of Homeland Security “shall take into custody any alien who— [is inadmissible or deportable on certain specified statutory grounds] when the alien is released, without regard to whether the alien is released on parole, supervised release, or probation, and without regard to whether the alien may be arrested or imprisoned again for the same offense.” The provision that follows, 8 U.S.C. S 1226(c)(2), deals with the circumstances under which an individual otherwise subject to mandatory detention under Section (c)(1) may be released, namely, “only if … release of the alien from custody is necessary to provide protection to a witness … and the alien satisfies the [secretary] that the alien will not pose a danger to the safety of other persons or of property and is likely to appear for any scheduled proceeding.”

The current case arises out of two decisions by the U.S. Court of Appeals for the 9th Circuit – Preap v. Johnson and Khoury v. Asher. Mony Preap and Bassam Khoury are both lawful permanent residents who have old criminal convictions. They had served their criminal sentences and were released years before the government initiated removal proceedings against them. On the basis of their old criminal convictions, long after their release from prison, the government placed them in removal proceedings. Because the government alleged that the applicable grounds of removal were covered by the mandatory detention provision of Section 1226(c), both men were placed in immigration detention pending the resolution of their cases.

On their own behalf and on behalf of a class of similarly situated plaintiffs, they argue that they are not covered by the mandatory detention provision at all because they were not “tak[en] into custody … when released” from incarceration for their criminal offense, but were instead taken into custody years later. The plaintiffs’ argument has straightforward, common-sense appeal. The statute specifically covers those taken into custody “when … released,” and they were not.

The government’s statutory argument is necessarily less straightforward. The government argues that it is required by the text of the statute to detain everyone who is removable on the enumerated grounds of Section 1226(c)(1), except in the very narrow instances identified in the release clause of Section 1226(c)(2), which offers directions as to when individuals otherwise covered by the section can be released. Because release for the mandatorily detained population is contemplated only under the terms specified in 8 U.S.C. S 1226(c)(2), and because Preap and Khoury do not fall under that provision, they and others like them are subject to the mandatory detention requirement.

Perhaps because its statutory reading is not obvious, the government places significant reliance upon two other arguments. First, the government’s briefs stress that Congress’ intent in enacting the mandatory detention provision was to reduce flight risk and ensure that immigrants with criminal records appear at their removal proceedings. This logic applies not just to individuals who are being released from criminal custody directly into immigration detention, but to all individuals who are subject to the mandatory detention provision. Second, the government points out the apparent policy anomaly that would result from Preap and Khoury’s interpretation of the statute: It would require detention for those immigrants detained immediately upon release from criminal incarceration but might not require detention for individuals with similar convictions and similar equities who happen to have been released days or weeks before the government initiated removal proceedings against them. Relatedly, the government argues that Preap and Khoury offer no answer to the question of “how long is too long?” At what point does an immigrant released from criminal custody no longer fall under the mandatory detention provision?

The government draws from the reasoning employed by the Board of Immigration Appeals in 2001 in In re Rojas. In that case, the board construed the statute to require detention of anyone charged with removability under the grounds contained in Section 1226(c), regardless of whether or not they were detained immediately upon release. Unsurprisingly, in Preap, the government urges deference to the agency’s interpretation of the statute in Rojas, citing to Chevron v. Natural Resources Defense Council, which requires courts to defer to an administrative agency’s reasonable interpretation of an ambiguous statute.

Preap and Khoury counter that the government’s argument is contrary to legislative history and public policy. They argue that Congress’ concern was to eliminate gaps between criminal and immigration custody. Their interpretation of the statute, and not the government’s, ensures that the government identifies and detains the individuals covered by the mandatory detention provision right at the time of release from criminal custody. They argue that there are sound policy arguments in favor of such an interpretation, too. Immigrants like Preap and Khoury, who had been living in the community for years after their release from detention, generally do not pose the same flight risk as someone who has just been released from criminal incarceration. The government still has the option of detaining any immigrant who demonstrably poses a flight risk under the discretionary detention provisions of Section 1226(a), but Preap and Khoury argue that detention is not and should not be presumptive and mandatory in cases like theirs. Unlike a recently released individual, immigrants who have reintegrated are rooted in their communities and are unlikely to flee. In fact, Preap and Khoury argue that such individuals enjoy a presumption of liberty under the Fifth Amendment’s due process clause, and that the government’s interpretation of the statute therefore raises serious constitutional questions. To avoid such questions, Preap and Khoury urge a plain-language reading of the text that would result in a more limited application of the mandatory detention provision.

The court’s decisions just last term in Sessions v. Dimaya and Pereira v. Sessions suggest that the government’s agency-deference argument will probably not persuade the court. At the same time, the court’s recent decision in Jennings v. Rodriguez suggests that the court might not be moved by the constitutional-avoidance claim raised by Preap and Khoury either. Ultimately, as with other recent cases, the decision is more likely to turn on the justices’ own determinations of the best reading of the statutory text.