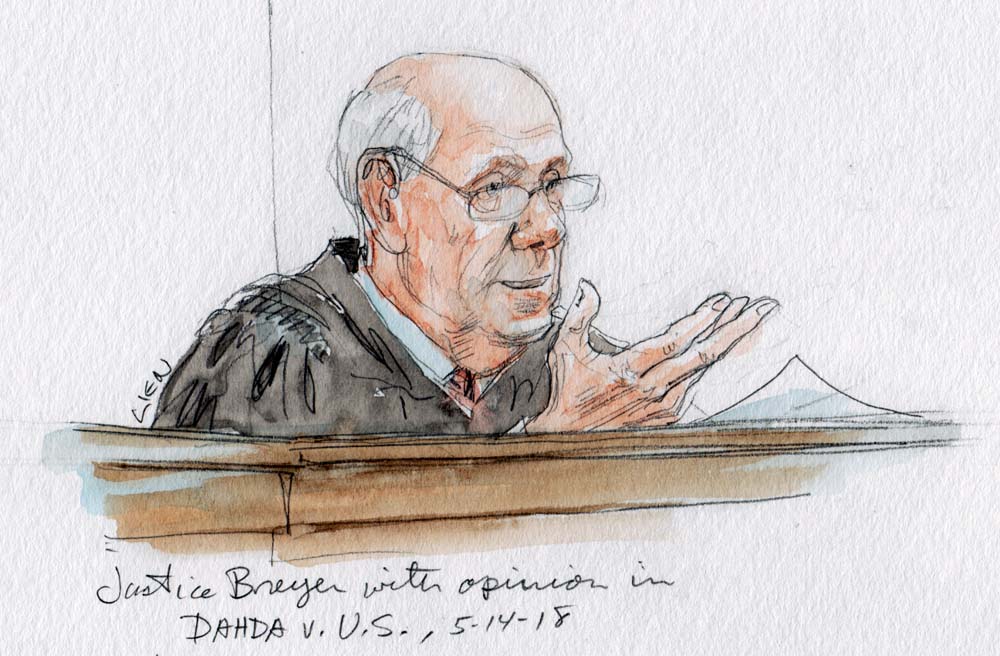 The Supreme Court’s brisk opinion in Dahda v. United States awarded the government yet another exclusionary rule victory, this time in the context of a statutory provision rooted in the Omnibus Crime Control and Safe Streets Act of 1968. The justices ruled unanimously (with Justice Neil Gorsuch recused) against a defendant’s request for suppression of evidence collected under a wiretap order that authorized surveillance outside the territorial jurisdiction of the district judge who issued the order. But while the court’s decision helpfully clarifies the law, it generally tries to avoid big questions, leaving deeper debates about statutory exclusionary rules for another day. 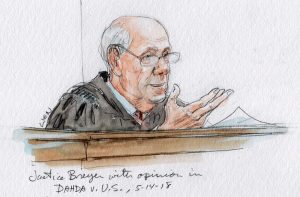 This case involves the relationship between two exclusionary rules that sit next to one another within the same section of the U.S. Code. The first applies to covered communications that are “unlawfully intercepted” and the second applies to any wiretap order that is “insufficient on its face.” Decades ago, the court held that the “unlawfully intercepted” provision applied only when the government’s unlawful conduct implicated certain “core” congressional concerns. In Dahda’s case, the court of appeals had extended that core-concern test to limit the applicability of the “insufficient on its face” provision. But the justices disagreed. Siding with Dahda on this point, the court held that it had previously adopted the core-concern test to prevent the “unlawfully intercepted” provision from rendering the other provision superfluous, so there was no reason to export that largely atextual test more broadly. The “insufficient on its face” provision, the Court stated, “means what it says.” So far, so good for Dahda.

But Dahda’s victory on that discrete point proved unavailing. In its filings in the Supreme Court, the United States raised a new argument that it had not advanced in the court of appeals. And although the court frequently reminds us that it typically operates only as a court of “review, not first view,” here the justices decided to entertain the government’s essentially new argument. The basic idea is that the wiretap order in Dahda’s case was merely defective, as opposed to insufficient. True, the order purported to authorize surveillance outside Kansas, where the district court had territorial jurisdiction, and all agreed that that authorization was unlawful. But the court concluded that the order was nonetheless sufficient. “Were we to remove the [admittedly defective] sentence from the Orders,” the court explained, in an opinion by Justice Stephen Breyer, “they would then properly authorize wiretaps within the authorizing court’s jurisdiction.” Thus, the offending sentence was mere “surplus.”

The implications of the court’s ruling are mixed—and perhaps no better for defendants than if the court had simply adopted the view set out by the decision below. On the one hand, the court asserted that insufficiency is present whenever a wiretap order fails to include the information that federal law “specifically requires the order to contain,” such as the identity of the person to be surveilled. At the same time, the court also rejected Dahda’s argument that the order in his case was insufficient in that it never explicitly stated the lawful territorial area where wiretaps could occur—namely, Kansas. And the court also declined to address several other kinds of potential insufficiency, such as when an order lacks a judge’s signature. In the short term, the main effect of this decision is to override the two circuits that had found suppression to be warranted in cases akin to Dahda’s.

The court also noted that some “overly broad” wiretap orders might be dealt with under the “unlawfully intercepted” provision, as opposed to the provision that Dahda had invoked. For example, an order that purported to authorize surveillance for unduly long periods of time might generate “unlawfully intercepted” information, assuming the violation also implicated a core congressional concern. But that kind of problem was not present in Dahda’s case. As the court repeatedly noted, the wiretaps produced at Dahda’s trial did not rest on the order’s admittedly defective sentence. Because “the unlawfully intercepted communications from the Missouri listening post were not introduced at trial,” Dahda could not obtain suppression under the “unlawfully intercepted” exclusionary rule. These points call to mind the United States’ argument that any error in the wiretap order was severable, given that prosecutors did not rely on the wiretap order’s defective provision in proving its case.

In previous posts, I have suggested that any view of what it means for a wiretap order to be “insufficient on its face” raises the question, “Insufficient for what?” For example, an order could be facially insufficient to authorize: any surveillance at all, the surveillance that it purports to authorize, or the surveillance that is actually introduced at trial. The court seems largely to embrace the first type of insufficiency, while only indirectly touching on the other possibilities. But some readers might think that the choice among the various options is difficult—and not dictated by the dictionary definition of “insufficient.” So, consistent with the oral argument and exclusionary case law more generally, the court was guided by what, in its view, “makes sense” of the various suppression provisions involved.