Argument preview: The long-standing water dispute between Florida and Georgia gets a(nother) day in court 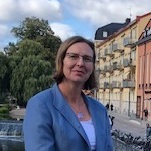 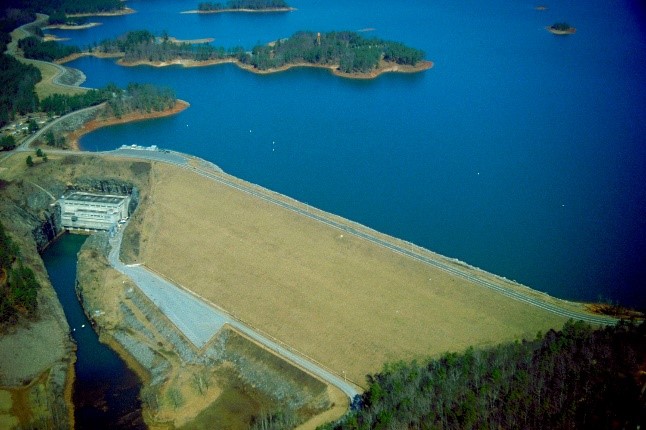 Lara Fowler is a senior lecturer at Penn State Law and the assistant director of the Penn State Institutes of Energy and the Environment.

On Monday, January 8, the justices will hear the latest chapter in a long-running fight over water in the Apalachicola-Chattahoochee-Flint River basin. The question at issue is whether “Florida [is] entitled to equitable apportionment of the waters of the ACF Basin and injunctive relief against Georgia to sustain an adequate flow of freshwater into the Apalachicola Region.” This original jurisdiction case is important for two reasons. First, it considers the burden of proof Florida must meet to establish both injury and redress for the alleged harm. Second, this is the first time that a portion of the protracted legal fight over the ACF basin will be heard by the U.S. Supreme Court.

After repeatedly urging the parties to settle, the special master, Ralph I. Lancaster, Jr., concluded that Florida’s request for relief should be denied. The states will be arguing their exceptions to Lancaster’s report, which caps “decades of on-again off-again negotiation over the use of the waters of the Basin.”

The geography of the dispute

The ACF Basin includes 19,500 square miles and three rivers that flow across three states, including Georgia, Florida and Alabama, before draining into Florida’s Apalachicola Bay.

The Chattahoochee River begins in Northern Georgia and flows over 430 miles south, with the lower 200 miles forming the border between Georgia and Alabama. This river terminates at the Florida border and includes Lake Lanier, the reservoir behind Buford Dam (the uppermost dam on the system, upstream of Atlanta). Although Lake Lanier is permitted for multiple uses, the city of Atlanta does not have long-term authorization for its use as a municipal water supply. Nevertheless, Atlanta receives 70% of its water from Lake Lanier.

The Flint River begins at the Atlanta airport and flows 350 miles south, with only the Jim Woodruff Dam serving as a “run of river” project, meaning that it lacks any appreciable storage. This river supports significant irrigated agriculture in southwestern Georgia, which has increased from 75,000 acres in 1970 to more than 825,000 acres in 2014.

The Apalachicola River flows — undammed — 100 miles south from the confluence of the Chattahoochee and the Flint Rivers through a rich ecosystem in the Florida panhandle. The river provides 35% of the freshwater inflow into the eastern Gulf of Mexico and Apalachicola Bay.

The Apalachicola Bay is one of the largest estuaries in the southeastern United States and “one of the most productive estuaries in the northern hemisphere.” It supports oysters, shrimp and finfish. Historically, 90% of Florida’s oysters (10% of the U.S. total) came from this bay.

The history of the dispute

Called the “emblem of Sisyphean water conflict in the eastern United States,” this case involves issues that date back to at least the 1980s. These include municipal and industrial water supply, particularly for Atlanta, navigation, hydropower generation and electric power cooling, irrigation, fisheries, recreation, ecosystem services, endangered species and economic development.

At the heart of the matter is how and for whom the U.S. Army Corps of Engineers manages five dams and four reservoirs in the Chattahoochee and Flint River system. The Corps is “supposed to operate the dams as a unified whole to achieve multiple objectives, including navigation, hydroelectric power generation, national defense, recreation, and industrial and municipal water supply,” using a “Master Manual” to govern operation of all the dams.

During the 1980s, a series of droughts exacerbated conflict over water supplies in the ACF basin. Several Georgia municipalities, including Atlanta, asked the Corps to reallocate water supplies in its storage reservoirs for municipal supply. After studying the issue, the Corps proposed to authorize a long-term allocation of water to Atlanta from Lake Lanier in 1989.

In 1990, Alabama started the wave of litigation by filing a lawsuit against the Corps to prevent reallocation of water supplies; Florida, Georgia and the Atlanta Regional Commission intervened. The case was stayed during efforts to negotiate. In 1992, the parties entered a Memorandum of Agreement to conduct a comprehensive study seeking resolution of water-resource issues. This case was later folded into a multi-district litigation, discussed below.

In 1997, the states and the federal government entered into a compact for the ACF basin, as well as a compact for the nearby Alabama-Coosa-Tallapoosa River basin, to “develop an allocation formula for equitably apportioning the surface waters of the ACF Basin among the States while protecting the water quality, ecology, and biodiversity of the ACF.” Approved by Congress in 1997, the identical compacts were essentially “agreements to agree” and did not actually allocate water supplies; they eventually expired because no permanent agreements were reached.

As the negotiations faltered, litigation picked up. Ultimately, various parties filed eight separate cases in six different federal courts challenging various impacts of the Corps’ operation of its reservoirs. These cases were eventually consolidated as a multi-district litigation known as the “Tri-State Water Rights Litigation.” In 2011, the U.S. Court of Appeals for the 11th Circuit held that “the Corps had the authority to allocate substantial quantities of storage in Lake Lanier for purpose of water supply for the Atlanta metropolitan area;” the Supreme Court denied a petition for certiorari. The Corps then proceeded to update its Master Manual, last updated in 1958.

A date with the Supreme Court: Florida v. Georgia

After a drought and the collapse of its oyster fishery in 2012, Florida filed a motion for leave to file a complaint for equitable apportionment and injunctive relief against Georgia in the Supreme Court in 2013. Florida sought to cap Georgia’s “overall depletive water uses” at 1992 levels from the Chattahoochee and Flint Rivers, alleging “serious harm” to the Apalachicola region’s ecosystem and economy because Georgia’s increased water consumption reduced flow into the Apalachicola Bay, changed the salinity of the bay, and caused the collapse of the oyster fishery. Neither Alabama nor the Corps was included in the original complaint.

The Supreme Court granted Florida’s motion, and appointed Lancaster as the special master on November 19, 2014; he has maintained a docket for documents filed before him.

Lancaster conducted extensive discovery and preliminary motions during 2014-2016. In February 2015, Georgia filed a motion to dismiss for failure to include the United States as a required party given the Corps’ role in operating the dams and reservoirs on the Chattahoochee and Flint systems. In June 2015, Lancaster ruled that although the United States was a party required to be joined if feasible, it had sovereign immunity and had not consented to suit. Rejecting Georgia’s motion to dismiss, he concluded that “it might be possible to shape a remedy that would afford Florida adequate relief absent the United States as a party by entering an order capping Georgia’s water consumption.” He noted that Florida bore the burden to prove this at trial. He also concluded that Alabama was not a required party and was not at risk of prejudice by not participating.

Lancaster conducted a six-week trial in in late 2016, resulting in a 17-volume transcript.

On February 16, 2017, Lancaster issued a report rejecting Florida’s argument that Georgia’s water consumption should be limited. He concluded that Florida had “not proven by clear and convincing evidence” that putting a cap on how much water Georgia could consume would improve the river flows during a drought period. Further, he found that because the Corps of Engineers, which operates of the dams and reservoirs in question, was not a party to the case, Florida could not receive the relief it requested.

On March 30, 2017, the Corps adopted its new Master Manual for the ACF basin; in the record of decision, the Corps noted that “[s]hould the Supreme Court issue a decree apportioning the waters of the ACF Basin … [the Corps] would … adjust its operations accordingly.”

In May 2017, Florida filed exceptions to the special master’s report. Florida argues that because the special master found injury to Florida from Georgia’s water consumption, it is within the court’s power to a) take judicial notice of the newly issued Master Manual, and b) equitably apportion waters of the ACF basin in a way that delivers more water to Florida during drought and non-drought periods, thus providing redress for Florida’s claims. Although Florida agrees that it has to prove injury by clear and convincing evidence, it contests the special master’s finding that it must also prove by clear and convincing evidence that the proposed remedy will provide redress for its injury.

Georgia replied in July 2017, agreeing with the special master’s finding that Florida failed to prove its case that water saved in Georgia would reach the state line without a change in the Corps’ operations. Georgia relies on a post-trial amicus brief from the United States stating that “additional water generated by a cap would be stored in upstream reservoirs by the Corps until those reservoirs refilled and would not be passed on to Florida.” In arguing that the case should be dismissed, Georgia states that the special master “correctly held Florida to the exacting burden of proof that this Court has imposed on states seeking to upend the status quo at the expense of a coequal sovereign.”

Several entities filed amicus briefs in the Supreme Court, including the United States, Colorado and the Atlanta Regional Commission. The federal government  reiterates its post-trial brief and argues that increasing flows on the Flint system would not be expected to result in “releases in excess of the minimum flow at Woodruff Dam.” In other words, although imposing a cap on Georgia’s water consumption may increase water supply in the upper portion of the basin, there would not be increases in the lower basin. The government further states that considering any changes to the new Master Manual would require additional administrative processes, and should not be undertaken by the court.

Colorado, citing its “long history of navigating the complex legal issues attendant to interstate water disputes,” focuses on the burden of proof and argues that the “clear and convincing evidence” standard applies at all stages of an equitable-apportionment case.

Look to see these issues explored by the advocates and justices next week. The justices will have warmed up with another original jurisdiction dispute between the states over water rights — Texas v. New Mexico and Colorado, previewed here.