Academic highlight: Jacobi & Rozema on predicting outcomes based on interruptions at oral argument 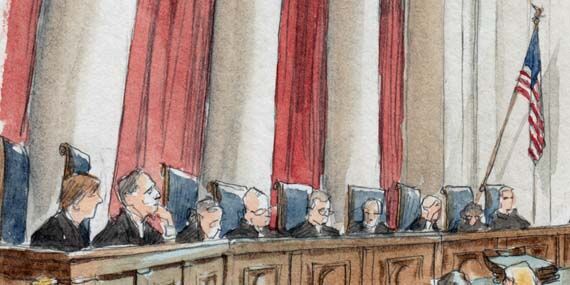 Savvy litigators can often guess the outcome of a Supreme Court case by observing the oral argument. But it might also be possible to make that kind of prediction scientifically, through empirical analysis of the justices’ interactions with the advocates and with each other. In a recent paper, Tonja Jacobi and Kyle Rozema studied oral arguments from 1960 through 2015 and found that when justices interrupt each other during oral argument, they are seven percent less likely to vote together in that case. These findings add to existing data analyzing the relationship between oral arguments and the outcome of cases. A 2009 study by Timothy R. Johnson, Ryan C. Black, Jerry Goldman and Sarah Truel found that the advocate who is asked more questions is more likely to lose the case, and Bryce J. Dietrich, Ryan D. Enos and Maya Sen were able to accurately predict many of the justices’ eventual votes in a case solely through measurement of their vocal pitch at oral argument. Taken together, these studies suggest that if we crunch all the right data, we can guess how the justices will rule months before they tell us.

Jacobi’s earlier study of interruptions showed that female justices were more likely to be interrupted by their colleagues and the advocates than were male justices. This time, Jacobi and Rozema were interested in what interruptions tell us about how the justices will vote. They hypothesized that interruptions correlate with voting disagreements between the two justices involved. The authors realized that interruptions might signal something else — perhaps a broader conflict between two justices unrelated to a specific case, or an effort by those justices who generally speak less to get a word in edgewise. But after controlling for these and other possibilities, Jacobi and Rozema found that justices who interrupt each other are more likely to disagree on the outcome of the case.

The authors acknowledge that the data does not reveal the causal relationship between interruptions and voting agreement. The justices may disagree on a case outcome in part because of an interruption that occurred during the argument, or they may interrupt each other because they already know going into the oral argument that they disagree on the outcome of the case (though the latter explanation seems far more likely).

The reasons for interruptions also are unclear. The justices may be genuinely trying to persuade each other, or they may be grandstanding for the audience and the press. Or maybe none of the above. Amusingly, the authors speculate that perhaps the “interrupting Justices … simply cannot stop themselves” from jumping in before a colleague has finished her sentence, particularly in cases in which they disagree.

Jacobi and Rozema’s study is interesting for a number of reasons, but its most obvious value is in providing advance notice to the parties and the public of how the justices will vote in a given case. Today, we rely solely on sophisticated observers of oral argument to give their views about who will win. We might do better to create computer programs that can count the number of questions, identify interrupters and interruptees, and measure vocal pitch. If we input all the right data, we might find that the written opinions we wait for breathlessly every June just confirm what we already knew.