Argument preview: Does a guilty plea waive challenge to the constitutionality of the criminal offense? 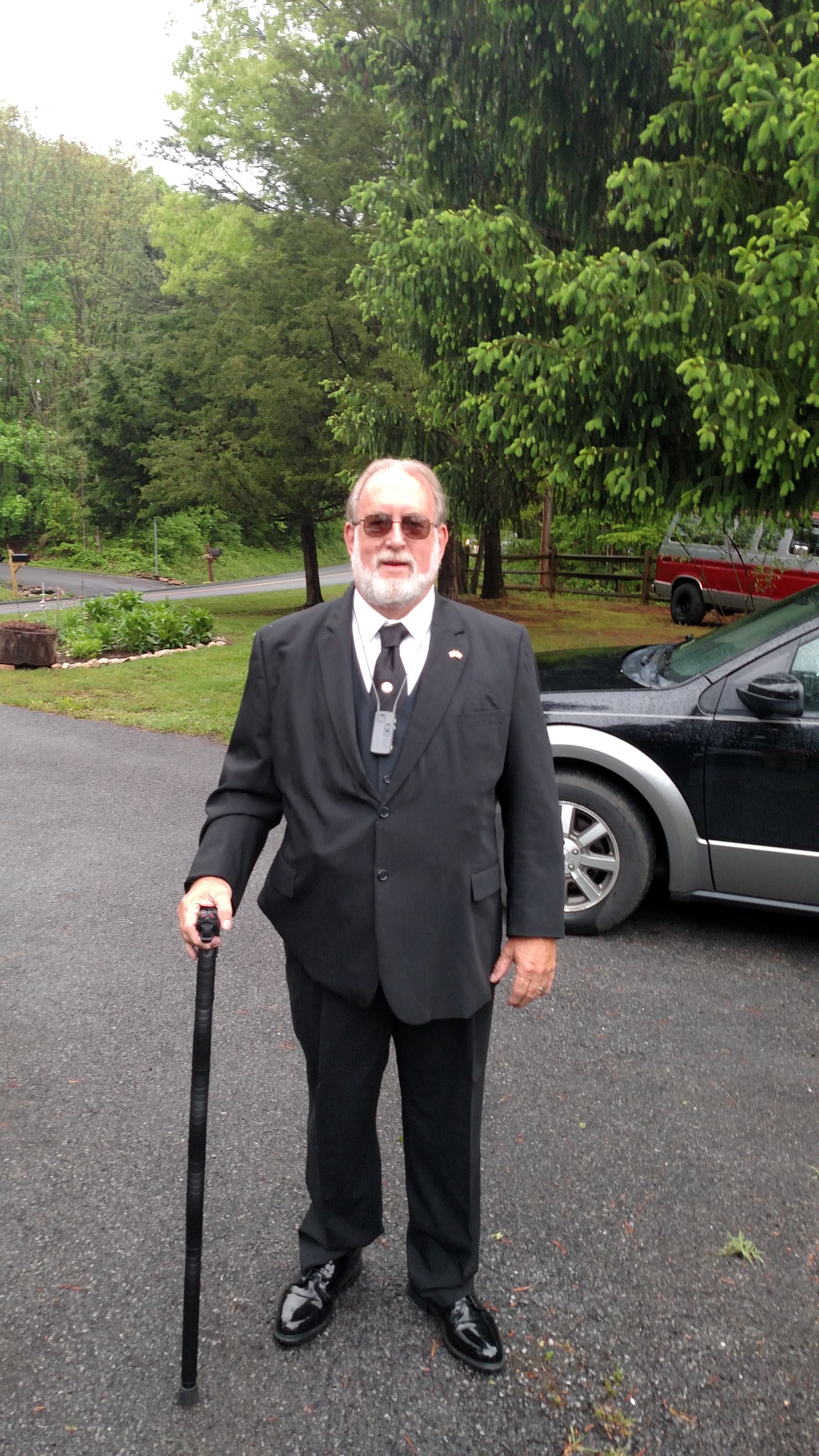 To be frank, Rodney Class appears to be what Second Amendment friends and foes alike might call a gun nut. He allegedly told the FBI after his arrest that he is a “constitutional bounty hunter” who travels around the country with guns and other weapons in order to help enforce federal criminal laws against judges who he believes have acted unlawfully. His case, however, presents a general and important question of criminal procedure on which the courts of appeals have divided and that Supreme Court precedent does not clearly answer. When a person has challenged the constitutionality of the charges against him, claiming that the crime as legislatively defined is unconstitutional, does his later plea of guilty to the charge waive or forfeit the opportunity to present that same challenge on appeal? The question of the default effect of a plea of guilty, when neither party has clearly detailed what if anything remains open for appeal, has implications for thousands of cases every year. Oral argument on this question is set for October 4.

One fine day in May 2013, having parked his car loaded with guns, ammunition, and several knives in a permit-only lot 1,000 feet from the U.S. Capitol, Class walked to visit nearby Senate and House offices. The lot Class parked in was publicly accessible – Class later said he had not seen the permit-only signage. While Class was gone, a Capitol Police officer noticed Class’ North Carolina plates, the lack of a windshield permit, and what appeared to be a “large blade” and empty gun holster inside the car. When Class returned, he admitted to the police that the car was his and that it contained guns, stored out of sight and with lawful firearm permits. The authorities informed him that it was illegal to have weapons on Capitol grounds and arrested him.

A warranted search of the car yielded three firearms and several knives. Class’ ownership of the weapons was not unlawful. But he was charged with one count of violating 40 U.S.C. §5104(3), a federal statute that makes it a crime to possess “readily accessible” firearms on the Capitol grounds. (Class was also charged with violating a Washington, D.C., law prohibiting the carrying of a pistol in public without a license, a charge that was later dropped after a federal district court declared that law unconstitutional.)

Class decided to proceed pro se, but with talented appointed standby counsel. He filed motions challenging the federal criminal statute on Second Amendment grounds, and the parking-permit precursor on due-process (lack of fair notice) grounds. After Class’ motions were denied, he did not appear for trial, writing to the court that he would no longer participate in the proceedings. Arrested on a bench warrant, Class ultimately agreed to plead guilty to the federal weapons offense. The plea agreement’s written waiver of “Appeal Rights” barred an appeal of his sentence, but not expressly of his conviction or of any specific arguments. Neither, however, did it expressly reserve a right to present any specific issues on appeal.

At argument, the justices are likely to focus on the specifics of Class’ plea colloquy with the district judge (which you can read in the joint appendix). After stating that Class “would be generally giving up your rights to appeal” (and later, “most of your rights to appeal”), the judge noted some “exceptions,” including “if you believe that your guilty plea was somehow unlawful or involuntary or if there is some other fundamental defect in these guilty plea proceedings.” Whether this was sufficient to preclude or preserve Class’ arguments about the constitutionality of his prosecution on appeal was not addressed.

After being sentenced to imprisonment for 24 days of time served, a year of supervised release and a $250 fine, Class appealed. The U.S. Court of Appeals for the District of Columbia Circuit appointed amicus counsel, who challenged the federal statute as unconstitutional under the Second Amendment and unconstitutionally vague under the Fifth Amendment. But the federal government argued that absent a “conditional plea” reserving those issues, Class’ “unconditional” guilty plea had waived those claims. In a brief unpublished per curiam opinion, the court of appeals affirmed Class’ conviction, citing its precedent holding that “unconditional pleas that are knowing and intelligent … waive … claims of error on appeal, even constitutional claims.” Recognizing that there are exceptions for constitutional claims that the trial court “lacked subject-matter jurisdiction” or that the defendant had a “right not to be haled into court at all,” the court said, without further explanation, that “neither … exception applies here.”

Arguments before the Supreme Court

Class argues that his guilty plea did not include an express waiver of his constitutional issues on appeal, and that a “default” rule that such issues are available on appeal absent express waiver should be embraced by the Supreme Court. He relies primarily on two 40-year-old precedents, Blackledge v. Perry, from 1974, and Menna v. New York, a per curiam opinion from 1975, which both allowed criminal defendants to raise certain constitutional challenges on appeal despite a plea of guilty (“factual guilt”) to the offense charged. Blackledge allowed an appellate claim of “vindictive prosecution” after a guilty plea, because the claim “went to the very power of the State to bring the defendant into court to answer the charge.” Menna allowed a defendant to present a constitutional double-jeopardy claim on appeal despite having pled guilty, because if Menna was right, the criminal charge was “one which the State may not constitutionally prosecute … no matter how validly his factual guilt is established.”

Class argues that his claims fall within the Blackledge–Menna rationale. He points out that although Federal Rule of Criminal Procedure 11 lays out rules for “conditional” guilty pleas (which, if the government agrees, allow for the express reservation of “specified” issues for appeal even after a defendant pleads guilty), the Advisory Committee expressly noted that this 1983 amendment “should not be interpreted as either broadening or narrowing the Menna-Blackledge doctrine.” Class argues that his claims of unconstitutionality based on the Second and Fifth Amendments go “to the very power of the State to bring” him into court and thus fall within this doctrine, “no matter how validly his factual guilt is established.”

There are, as in most Supreme Court cases, more detailed arguments that are likely to be mentioned at argument. But perhaps the most interesting question for court-watchers will be whether the justices give any sign that the Second Amendment argument that Class wants to present alters their otherwise perhaps more predictable inclinations.

More generally, the government argues that interests of “finality” and “clarity” are essential to the criminal process and would be undermined by Class’ broad argument. Class responds that clarity and finality will be preserved if he prevails – the only question is who should bear the burden of ensuring the clarity of a guilty plea. He points out that the government can simply obtain express waivers of all claims for appeal – but it did not do so here. (Somewhat perversely, this argument appears to embrace the government demanding more appellate waivers in plea agreements, a practice that the defense bar generally excoriates.)

As a fallback position, Class argues that because the trial judge’s explanation of his appellate rights and waivers was somewhat opaque and inconsistent, his case should be remanded for a hearing on whether his guilty plea was “voluntary and intelligent,” even if the court accepts the government’s generalized “inherent waiver” argument. The government responds that this additional argument falls outside the question presented, and is wrong in any case. This may generate some questions at argument. But a remand for further individualized proceedings, after a general question has been resolved by the Supreme Court, is not uncommon.

One final aside: Whether a ruling in this matter would be limited to federal cases does not appear to be addressed by either party. Are the arguments regarding the inherent effect of a guilty plea constitutionally based, or purely federal practice rules? Amicus briefs supporting Class seem to assume that a ruling here should also apply to state cases – the number of which of course dwarfs the number of federal prosecutions by many tenfolds. Interestingly, no amici, neither states nor other parties, have filed in support of the government in this case.

In what is being billed as a “blockbuster” term, this case does not present a blockbuster issue. Still, given the modern-day reality that most criminal cases are resolved by guilty plea, the default rule for the effect of a guilty plea on appeals will likely affect thousands of cases, both past (habeas challenges) and future. Perhaps it will lead to yet another amendment to Federal Rule 11: The rule has been amended every four years, on average, for the past four decades. As the last-argued case in the first week of the new term, this case may also suffer from some “argument fatigue” on the part of the justices. As always, stay tuned.