Argument preview: The constitutionality of mandatory and lengthy immigrant detention without a bond hearing 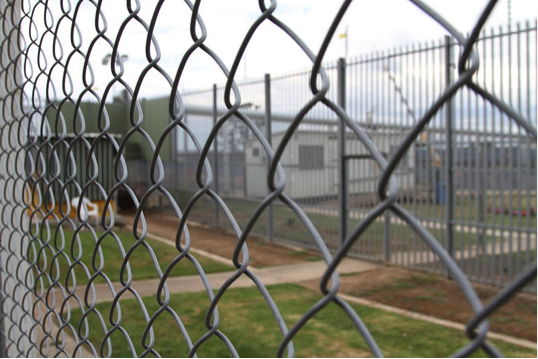 Detention as a tool of immigration enforcement has increased dramatically following immigration reforms enacted in 1996. Two Supreme Court cases at the dawn of the new millennium offered contrasting approaches to the review of decisions of the U.S. government to detain immigrants. In 2001, in Zadvydas v. Davis, the Supreme Court interpreted an immigration statute to require judicial review of a detention decision because “to permit[] indefinite detention of an alien would cause a serious constitutional problem.” Just two years later, the court in Demore v. Kim invoked the “plenary power” doctrine – something exceptional to immigration law and inconsistent with modern constitutional law – to immunize from review a provision of the immigration statute requiring detention of immigrants awaiting removal based on a crime.

How the Supreme Court reconciles these dueling decisions will no doubt determine the outcome in Jennings v. Rodriguez. This case involves the question whether immigrants, like virtually any U.S. citizen placed in criminal or civil detention, must be guaranteed a bond hearing and possible release from custody. Relying on Zadvydas v. Davis, the U.S. Court of Appeals for the 9th Circuit affirmed a district court injunction that avoided “a serious constitutional problem” by requiring bond hearings every six months for immigrant detainees. The court of appeals further mandated that, in order to continue to detain an immigrant, the government must prove that the noncitizen poses a flight risk or a danger to public safety.

Some may believe that the Ninth Circuit’s vision of immigration detention is wiser or more humane, while others would disagree. But Congress weighed the interests in controlling the border, protecting the public from criminal aliens, affording individual aliens adequate protections and opportunities for relief and review, and minimizing the adverse foreign-relations impact of U.S. immigration law. The canon of constitutional avoidance is not a tool for courts to comprehensively rewrite those laws and strike a different balance.

The government further contends that judicial review through the filing of writs of habeas corpus by individual noncitizens satisfies any constitutional concerns raised by detention.

In arguing for reversal, the United States relies on Demore v. Kim and enthusiastically invokes the plenary-power doctrine, claiming that the 9th Circuit’s ruling “conflicts with this Court’s longstanding rule that the political Branches have plenary control over which aliens may physically enter the United States and under what circumstances.” The government also cites Shaughnessy v. United States ex rel. Mezei, a Cold War relic from 1953 that law professors love to hate but that nonetheless remains good law. In an outcome difficult to square with modern constitutional law, the court in Mezei denied judicial review of a decision to detain an immigrant indefinitely based on secret evidence.

Defending the injunction entered by the lower court, the class of immigrant detainees contends that due process requires a bond hearing to determine whether the noncitizen is a danger to the public or a flight risk. Focusing on Zadvydas v. Davis, they claim that the Constitution requires a hearing but not a right to release. The class cites a litany of decisions in support of this position, including United States v. Salerno, from 1987 (upholding pretrial detention of criminal defendants only after individualized findings of dangerousness or flight risk at bond hearings); Foucha v. Louisiana, from 1992 (requiring individualized findings of mental illness and dangerousness before civil commitment); and Kansas v. Hendricks, from 1997 (allowing civil commitment of sex offenders after a jury trial). The only distinction between those cases and Jennings, the detainees argue, is that U.S. citizens, not immigrants, were being detained. The class further contends that habeas-corpus review fails to satisfy the due-process concerns implicated by prolonged mandatory detention.

Respondents do not confront the plenary-power doctrine head on; however, the amicus brief of Asian Americans Advancing Justice calls for the overruling of the doctrine, which “belongs in the ash heap of history along other racist doctrines,” a reference to the fact that its origins can be traced to 19th-century decisions, such as 1889’s Chinese Exclusion Case, in which the Supreme Court upheld laws excluding noncitizens from China.

During oral argument last term, some justices expressed concern that the 9th Circuit had behaved more like a legislature than a court in mandating a bond hearing every six months. Along those lines, Chief Justice John Roberts and others suggested that the case might need to be decided on constitutional grounds.

The court subsequently issued an order requesting supplemental briefing on the constitutionality of provisions of the immigration laws that allow for detention of noncitizens without bond hearings. For the most part, those briefs reinforced the parties’ views on the merits. Even after the supplemental briefing, the court apparently needed an additional vote to decide the case. After Justice Neil Gorsuch replaced the late Justice Antonin Scalia, the court ordered reargument.

By holding that the immigration statute permitted a bond hearing at reasonable intervals and possible release from custody, the 9th Circuit sidestepped the serious constitutional concerns presented by the statute. The Supreme Court now must decide whether the court of appeals reasonably construed the statute to avoid the constitutional issues by requiring a periodic hearing and, if not, whether ordinary constitutional rules apply to immigrants in detention.

At oral argument, the justices no doubt will again grapple with the Supreme Court’s two warring immigrant-detention decisions, Zadvydas v. Davis and Demore v. Kim. With briefing on the constitutionality of the detention scheme complete, the court is primed to reaffirm the plenary-power doctrine, or modify it to review the constitutionality of the immigrant-detention provisions of the immigration statute.

Whatever the outcome, a decision in the case will have an immediate and significant impact. In a January 2017 executive order, which included numerous immigration-enforcement initiatives, President Donald Trump announced an end to the “catch and release” of immigrants facing removal from the United States. Detention without bond became official immigration-enforcement policy. The court’s decision in Jennings v. Rodriguez is therefore likely to bear on the administration’s ability to implement its immigrant-detention program.