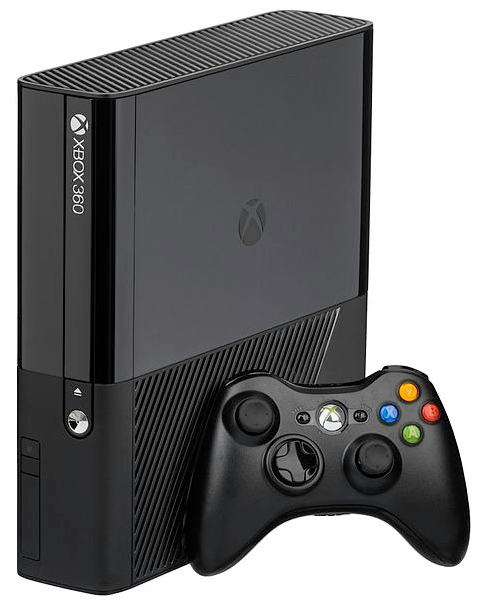 If I told you that the first Tuesday of the March argument session featured the biggest patent case of the term, you probably would not be surprised if you already knew that was the day of the Microsoft argument. As it happens, though, Microsoft v. Baker is not the big patent case; that one is Impression Products v. Lexmark, which I’ve previewed here. Microsoft v. Baker does not have anything to do with patents or intellectual property at all; it is, rather, a civil procedure case. That is not to say it will be a dull one. Indeed, there is every reason to think the justices will be fully focused when they come to that argument, because more than 14 months will have elapsed since the court agreed to hear the case. Yes, this is one of the cases granted while Justice Antonin Scalia was still on the court, for which the justices seem to have deferred argument in an effort to avoid adjudicating the case with an eight-member bench. We now know, of course, that despite the delay only eight justices will be on the bench next week to hear the argument.

Those eight justices will consider the options available for plaintiffs when a district court determines that a case is not suited for adjudication as a class action. Traditionally, the federal courts of appeal can hear appeals only from “final” decisions of a district court. Because the claims of individual plaintiffs survive even when a district court refuses to certify a case for adjudication as a class, the decision denying certification ordinarily does not produce a final order suitable for immediate review on appeal. The problem that plaintiffs face, though, is that adjudication of the individual claims often makes no sense without class relief because the costs and fees associated with a trial would dwarf the possible recovery from any particular individual’s claim. Accordingly, the denial of class certification is as a practical matter the end of most cases filed as class actions.

Responding to that practicality, lower courts developed a practice in the 1960s and 1970s of permitting plaintiffs to appeal immediately upon the denial of class certification, reasoning that even if it was not technically final the certification order was the “death knell” of the litigation. In 1978, though, the Supreme Court’s decision in Coopers & Lybrand v. Livesay rejected the death-knell doctrine, holding definitively that a denial of class certification does not create a final order eligible for immediate appellate review.

Responding to the rise of class actions, and the high stakes that certification decisions present, the Advisory Committee in 1998 amended Federal Rule of Civil Procedure 23 (which governs class actions) to permit immediate appeals of certification decisions, but only if the court of appeals agrees that it is appropriate for the appeal to proceed; it is common ground that Rule 23(f) grants the courts of appeals “unfettered discretion” to determine whether to permit such an appeal.

Against that background, the question in this case is whether the rule leaves any options for the plaintiffs when the district court denies certification and the court of appeals declines to permit an appeal under Rule 23(f). The most common tactic that plaintiffs have adopted is a sort of quasi-dismissal. Specifically, when the court of appeals declines to permit Rule 23(f) interlocutory review of a denial of class certification, the named plaintiffs voluntarily “dismiss” their individual claims; I use “scare quotes” because the dismissal is only conditional, hinging on the expectation that the claims of the named plaintiffs will revive if the court of appeals approves certification. The idea is that the dismissal of the individual claims produces a final judgment suitable for immediate appeal. That strategy has been controversial, and the Supreme Court has not previously considered it. This case presents the strategy directly: The district court rejected the claims for class-based relief in a case stemming from an alleged defect in Microsoft’s Xbox 360 home video game console; the named plaintiffs voluntarily dismissed their complaint; the court of appeals accepted the plaintiffs’ appeal and reversed the district court’s decision rejecting class-based adjudication.

Although the procedural maneuvering summarized above may seem intricate, the arguments produced to attack and defend it are fairly direct and easy to follow. For its part, Microsoft, the class-action defendant, contends that the strategy is a thinly veiled end-run around the policy choice made in Rule 23(f), which loosens the Livesay holding to permit interlocutory appeals of class-certification decisions, but only at the discretion of the court of appeals.

Arguing in favor of the voluntary-dismissal strategy, Seth Baker, one of the named plaintiffs in the putative class action, contends that the strategy provides exactly what Livesay demands: a final order of dismissal. The district-court proceedings ended with a dismissal of the complaint with prejudice, the paradigmatic final order suitable for appellate review. Baker maintains that the dismissal is real in the only way that matters: An affirmance by the court of appeals of the denial of certification would conclusively end the litigation without any opportunity for further proceedings in the district court. Baker aptly characterizes much of Microsoft’s argument as mere policy concerns that are irrelevant given the actual finality of the order challenged on appeal.

Microsoft’s rebuttal emphasizes the conditional nature of the dismissal. Microsoft insists that no view of the conditional dismissal can leave the case in a posture that would support appellate review. On the one hand, if the court treats the plaintiffs’ claims as subsisting – still in existence – then there is not yet a final order that would satisfy Livesay. On the other hand, if the court takes the plaintiffs at their word as having dismissed their claims, then the case must be moot. We know from the court’s 2013 decision in Genesis Healthcare v. Symczyk that a class action becomes moot if the claims of the named plaintiff are moot; if this dismissal is a real one, disposing of the individual interests of the named plaintiffs, then, Microsoft argues, Genesis compels the conclusion that the named plaintiffs no longer retain a justiciable interest that would support continuing appellate review.

Reasonable minds certainly can differ about the power of Microsoft’s dichotomous analysis of the plaintiffs’ dismissal. On the one hand, although the case differs a bit from Genesis, it is reasonably likely that all five of the justices in the majority in Genesis would find Microsoft’s argument compelling. The problem Microsoft faces, though, is that only four of the five justices from the majority in Genesis remain on the bench. Scalia’s absence leaves a bench composed of four justices from the Genesis majority, balanced by all four of the Genesis dissenters. If we want to look for a reason that the justices thought argument in this case would benefit from a ninth vote, that seems like the best place to look. And that tells me that what we should be watching most closely in the argument is the justices’ attention to the question whether this conditional dismissal that the plaintiffs have accepted leaves them an interest sufficient to support a justiciable controversy.