Argument preview: Feats of strength and standards of review 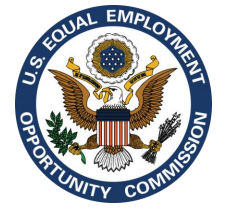 Even in a term in which the eight-member court seems to be going out of its way to avoid high-profile disputes, there is a remarkable degree of consensus among the various players involved in McLane Co. v. Equal Employment Opportunity Commission. The issue in this case is whether the courts of appeals should review de novo, rather than only for abuse of discretion, district court orders to quash or enforce EEOC subpoenas. The employer, the U.S. solicitor general and two sets of amici all agree that the answer is “no,” as do nearly all circuit courts that have addressed the question. Even the panel of the U.S. Court of Appeals for the 9th Circuit that rendered the decision under review was “unclear” as to the reason for its outlier rule. This leaves court-appointed amicus curiae Stephen Kinnaird to make the case for de novo review. This he does ably – though the inevitable question is whether the existing consensus will be cemented by an 8-0 opinion adopting the abuse-of-discretion standard.

The dispute in the lower courts

This case began when McLane, a supply-chain services company that sells consumer products to convenience stores and other businesses, required one of its “grocery division” employees, Damiana Ochoa, to pass a physical strength test before returning to work from maternity leave. After Ochoa failed the test and McLane fired her, Ochoa filed an EEOC charge alleging in relevant part that McLane’s use of the test amounted to sex discrimination.

In the course of investigating Ochoa’s charge, the EEOC sought a laundry list of items from McLane, including “pedigree information” – names, genders, social security numbers, contact information and other details – for each test-taker nationwide; McLane’s reason for requiring the test as to each taker; his or her scores; and any resulting adverse employment actions and the reasons for those actions. McLane resisted aspects of this request, including the EEOC’s demand for names and contact information and its reasons for terminating any test-takers. The agency then issued a subpoena for the information and eventually moved to enforce the subpoena in district court.

District courts adjudicate agency subpoenas using a burden-shifting approach. First, the agency must show that it has authority to issue the subpoena, by demonstrating that Congress has granted it authority to investigate; that it followed procedural requirements; and that the evidence sought was relevant and material to the investigation. Then, the employer gets a chance to show that the subpoena is nonetheless overbroad or unduly burdensome, which it may do by demonstrating that the agency is seeking information for an improper purpose.

Applying this test, the district court agreed with McLane that, except for the test-takers’ genders, the pedigree information was irrelevant to the sex discrimination charge. Putting a finer point on it, the district court suggested that the EEOC had actually sought the pedigree information because it hoped to interview McLane employees about whether they had been subjected to discrimination on the basis of disability – or, in the district court’s more pejorative terms, because the agency was “trolling for possible complainants.” In sum, then, the district court ordered McLane to produce six items of information for each employee or applicant in Ochoa’s division who was required to take the strength test, at any facility nationwide: their sex; test score; date of test; position applied for or reason for the test; required score; and whether the applicant or employee suffered an adverse employment action within 90 days of taking the test. The district court otherwise denied enforcement of the subpoena.

On appeal, the 9th Circuit held that the district court had construed the statutory relevancy requirement too narrowly in light of the EEOC’s mission to determine whether Ochoa’s charge was supported by reasonable cause. Accordingly, it held that the pedigree information qualified as relevant, observing that the agency might plausibly use it to determine whether McLane had given test takers of one sex relatively lenient treatment in administering the strength test. Judge Milan Smith concurred in order to express his concern that the EEOC’s collection of social security numbers could expose employees to identity theft in the event of a data breach.

In addition to painting the 9th Circuit as an outlier, McLane emphasizes the “fact-intensive, case-specific” nature of district court proceedings to enforce an EEOC subpoena, and cites other contexts in which district court decisions related to subpoenas or discovery issues are reviewed for abuse of discretion. Those contexts include subpoenas from the National Labor Relations Board, which are authorized by a statutory provision that Congress later imported into Title VII to govern EEOC subpoenas. That provision, McLane emphasizes, simply gives district courts authority to enforce agency subpoenas – it does not seem to require them to do so. McLane then points to several courts of appeals that concluded that, in the absence of a statutory mandate to enforce NLRB subpoenas, courts could exercise discretion in deciding whether to do so. Moreover, the solicitor general points out that some of those decisions were already on the books when Congress imported the provision from the National Labor Relations Act into Title VII; and other courts have relied on them in concluding that abuse of discretion is the appropriate standard of review in the EEOC context. Thus, McLane’s primary arguments turn on a combination of statutory text and precedent in this and other contexts.

McLane also argues that this case illustrates why district courts are well-positioned to determine when an agency subpoena seeks relevant information, and why appellate courts should defer to that determination for practical reasons. It emphasizes that the district court in this case was aware of two related EEOC investigations – Ochoa’s charge and an age discrimination charge that the EEOC had initiated on its own after receiving Ochoa’s charge, and pursuant to which the EEOC had attempted to enforce a similar subpoena. That comprehensive understanding, McLane continues, gave the district court particular insight into issues such as the EEOC’s true purpose in seeking the information.

As to the standard of review, the solicitor general’s arguments largely track McLane’s. However, the government argues that the 9th Circuit’s decision can be affirmed on the alternative ground that the district court did abuse its discretion by applying the wrong legal standard – specifically, that it understood the relevancy requirement too narrowly. The government reasons that, under an appropriate application of that requirement, the district court would have concluded that the pedigree information could have “cast light” on Ochoa’s allegations of sex discrimination. Anticipating this argument, McLane argues that, read charitably, the district court’s relevancy finding was not overly inflexible. Alternatively, it suggests that even if the district court did apply the wrong standard, the appropriate course is to remand to give that court an opportunity to apply the correct standard in the first instance.

In contrast, Kinnaird, the appointed amicus, argues that whether a party must comply with a subpoena is a question of law, to which de novo review should apply. In perhaps the most interesting part of the briefing in this case, Kinnaird traces the Fourth Amendment roots of the test governing the enforceability of agency subpoenas, which are, after all, constructive searches. He points out that, under Ornelas v. United States, Fourth Amendment reasonableness determinations are reviewed de novo – and, he contends, a decision whether to enforce an agency subpoena is just a reasonableness determination by another name. Accordingly, he concludes that even if the district court must make some subsidiary factual determinations in deciding whether to enforce a subpoena, the ultimate enforceability question must be reviewed de novo.

In addition, Kinnaird attempts to undermine McLane’s and the government’s NLRA argument by invoking the Administrative Procedure Act, which contains mandatory language: A district court “shall sustain the subpoena … to the extent that it is found to be in accordance with the law.” This, he continues, means that the purported grant of discretion to district courts in the NLRA is actually illusory – instead, the entity that possessed discretion in this case was the EEOC, which was entitled to exercise its judgment within the scope of its statutory jurisdiction. Finally, Kinnaird invokes other cases in which courts have appeared to apply de novo review in the subpoena context, and argues that the likelihood that de novo reviews of EEOC subpoena enforcement proceedings will overwhelm courts or exhaust parties’ resources is zero, in light of the small number of those proceedings.

In one sense, this case is an unnecessary procedural sideshow: It is clear that the EEOC has a path forward to investigating whether McLane has discriminated against its disabled employees. Before the district court, the EEOC pointed to other employees’ charges alleging disability discrimination; the district court observed that “the EEOC might have withdrawn the initial subpoena and updated it to include the other charges.” However, in attempting to resurrect the ancient Fourth Amendment lineage of this case, the appointed amicus gives the dispute a different cast. One key question heading into oral argument is whether any of the justices will accept the invitation to pick up that ball and run with it.