Argument preview: A dispute over what is actually in dispute in state prisoner exhaustion case 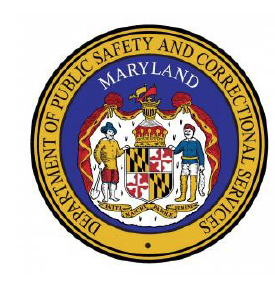 No one will confuse Ross v. Blake for one of the more high-profile cases of the Supreme Court’s October 2015 Term. But hiding behind a technical dispute over what it means for administrative remedies to be “available” under the exhaustion requirement of Prison Litigation Reform Act of 1996 (PLRA) is a far more interesting dispute between the parties over what the case is actually about – with the added baggage of a state taking a different position in its briefs about its own laws than what case law appears to reveal those laws to provide. And the more daylight there appears to be between those two things, the more the Justices may be inclined to either affirm the decision below, dismiss certiorari as improvidently granted, or, at the very least, send the case back to the court of appeals to let it clean up the mess.

Respondent Shaidon Blake is a Maryland state prisoner who claims that two state corrections officers – the petitioner, Lieutenant Michael Ross, and Lieutenant James Madigan – used excessive force to restrain him in violation of his constitutional rights in a June 2007 incident. Blake immediately reported the incident to senior corrections officers, which led to a year-long investigation by the Internal Investigative Unit (“IIU”) of Maryland’s Department of Public Safety and Correctional Services. That report concluded that Madigan had indeed used excessive force against Blake, although it did not assign any fault for the episode to Ross (or recommend any disciplinary action against him). In light of that report, Blake filed a pro se lawsuit under 42 U.S.C. § 1983 against Ross, Madigan (who resigned rather than being fired in response to the investigation), two supervisors, and three government entities, claiming that he was subject to excessive force in violation of his constitutional rights. Eventually, Blake’s claim against Madigan culminated in a jury verdict in his favor for $50,000 in damages, and his claim against the other defendants (besides Ross) were dismissed on other grounds.

As for Blake’s claims against Ross, the district court held that Blake had failed to exhaust his administrative remedies under the PLRA, which requires inmates to exhaust “such administrative remedies as are available.” Even though Blake had reported the episode to a senior corrections officer (culminating in the IIU investigation), he had failed to comply with Maryland’s three-step Administrative Remedy Procedure (“ARP”), the first step of which is the filing of a request for an administrative remedy with the warden of the relevant facility. Because of his failure to utilize the ARP, the district court concluded, Blake’s lawsuit was foreclosed by the PLRA.

On appeal, a divided panel of the Fourth Circuit reversed. Writing for himself and Chief Judge William Traxler, Judge Roger Gregory correctly explained that the dispute boiled down to whether “the ARP was available to Blake despite his ongoing IIU investigation.” But rather than focus on whether the ARP process was truly “available” to Blake, the court of appeals curiously turned instead to exceptions to the PLRA’s exhaustion requirement, including one articulated by the Second Circuit in an earlier PLRA case for:

“special circumstances” in which, though administrative remedies may have been available and though the government may not have been estopped from asserting the affirmative defense of non-exhaustion, the prisoner’s failure to comply with administrative procedural requirements may nevertheless have been justified.

Applying this test, the panel majority concluded that nothing in Maryland law, nor in its prison procedures and regulations, “contradict Blake’s belief that he had exhausted his administrative remedies by reporting the incident to senior corrections officers, thereby initiating an IIU investigation.” As such, the court concluded, the “special circumstances” exception applied, and the district court should not have dismissed Blake’s Section 1983 claim against Ross.

Judge G. Steven Agee dissented on two grounds, first criticizing the majority for relying upon what Blake reasonably believed—an exception he argued the court had no authority to read into the PLRA. And in any event, he noted, “nothing in the relevant guidance—in the prisoner handbook, directives, regulations, statutes, or otherwise—suggests that an internal investigation bars or replaces an inmate complaint through the ARP.” Thus, Judge Agee concluded, “The internal investigation made no difference.” The Supreme Court then granted Ross’s timely petition for certiorari.

The briefs at both the petition stage and on the merits take two very different approaches to the question presented. Ross, represented by the Maryland attorney general, and joined by the United States and thirty-nine other states on the merits as amici, directs most of his attention to the “special circumstances” exception, and why the Fourth Circuit erred by interpreting the PLRA’s exhaustion requirement to include such a carve-out. But Blake’s brief, in response, suggests that all of the top-side parties have mis-framed the dispute:

The question presented in the petition addresses whether the exhaustion requirement of the Prison Litigation Reform Act (PLRA) bars a lawsuit by a prisoner who made an objectively reasonable mistake when pursuing his administrative remedies. But that is not a question implicated by the facts of this case.

At the heart of Blake’s argument that the ARP was not actually available to him is the claim that, as a matter of Maryland law, the initiation of an IIU investigation necessarily abnegates both the ARP process and any other administrative remedy. As Blake explains,

routine practice during the relevant period was to dismiss ARP complaints as procedurally improper when (as in this case) an IIU investigation was pending. We document five separate cases—one of which was filed on the same day as the assault at issue here—in which ARP complaints were found procedurally improper in these circumstances. . . . We did not find a single case with a different outcome.

More alarmingly, Blake notes, is the fact that “the defendants in all five of the cases we cite were represented by the Maryland Attorney General. Indeed, in its briefs in many of the cited cases, the Attorney General’s office recognized the point we press here—that an investigation by the ‘Internal Investigative Unit[] superced[es] an ARP investigation.’” Thus, Blake concludes, “Petitioner’s assertion before this Court—that IIU investigations are ‘entirely separate’ from the ‘administrative remedy procedure’ and can proceed in parallel—is indefensible.” Instead, because the ARP process was not actually “available” as a matter of law once the IIU investigation began, Blake did not fail to exhaust by failing to utilize it.

The evidence marshaled by Blake in his merits brief appears to speak for itself – and demonstrates that the initiation of the IIU process has foreclosed the ARP process as a matter of Maryland state law in prior cases. Moreover, a prison directive promulgated subsequent to the facts of this case codifies that reading, going forward. Thus, the only question on the merits is whether, despite the five examples described in Blake’s brief, the ARP actually was available to Blake in a manner sufficient to trigger the PLRA.

Thus, the problem facing the Justices is two-fold: First, the Maryland attorney general’s brief represents that it was, contrary to the examples provided by Blake; and second, the decision below jumped over this issue by focusing on the contested existence of a “special circumstances” exception to the PLRA’s exhaustion requirement. As such, the real question for the Court heading into next Tuesday’s argument may not be the merits of the question presented, but rather the appropriate means to resolve the actual dispute between the parties – as between a vacatur and remand to let the Fourth Circuit sort it out, a dismissal of certiorari, an affirmance on other grounds, or certification to the Maryland Court of Appeals of the question whether it is indeed the case that, under Maryland state law, the initiation of an IIU investigation necessarily displaced the ARP process at the time Blake’s claim arose. Either way, the least likely scenario appears to be a broad repudiation of the “special circumstances” exception adopted below, since it doesn’t actually appear that the case – or Blake’s defense of his failure to exhaust – in any way turns on its existence.

Recommended Citation: Steve Vladeck, Argument preview: A dispute over what is actually in dispute in state prisoner exhaustion case, SCOTUSblog (Mar. 22, 2016, 10:42 AM), https://www.scotusblog.com/2016/03/argument-preview-a-dispute-over-what-is-actually-in-dispute-in-state-prisoner-exhaustion-case/