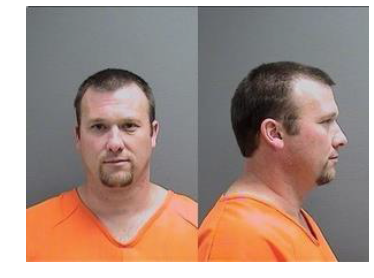 The Sixth Amendment provides various rights for “all criminal prosecutions.” Among those listed is “the right to a speedy and public trial.” Next Monday, March 28, in Betterman v. Montana, the Court will consider whether the “speedy” part of the right applies to a criminal defendant’s sentencing that happened about fourteen months after he was convicted by guilty plea. The briefing in the case is very good, and Betterman is represented by an experienced appellate advocate (Fred Rowley, making his first Supreme Court argument), as well as the UCLA Supreme Court Clinic. Montana’s solicitor general, Dale Schowengerdt, will argue for the state, and Assistant to the U.S. Solicitor General Ginger Anders will argue on behalf of the United States as an amicus in support of Montana.

Simple facts on the basic question

On April 19, 2012, Brandon Thomas Betterman pleaded guilty in Montana state court to felony bail jumping. On June 27, 2013, a little over fourteen months later, Betterman was sentenced to seven years in prison, with four years suspended. Although both parties unsurprisingly employ some rhetorical “spin” about why it took fourteen months to impose Betterman’s sentence and whose “fault” that might be, those facts seem irrelevant to the basic question presented: does the Sixth Amendment’s guarantee of a “speedy” trial apply to delays in sentencing at all?

As with these basic facts, the arguments on the constitutional question are also relatively simple. Both Montana and the federal government argue from plain textual language: “trial” in the Sixth Amendment does not include sentencing, and the speedy trial is complete when the jury announces (or, as here, a court accepts on guilty plea) a conviction. While the Sixth Amendment does apply to “all criminal prosecutions,” so that its other listed rights (like counsel) apply even at sentencing, the Framers expressly used a different word, “trial,” to distinguish the limit of the “speedy” right.

But Betterman too has some “plain language”: the Sixth Amendment says “speedy and public trial,” and Betterman says that the Court has ruled previously that the right to a “public” trial includes sentencing (In Re Oliver, 1948). Surely that is the dominant view today. But the state and federal government argue that this is an over-reading of Oliver; and that in any case the functions of the two concepts (public versus speedy) are different and should be construed differently for constitutional purposes, just as the jury trial right in the Sixth Amendment has been construed differently for trials versus sentencings.

Further (and undoubtedly oversimplifying), Betterman argues that many of the purposes served by the speedy trial right apply to sentencings as well, and he argues that “the criminal system known to the Framers” involved “fixed penalties” for conviction, so that sentencings were always speedy. (On this last point, however, I invoke the author’s privilege: as I have previously written, the penalties that the Framers actually wrote for federal crimes they enacted in 1790 while the Sixth Amendment was pending were, in fact, not fixed but rather indeterminate, requiring further judicial consideration.) The state counters that some purposes served by a speedy trial are very different than those served by sentencing. And both the state and the federal government provide detailed historical arguments counterposed to Betterman’s.

Montana and the federal government further argue that, because past cases have said that the remedy for a speedy trial violation is dismissal of the charges, the speedy trial guarantee cannot apply to sentencing, since by that time the charges have been proved and dismissal would be a nonsensical remedy. Betterman argues persuasively, however, that different and lesser remedies (such as sentence reductions or credit for time served) could easily be formulated when a sentencing is unreasonably un-speedy.

Still, on balance the prosecutors appear to have the better of the basic constitutional argument, even though the Court will have to weave its way through various precedents with language pointing on different directions. But then what, if anything, remains to attract the Court’s attention? For that, we need to examine the details of the “as applied” subsidiary questions.

Whichever way the basic constitutional question is decided, further “as applied” questions will remain. If the Speedy Trial Clause applies, then the question “was it violated here?” must be answered. If the Speedy Trial Clause does not apply, constitutional doctrine under the Due Process Clause still requires some analysis, and perhaps remedy, for an inordinately long delay in sentencing.

The Montana Supreme Court ruled that the Speedy Trial Clause applies only to trial, not the subsequent sentencing phase of a criminal case. Then that court also ruled that the facts here did not make out a due process violation. The Supreme Court will have to rule on that second question, one imagines, if it decides that the speedy trial right does not apply. And even if the Court decides that the speedy trial right does apply, the facts here seem simple and undisputed enough that the Court could also rule on whether it was violated here. Of course the Court can always remand, once a basic constitutional issue is settled. But because both parties present arguments on the subsidiary questions, and the facts (as opposed to “spin”) seem largely undisputed, I think the Court will go on to rule on them as well.

More detail on the facts

In order to examine the underlying “was there a violation here?” questions, you have to know more facts, and space requires some generality. First, Betterman is not a completely sympathetic character; his bail-jumping charge was filed after he failed twice to appear for sentencing for felony domestic assault. When he turned himself in, he was sentenced on the assault to five years, with two of those suspended upon fulfillment of conditions. He then continued to be held in the local jail pending disposition of his new bail-jumping charge, to which he quickly pled guilty in April 2012.

There were then a few months of procedural skirmishing regarding Betterman’s sentencing — and the state provides detailed arguments as to why attributing any significant delay to the state in this case is wrong. But in any case, in January 2013 (nine months after he had pled guilty), Betterman filed a motion to dismiss his bail-jumping charges, arguing that the delay in his sentencing violated his Sixth Amendment right. Some months after, Betterman alleged “prejudice”: that being kept in a jail pending sentencing, rather than being sentenced to prison, interfered with his ability to engage or complete certain rehabilitative programs necessary to fulfil his prior sentencing conditions; blocked his sentencing terms on both sets of charges (domestic assault and bail-jumping) from running concurrently; and was causing him mental and physical distress.

Indicating some shared concern, in March 2013 the state and Betterman filed a joint request to schedule sentencing. But the state court indicated that its civil caseload prevented it from proceeding more quickly. Finally in June, some fourteen months after his guilty plea, Betterman was sentenced. The trial judge ordered consecutive, rather than concurrent, time and did not give him credit on the bail-jumping sentence for the time he had spent in jail prior to sentencing, because that time (the judge said) was attributable to the prior assault sentence.

Applying due process principles under Montana state law as well as United States v. Lovasco (1977), the Montana Supreme Court ruled that the sentencing delay here was “unacceptable” but not purposeful, and that Betterman’s claims of prejudice were “speculative” and not substantial. Thus there was no due process violation — and the Sixth Amendment (and the arguably stricter speedy trial analysis of Barker v. Wingo (1972)) did not apply.

Both sides now argue that they should win under either analysis: the Speedy Trial or the Due Process Clauses. Montana argues that no violation is made out on these facts under either analysis, while Betterman argues that he should win under both. Meanwhile, there is a theoretically significant difference between the two analyses: Lovasco and Marion (due process) require “actual” and “substantial” prejudice to the defendant from delay; while Barker and Doggett (speedy trial) do not require “affirmative proof of particularized prejudice” once an unreasonable and unjustified delay is shown. If the Justices are interested in the subsidiary “as applied” questions – and again, I think they will want to settle this case finally rather than prolong it on remand – we might expect some relatively detailed fact questions on both sides.

“Clean” constitutional cases like this one are relatively rare, and they can provide a relaxing intellectual “break” from the complex statutory and doctrinal cases the Justices spend much of their time on these days. So it may not be surprising to see some Justices actively engaged and having “fun” at argument on this one. But I am betting that while they may possibly be divided, they will not find it difficult or bitter to decide.