Argument preview: When must a prosecutor-turned-judge recuse from a capital case? 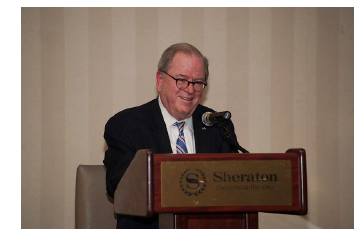 Can a prosecutor first approve a capital-punishment charge and then, after becoming a judge, adjudicate the defendant’s claim that the prosecutor’s own office had engaged in misconduct? That question is at the core of Williams v. Pennsylvania, which the Court will hear next week. The case will likely be a narrow win for the defendant. But the case is interesting in part because a narrow, formal result isn’t entirely satisfying. Though the emerging constitutional law of recusal has focused on relatively extreme cases, the underlying logic of those decisions could be more broadly applicable – potentially reaching even the Justices of the U.S. Supreme Court.

Let me start with a somewhat simplified account of this complicated case. As a teenager, Terrance Williams committed two homicides in Philadelphia. After the second homicide, which occurred when Williams was eighteen, Williams received the death sentence that is the source of the case now before the U.S. Supreme Court. The sentencing jury found two aggravating circumstances: that the murder was committed during a robbery and that Williams had a significant history of violent felony convictions.

At the second trial, Williams had pleaded innocence of murder and denied knowing the victim. But years later, Williams challenged his sentence on the ground that the victim had sexually abused him. Further, Williams contended that prosecutors were aware he had been sexually abused – but withheld that information while making contrary statements to the court. Williams prevailed on state collateral review, with the court holding that exculpatory evidence had been suppressed in violation of his Brady rights. The case then reached the Supreme Court of Pennsylvania.

That leads to the other key figure in this story: Ronald Castille. At the time of Williams’s crime, Castille was the district attorney of Philadelphia, an elected position overseeing hundreds of employees. When trial prosecutors sought permission to seek the death penalty against Williams, they drafted a memorandum to Castille describing the case in some detail, along with their reasons for concluding that capital punishment was appropriate. Castille responded with a handwritten note that read in part: “Approved to proceed on the Death Penalty.”

This case raises two related questions: did the Constitution require Castille to recuse from the case, and if so, what remedy should Williams obtain?

To a great extent, this case is a sequel to the Court’s 2009 decision in Caperton v. A.T. Massey Coal Co., in which the Court held that due process can require the recusal of a judge when there is a probability of actual bias. In Caperton, the risk of bias stemmed from the fact that a judge had heard a high-value civil case involving his largest campaign contributor and supporter. The Court made clear that it had found a due-process violation based on objective circumstances, without impugning the judge’s subjective belief of impartiality. We might view this case as the flip side to Caperton: instead of being biased in favor of a particular party, Castille might have been biased against one.

But this case and Caperton are different in many other ways, leaving the parties to joust over the bias question. Perhaps most saliently, Pennsylvania argues there isn’t really a significant risk of bias, since Castille’s involvement in the case was relatively limited and so long ago. Castille has denied a number of recusal requests over the years, raising the possibility that he viewed them as pro forma efforts to frustrate his participation in cases. Williams counters that work on a specific case is normally thought to be a permanent bar to adjudicating that case, making Castille’s conduct aberrant by national professional standards.

Williams also intimates that, in a loose sense, Castille himself was actually “on trial,” since Williams had alleged misconduct in Castille’s former office. On the assumption that the buck stops with the district attorney, Williams was in effect accusing Castille of wrongdoing. So the alleged judicial bias didn’t stem exclusively from Castille’s one-sentence note approving capital charges: it also stemmed from Castille’s potential sense that he had to stick up for his former office, his past colleagues, and even for himself. Put another way, Castille was acting as a judge in his own case – a classic ethical no-no.

The parties also raise separate arguments going to the question of remedy. Williams asks for a remand so that the Pennsylvania Supreme Court can review the case afresh, without being unduly influenced by Castille. The state responds that, after Castille retired, his colleagues still denied Williams’s request for reconsideration – so Williams has in a sense already gotten a fair hearing before a Castille-free tribunal. But in making that response, the state seems to overlook that motions for reconsideration aren’t normally a substitute for plenary review in the first instance, perhaps in part because of another kind of bias: judges who have publicly ruled one way may be hesitant to change course.

The state also argues that the logic of Williams’s position would, if taken seriously, lead to an intolerably broad remedy. Since Castille’s vote wasn’t necessary to reject Williams’s appeal, Williams is forced to argue that Castille’s participation in the Pennsylvania Supreme Court’s secret deliberations may have tainted the court’s entire decision-making process. The state responds that, if that were really true, then the remand that Williams wants wouldn’t actually be an effective remedy. After all, the state court judges who heard whatever Castille had to say during secret deliberations may still remember what he said. It may therefore be hard for them to view the case entirely afresh. The state’s arguments that a remand would be an imperfect remedy have considerable force – though it’s hard to find a better option. And the Court’s decision to grant certiorari suggests that it is prepared to provide at least some relief.

Stepping away from the parties’ arguments, we might try to imagine other, more creative ways of affording Williams relief. One option would be for the Pennsylvania Supreme Court to be entirely recused from the case, thereby rendering the lower court’s decision final. Or perhaps Pennsylvania could have the option of transferring appellate review to another one of its courts. The U.S. Supreme Court might even assign itself the burden of reviewing the merits of the underlying misconduct claim whenever it finds an unconstitutional risk of bias in lower courts, at least in capital cases. Sensing that the Court might want to evaluate the strength of Williams’s allegations of governmental misconduct, Williams devotes extensive briefing to the issue, and the American Civil Liberties Union devotes an entire friend-of-the-court brief to that subject.

It’s hard to say whether this case will be a consequential decision. From one standpoint, the Court is likely to rely on the specific facts at issue, leading to a narrow ruling. Adopting a similar approach, Caperton found a violation “on all the facts” before the Court. And even if Williams obtains a remand, he might well lose again in the Pennsylvania Supreme Court. From another standpoint, however, this case could cast a long precedential shadow. Many judges have previously served at high levels of government and so have come into contact with large numbers of cases. After this case, we might see more recusal motions – and, perhaps, more recusals – in cases that call back to a judge’s prior career. That trend might especially favor criminal defendants.

But don’t expect the U.S. Supreme Court to go too far in demanding that judges recuse. To see why, imagine how the case would be different if Castille hadn’t actually signed off on the capital charge but had instead delegated that task to a trusted subordinate. Those facts would be less compelling – yet the case would still have been handled in Castille’s former office, by his past colleagues, and in pursuit of policy goals that he had personally and politically championed. But if taken too far, that kind of logic would curtail the U.S. Supreme Court Justices’ own ability to serve on important cases, since they also often encounter recusal issues related to past governmental service. Perhaps most famously, Chief Justice John Marshall wrote Marbury v. Madison, even though he had participated in the executive-branch actions under review – while simultaneously serving as both Chief Justice and Secretary of State.

While it’s safe to say that no current Justice has pushed the ethical envelope in the way that Castille or Marshall did, all the Justices will likely be asking how a ruling for Williams would affect their own ability to hear cases.