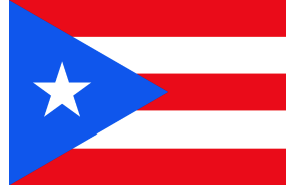 Puerto Ricans have much on their mind these days — like $73 billion in debts that they cannot pay.  That is an issue the Supreme Court will get to later in the Term.  But, next week, on Wednesday, its government leaders will be asking the Justices for something bigger than financial rescue: nothing less than the freedom to govern themselves (a plea, by the way, that many on the island do not support).

At issue in Puerto Rico v. Sanchez Valle, according to lawyers for its government, is whether Puerto Rico is truly a master of its own destiny, or has not yet gained the right to stand alone and thus remains a dependency of the U.S. Congress.  True sovereignty is what they say they want.

This case is not about statehood.  If that were the current government’s goal, a form of sovereignty — somewhat diluted, as is the sovereignty of America’s fifty states — would go with that status.  The island’s nearly four million people have debated for decades whether to seek statehood, and they still cannot agree whether to try for it.

The island now has the legal status of a commonwealth, but it has some attributes of self-governance: it adopted its own constitution more than six decades ago, and its legislature has the power to pass laws that govern the island — laws that no longer need to be ratified by Congress.  But that is as far as it should be allowed to go at this point, the federal government argued as recently as last week, when it filed a brief in this case.  To go further, it added, Puerto Rico must either become a U.S. state or become an independent nation, neither of which seems imminent.

Whatever the novel status of “commonwealth” means, Puerto Rico’s current constitutional status is technically that of a U.S. territory, subject to Congress’s oversight under the Territory Clause of Article IV — which provides that “Congress shall have power to . . . make all needful rules and regulations respecting the territory . . . belonging to the United States.”  In a somewhat troubling sense, that clause treats the U.S. territories as “property” of the national government.

The controversy over its status has now reached the Court at a lofty level: lawyers for its current government call this “the most important case on the constitutional relationship between Puerto Rico and the United States” since the island’s people put into effect their own constitution in 1952.

But below that historic stature, the case is a simple one of punishing two Puerto Ricans for violating the island’s gun laws.  In September 2008, local prosecutors separately charged Luis Sanchez Valle and Jaime Gomez Vazquez with selling a gun without a license.  Before either one went to trial on those charges, federal prosecutors acting independently charged the two men under federal laws similar to the island statutes.

Both men then separately turned to Puerto Rican courts, asking that the local charges be dismissed because, they argued, the charges violated the Fifth Amendment ban on “double jeopardy” — that is, the ban on being tried more than once for the same crime.  The trial judges in each case agreed and dismissed the local charges.

The theory was that the U.S. Supreme Court had ruled that it does not violate the “double jeopardy” clause if two different “sovereigns” prosecute under their own laws, but two entities that are part of the same “sovereign” cannot prosecute independently of each other.  The trial judges thus ruled that Puerto Rico is not sovereign, but only a part of the United States’ national sovereignty, forbidden to conduct multiple trials of the same crime.

A middle-level Puerto Rican court, the Court of Appeals, overturned those rulings, declaring that it was bound by a 1988 decision of the Puerto Rico Supreme Court — in the case of People v. Castro Garcia — that Puerto Rico is a separate “sovereign” entity, at least for purposes of double-jeopardy analysis, thus reinstating the charges against the two men.

The two men then turned to the Puerto Rico Supreme Court, which ruled in a four-to-three decision that Puerto Rico is not a separate sovereign entity but is a part of the sovereign United States.  The majority overturned the 1988 decision, even while noting that the new ruling conflicted with the opposite view of Puerto Rican sovereignty declared in 1987 by the U.S. Court of Appeals for the First Circuit — the federal court that hears appeals in federal cases originating from Puerto Rico.

The island’s government then took the case on to the Supreme Court, raising the single issue of whether Puerto Rico is separately sovereign.  The island court was wrong, the Puerto Rican government contended, in concluding that Puerto Rico’s authority to pass laws comes from authority delegated by Congress, rather than authority given to its legislature by the island’s people under their own constitution.

The two men opposed Supreme Court review, making two points.  First, they contended that the conflict between the Puerto Rico Supreme Court and the First Circuit may have been weakened by recent developments, so the First Circuit should have a chance to work out where it now stands.  Second, the men urged the Justices to avoid getting involved in “the swirling political debates over Puerto Rico’s constitutional status.”

The Justices agreed on October 1 to decide the case.

The Puerto Rico government’s merits brief is mainly devoted to distinguishing between the extent of the authority that one government entity has over another and the source of authority for enactment of laws in each.  The Puerto Rico Supreme Court came up with the wrong answer, the government argued, because it asked the wrong question: federal power over Puerto Rico under the Territory Clause.

Since 1952, the filing contended, Puerto Rico’s laws come from its people in an act of sovereignty, conferred on them when they adopted their own constitution in 1952 in response to Congress’s invitation to do so.  At least for purposes of interpreting the Double Jeopardy Clause, it said, the Court has always focused on whether a government entity has the authority to enforce its own laws.

“There is no way,” the government’s lawyers contended, “to characterize the Puerto Rico Constitution as an act of Congress.”  Indeed, it noted, that basic document declares that Puerto Rico’s “political power emanates from the people and shall be exercised in accordance with their will.”  It created three departments of government and specifies that each is “subordinate to the sovereignty of the people of Puerto Rico.”

The brief on the merits for Sanchez Valle and Gomez Vazquez emphasized that Puerto Rico is, no matter what happened in 1952, still a territory under Article IV and said that history shows that U.S. territories, unlike the states, have never had their own sovereignty.  A territorial government, when it exists at all, does so only by Congress’s creation.

The two men asserted that, if the actual history of what happened in the 1950s is examined closely, it is clear that it “constituted a delegation of power to Puerto Rico, not an establishment of sovereignty. . . .  The ‘ultimate source of the power’ exercised by Puerto Rico is the United States.”

“This case,” the men summed up, “begins and ends with an unbroken line of cases from this Court, dating back over a century, holding that under the Double Jeopardy Clause, states are sovereign, and territories are not.”

There are only a handful of amicus briefs, all filed in opposition to sovereignty for Puerto Rico.  Lawyers’ groups from Puerto Rico and the Virgin Islands, as well as current and former officials of the Puerto Rican government, are on that side, as is the Florida organization for criminal defense lawyers.