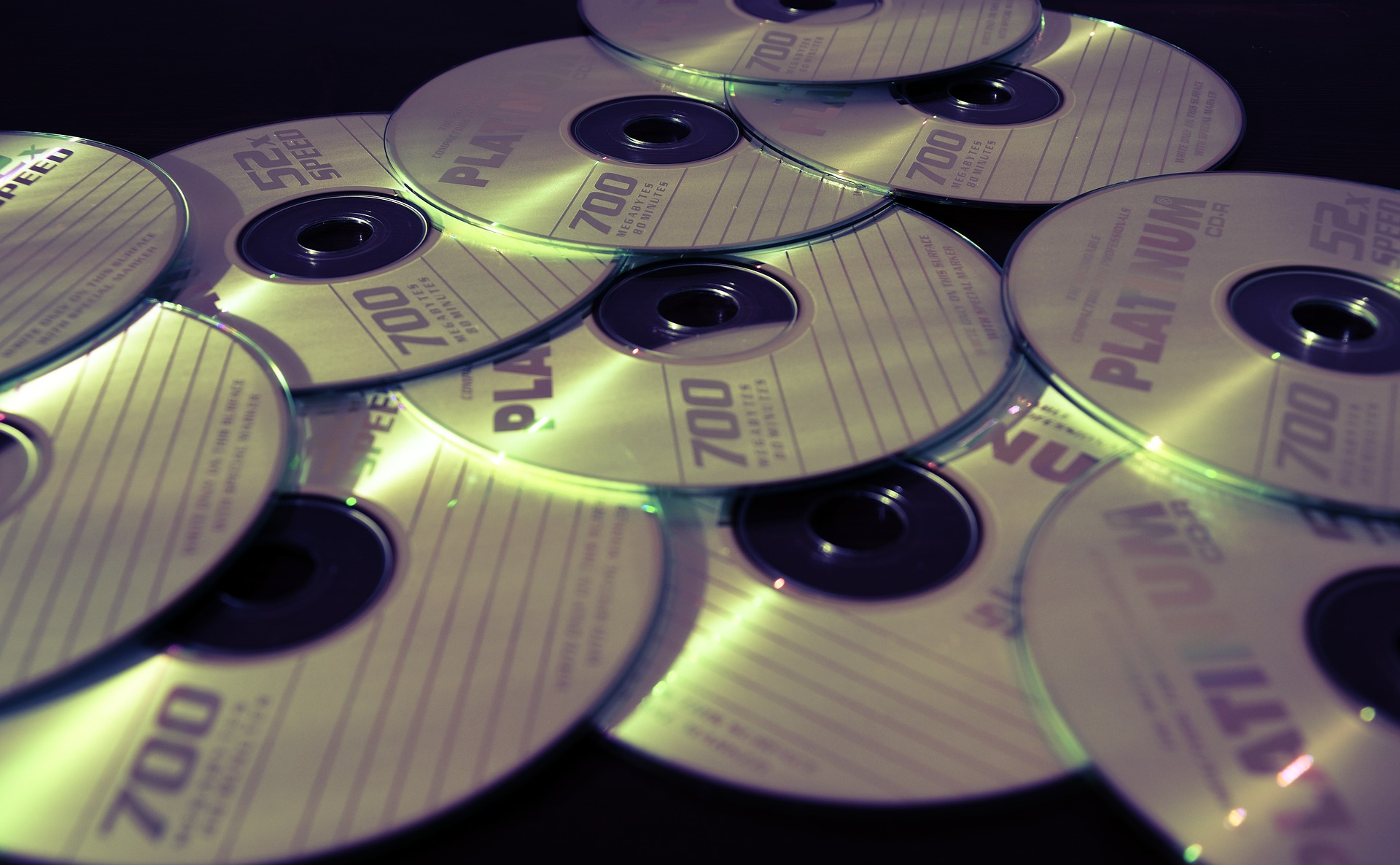 Next Tuesday’s argument in Lockhart v. United States promises to be a prime-time event for statutory interpretation geeks. Indeed, one could tout this as “The Battle of the Canons” – the exchange of volleys between two venerable canons of statutory construction. When the last shot is fired, it would not be shocking to see the rule of lenity decide the case.

The petitioner in the case is Avondale Lockhart, who pleaded guilty in federal court to one count of possessing child pornography after being ensnared in a federal sting operation and now challenges his ten-year mandatory minimum sentence enhancement for a prior state conviction. He argues that his prior conviction, for attempted rape of his adult girlfriend, does not count under the mandatory minimum sentencing provision of 18 U.S.C. § 2252(b)(2) because that provision only covers prior state-law convictions “involving a minor or ward.” The federal government – and the Second Circuit panel that affirmed Lockhart’s sentence – insist that the provision covers all state-law convictions for “sexual abuse,” whether the victims are minors or adults.

The statutory text at the heart of this case states, in pertinent part (with italics added):

Whoever violates [the federal possession-of-child-pornography law] shall be fined under this title or imprisoned not more than 10 years, or both, but . . . if such person has a prior conviction under this chapter, chapter 71, chapter 109A, or chapter 117, or under section 920 of title 10 (article 120 of the Uniform Code of Military Justice), or under the laws of any State relating to aggravated sexual abuse, sexual abuse, or abusive sexual conduct involving a minor or ward . . . such person shall be fined under this title and imprisoned for not less than 10 years nor more than 20 years.

Lockhart argues that the so-called “series qualifier” canon compels the reading that all three phrases are limited to convictions involving minors or wards: the three phrases constitute a “single, integrated list of closely related, parallel, and overlapping terms.” Furthermore, the minor-or-ward qualifier “makes sense” with all three of the phrases. Thus, argues Lockhart, this interpretation comports with ordinary English syntax and usage.

The government urges a different canon of statutory construction: the “rule of the last antecedent.” Under this rule, “a limiting clause or phrase should ordinarily be read as modifying only the noun or phrase that it immediately follows.” Because “involving a minor or ward” immediately follows “abusive sexual conduct,” it should be read as limiting only that phrase and not the two previous phrases, the government argues. This reading is especially apt, the government contends, because there is no comma separating “abusive sexual conduct” from “involving a minor or ward.” If Congress had put a comma there, it would have signaled that the qualifier applied to all three of the preceding phrases – but Congress chose not to do that.

The government attacks Lockhart’s invocation of the series-qualifier canon. If the Court were to read all three phrases as limited to convictions involving minors or wards, then state-law sex convictions would be treated differently than federal sex convictions. Among the listed federal statutes that qualify for the mandatory minimum enhancement, some of them cover sex crimes against both adults and minors. Yet Lockhart’s interpretation would limit state-law convictions to those involving minors or wards. The Second Circuit panel which affirmed Lockhart’s sentence was persuaded by this argument.

The government also attacks the application of the “series qualifier” canon by wheeling out yet another canon of statutory construction: a court should not interpret part of a statute in a way that renders another part redundant. This “surplusage” canon would be violated by Lockhart’s position, insists the government, because if the phrases “sexual abuse” and “abusive sexual conduct” are both limited to minors or wards, then they say exactly the same thing. There is no difference between sexual abuse and abusive sexual conduct, unless one of them is limited in a way that the other isn’t, according to the government.

Perhaps so, Lockhart counters, but the government’s reading creates redundancy as well. If only “abusive sexual conduct” is limited by the minor-or-ward clause, then it becomes a fully included subset of “sexual abuse.” In other words, all convictions for abusive sexual conduct involving minors or wards necessarily also constitute convictions for sexual abuse. The “surplusage” canon thus becomes a weapon for both sides, and therefore for neither.

Lockhart also refutes the conclusion of the government (and Second Circuit) that the “series qualifier” canon cannot apply here because it would create the anomaly that some federal sex convictions qualify for enhancement regardless whether they involve minors, yet no state sex convictions qualify unless they involve minors. This should not be surprising, argues Lockhart, because Congress intended to treat federal and state sex convictions differently based on the age of the victimes. Section 2252(b)(2) “has included a recidivist enhancement for certain federal convictions – but not state convictions for the same conduct – since the statute’s enactment in 1978,” Lockhart notes. Interestingly, however, Lockhart offers no explanation for this disparity, which perhaps raises the question why the Court should assume that Congress intended that disparity for the particular group of cases involved here.

Lockhart’s path to victory may be to fight to a draw on the canons debate and to fall back on the rule of lenity. That strategy didn’t work in the Second Circuit, which concluded that the “series qualifier” and “last antecedent” canons more or less cancelled each other out, but then ultimately sided with the government based on the rationale that there should be some symmetry between the parameters for federal and state sex convictions. Although the panel acknowledged that “there is some logic” to Lockhart’s argument that the statute already contains some asymmetry between federal and state sex convictions based on the age of the victim, it was not persuaded to side with the principle of asymmetry over the principle of symmetry (again, perhaps because Lockhart never articulated a theory of why Congress sometimes apparently prefers asymmetry). The Second Circuit thus found no room for the application of the rule of lenity.

Still, three other circuits – the Sixth, Eighth, and Tenth – have concluded that the clause “involving a minor or ward” limits all three phrases in the provision. Two of these decisions may have been un- or under-reasoned, but – especially when viewed alongside the Second Circuit’s acknowledgement that the battle of the canons is indecisive – they must give Lockhart real hope that the Supreme Court will not find the “last antecedent” argument a knockdown winner. Given that even the Second Circuit found “some logic” to Lockhart’s argument that the statute will contain some federal-state asymmetry no matter how the Court rules in this case, the “symmetry” argument may not produce a knockdown blow either.

As is so often true at oral argument, one would do well to watch Justice Antonin Scalia. His fondness for and mastery of the canons of statutory interpretation are well known, and the book that he co-authored with law language guru Bryan Garner – Reading Law: The Interpretation of Legal Texts – makes an obligatory appearance in the briefs. It would be surprising if he did not have strong opinions about the applications of the “last antecedent” and “series qualifier” canons here.

Finally, as is often true, one should watch Justice Anthony Kennedy. Lockhart argues that the rule of lenity is particularly apt in cases involving mandatory minimum sentences, which have helped lead to an historic high in the federal prison population. Given his recent public criticism of the criminal justice system in general, and of mandatory minimum sentences in particular, he might find the rule of lenity a winner should the battle of the canons result in a draw.