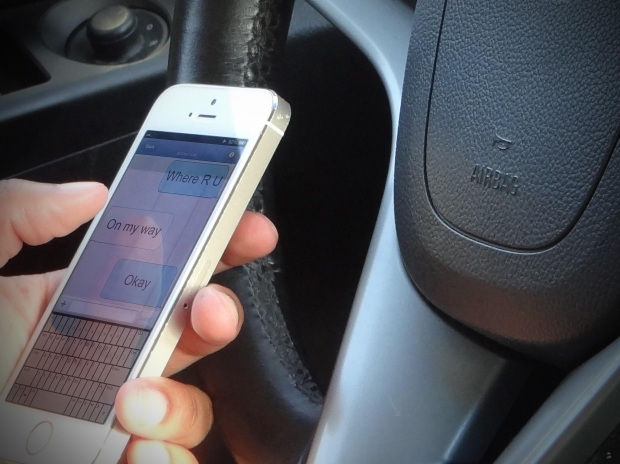 Campbell-Ewald Co. v. Gomez is one of those cases in which the Court confronts an issue of great significance, but well might avoid the issue in the course of decision.  The issue is so simple it is surprising there is no answer: if a defendant offers to pay the plaintiff everything the plaintiff could get if the plaintiff wins, does the plaintiff have to take “yes” for an answer? Phrased that way, you might think “yes” is the obvious response.  But if that is correct, then class action defendants have an easy way to avoid class certification by simply picking off the named plaintiffs as they appear.  Moreover, as if that were not enough to fill the argument slot, the same case also will consider the extent to which the government’s broad sovereign immunity extends to government contractors, the so-called “derivative sovereign immunity” doctrine.

I’ll start first with the class action question.  To understand the specific problem that confronts the Court, some history is necessary.  Two years ago, the Court heard arguments in Genesis HealthCare Corp. v. Symczyk, a Fair Labor Standards Act collective action (much like a class action) in which the lower court had held that an offer of settlement which mooted all of the only plaintiff’s claims did not moot the case as a whole.  The lower court had concluded that the plaintiff’s interest in pursuing relief on behalf of the other potential plaintiffs was enough to maintain an Article III controversy.  The biggest problem for the defendant was a 1980 decision (Deposit Guaranty National Bank v. Roper), in which the Court had held that a plaintiff whose own claim was moot nevertheless could continue his pursuit of an appeal challenging the denial of class certification. Seeking strenuously to avoid the decision of that question, the plaintiff, joined by the government as an amicus, argued that the offer of settlement in fact had not mooted the plaintiff’s individual claim; if that were so, then the case would not present the question on which the Court granted review.

Writing for a bare majority of five, Justice Clarence Thomas ruled for the defendant in a succinct and matter-of-fact opinion, holding that Article III does not contemplate a case with no plaintiff; the possibility that other plaintiffs might come along later is not enough to keep the case alive.  The opinion mentioned in a footnote that the mootness of the claim of the named plaintiff was not an issue before the Court because her claim had been conceded as moot in the district court, the court of appeals, and in the response to the petition.  Justice Elena Kagan, by contrast, writing for a group of four dissenters, addressed only the claim of individual mootness; in her view, an unaccepted settlement offer can never make a case moot.  Accordingly, the four dissenters would not have reached the merits, but would have affirmed on the basis that the plaintiff’s claim in fact was not moot.  In sum, what Genesis gives us is a five-to-zero vote that a representative action cannot survive mootness of the claim of the named plaintiff and a four-to-zero vote that an unaccepted offer of settlement cannot moot the claim of the named plaintiff.

Campbell-Ewald brings that second question squarely before the Court.  The case involves a class action under the Telephone Consumer Protection Act, which prohibits a wide variety of formerly common telemarketing activities; the statute provides for statutory damages of $500 but not attorney’s fees.  Promptly after receiving the complaint, the defendant – petitioner Campbell-Ewald Co. – made an offer of relief of $1500, three times the statutory damages that respondent Jose Gomez (the named plaintiff) would receive if he ultimately prevailed.

The question whether that offer is enough to vitiate Gomez’s claim raises foundational questions about class actions.  From the perspective of defendants (in class actions or otherwise), it is crucial that there be some way to end litigation.  If the defendant wishes to concede and to pay a full recovery, hasn’t the purpose of the lawsuit been completely served?  The point is put most elegantly in an amicus brief from the Consumer Data Industry Association:

Suppose that James Madison, having been sued by William Marbury, had relented and delivered to Marbury his commission.  Suppose further that Mr. Marbury had shut his door and refused to accept it, announcing to the Secretary of State that instead of having his injury redressed in full, he was more interested in hearing the Supreme Court expound on the issue of judicial review, and in ensuring that commissions not be illegally denied to other Federalists.  Would Chief Justice Marshall have humored Mr. Marbury’s academic interest in hearing the Court “say what the law is”?

It is easy to quibble about the details – should the result of the settlement be a direct dismissal of the action or instead entry of judgment in favor of the objecting plaintiff – but Campbell-Ewald (represented by former Solicitor General Greg Garre) has a powerful argument that the business of courts is resolving “real” disputes between parties before the Court.  It is safe to expect the argument to be appealing to the Justices who were in the majority in Genesis (in addition to Thomas, Chief Justice John Roberts and Justices Antonin Scalia, Anthony Kennedy, and Samuel Alito).

Having said that, we know from Genesis that four of the Justices find Campbell-Ewald’s argument unconvincing.  So all that the plaintiff has to do is persuade one of the five Justices in the Genesis majority to accept his view on this question – which the Genesis majority explicitly left open.  The central strategy chosen by Jonathan Mitchell (the former Solicitor General of Texas, representing Gomez) is to pound repeatedly on various logical difficulties of Campbell-Ewald’s position.  Most obviously, if the offer itself moots the case, then how can the court enter judgment at a later date?  Similarly, how can a settlement offer that is rejected be binding as a resolution of the case; a rejected contractual offer has no binding effect, even on the offeror.  Again, there is something deeply unsettling about a district court forcing acceptance of an offer by entering judgment in favor of the objecting plaintiff.

Any Justice with a will to do so obviously could sweep all of those formalistic issues aside; Campbell-Ewald suggests that even after a case becomes moot a court can take “non-merits-based steps” to clear the docket in a manner “consonant to justice” (quoting an earlier decision on the effects of mootness).  The dissenters, though, are surely motivated by what is actually at stake: the ability of defendants to undermine the effectiveness of class relief by paying a pittance to pick off class representatives one after another.  The question for the argument will be whether any member of the Genesis majority finds that concern compelling.

If that is not enough to spark interest, I mentioned above that the case also involves the wholly separate question of derivative sovereign immunity.  Campbell-Ewald was a government contractor assisting the Navy in recruiting.  In the course of its activities, the Navy sent a message to a list of individuals provided by Campbell-Ewald.  It appears likely that the list mistakenly included individuals who had not agreed to receive such messages; Gomez’s suit is on behalf of all such individuals.

All agree that the Navy is categorically immune from such an action.  Campbell-Ewald seeks “derivative” immunity.  It relies heavily on a pre-World War II decision (Yearsley v. W.A. Ross Construction Co.) granting such immunity to a contractor sued under state law in connection with a public works project.  Campbell-Ewald argues that Yearsley compels recognition of immunity.  Gomez, by contrast, contends that immunity from state-law claims makes sense as a matter of preemption, but immunity from federal law claims is something entirely different.  The general statutory grant of immunity to federal employees, for example, does not extend to violations of federal statutes.

The United States (as an amicus) weighs in and agrees (no surprise) that it is absolutely protected, but it argues that the contractor should be immune only if the Navy had delegated to Campbell-Ewald the Navy’s “privilege” to make calls otherwise barred by the TCPA.  Because the Navy did not delegate that privilege – but rather required in the contract that Campbell-Ewald comply with all applicable federal laws – the federal government urges that Campbell-Ewald should receive no immunity.

It is difficult to gauge the Court’s reaction to this problem.  Because its decisions in the area of contractor immunity are on the one hand rare and on the other decidedly non-textual – witness Scalia’s opinion in Boyle v. United Technologies – the Justices have a relatively free hand here to fashion such immunity as they deem appropriate.  To my mind, the arguments are so closely balanced that it is difficult to predict what they will think.  My best guess is that they will regard the class action questions as so important that they will turn to the immunity question largely as an afterthought.  The argument, of course, will tell us more about that.

Posted in Merits Cases, Everything Else