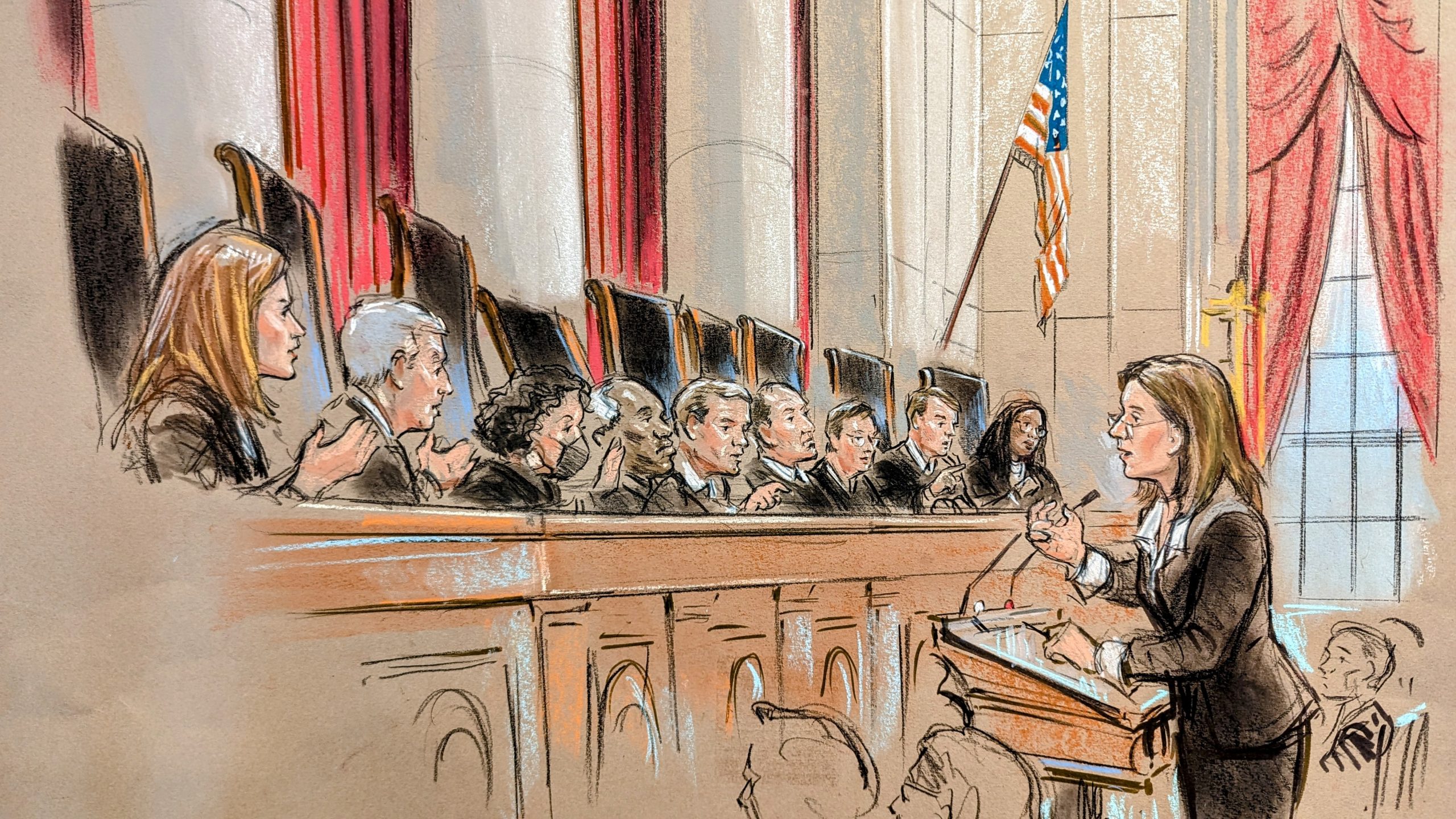 The Supreme Court heard oral argument on Tuesday in the case of a Turkish bank that the U.S. government accuses of committing money laundering and fraud as part of a scheme to evade U.S. sanctions against Iran. During over 90 minutes of debate, the justices appeared skeptical of the bank’s contention that federal laws bar the government from prosecuting the bank, but they also expressed concern about the consequences of allowing the prosecution to go forward.

Halkbank, whose majority shareholder is the Turkish government, was indicted in 2019 on charges that it had participated in a multi-year scheme to launder billions of dollars stemming from the sales of Iranian oil and natural gas. In the Supreme Court on Tuesday, lawyer Lisa Blatt told the justices that allowing criminal prosecutions of foreign countries and their publicly owned businesses would be “unprecedented” and would “risk retaliation” by other countries against U.S. entities.

The Foreign Sovereign Immunities Act, which generally bars lawsuits against foreign governments in U.S. courts, Blatt continued, does not apply solely to civil lawsuits. It also prohibits criminal cases against foreign countries, she said. A ruling that the FSIA only confers immunity in civil lawsuits, Blatt suggested, would mean that Congress “created special guidelines for civil suits, but threw sovereigns to the wolves” for criminal cases.

Representing the federal government, Deputy Solicitor General Eric Feigin countered that it is the bank, rather than the government, which is “asking for an extraordinary and unprecedented rule.” A ruling for the bank, Feigin posited, would allow foreign governments to use state-owned corporations to interfere with U.S. elections, steal nuclear secrets, and circumvent sanctions, even though there is no support for such a broad grant of immunity to foreign-owned corporations. 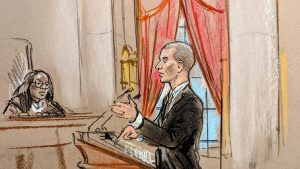 The justices spent relatively little time on the question whether, as the federal government contends, criminal prosecutions of foreign states are allowed under a separate federal law, 18 U.S.C. § 3231, that gives federal district courts power to adjudicate “all offenses against the laws of the United States.” The bank’s argument that Congress intended in the FSIA to strip U.S. courts of jurisdiction over foreign countries also received little airtime.

Instead, the justices focused on the possible consequences of their decision – and, in particular, the prospect that a ruling in the government’s favor could open the floodgates for U.S. states to bring criminal charges against foreign countries, with the federal government powerless to stop them.

Justice Neil Gorsuch was one of the first justices to voice this concern, worrying aloud that states could launch prosecutions in a wide range of scenarios, such as against China for its role in the spread of the COVID-19 virus.

Justice Sonia Sotomayor raised a related concern: the possibility that rogue federal prosecutors could bring criminal charges against foreign governments. Feigin sought to reassure Sotomayor and her colleagues that such a scenario would be unlikely. It is “well understood,” he said, that federal prosecutors would need to obtain permission from more senior officials in the executive branch before indicting a foreign government.

Justice Amy Coney Barrett inquired about the need to prosecute foreign countries when criminal charges can be and are brought against the individuals responsible for the criminal conduct at the core of those charges. What are the additional benefits, she asked, from going after the bank in this case, when bank officials have also been indicted?

Feigin noted that in some cases, the individuals responsible for criminal conduct are “beyond our reach” – for example, because a foreign country will not extradite them to the United States. And criminal charges against a foreign county and its publicly owned businesses can also have a deterrent effect, he observed.

Feign also pushed back against concerns that allowing the charges against the bank to stand will invite retaliation against the United States and U.S. business overseas. “It’s not like we undertook this lightly,” Feigin assured the justices. “We have considered that” question, he continued, “and we’re prepared to deal with it.”

Justice Brett Kavanaugh, who worked in the George W. Bush White House before becoming a judge, was perhaps the most sympathetic to the government’s position. It would be “pretty bizarre for this court to tell the president of the United States,” he told Blatt, that it was placing limits on the executive branch’s ability to exercise its national security powers. He added that if Congress disagrees with the court’s ruling, it can pass new laws to restrict the prosecutions of foreign countries.

Several justices suggested that the court should send the case back to the U.S. Court of Appeals for the 2nd Circuit for it to determine whether, if the FSIA does not shield foreign countries from criminal prosecutions, they might still be immune under principles of international law.

Justice Ketanji Brown Jackson broached a different option: the possibility of returning the case to the court of appeals for it to decide whether the bank is in fact owned by Turkey and therefore entitled to be treated as a foreign country. Both Feigin and Blatt resisted that path: Feigin suggested that courts should defer to the federal government’s determination on that question, while Blatt countered that the federal government had forfeited any argument that the bank should not be regarded as an extension of the Turkish government.

When the argument finally concluded, there was no clear-cut path to victory for either side. A decision is expected by summer.