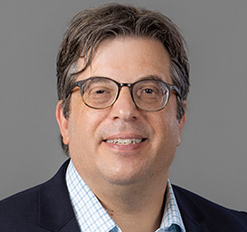 David E. Bernstein holds a university professorship chair at George Mason University’s Antonin Scalia Law School. He submitted an amicus brief supporting Students for Fair Admissions. This article is based on material in his book, Classified: The Untold Story of Racial Classification in America.

Ever since the Supreme Court decided the Bakke case in 1978, enhancing the “diversity” of a school’s student body has been the only permissible rationale for affirmative-action preferences in higher education. Justice Lewis Powell, originator of the diversity rationale, had in mind a college admissions office that wanted to admit applicants who would add racial and ethnic diversity to the crop of musicians, athletes, scholars, artists, actors, and other discrete groups colleges recruit to enhance the college experience. Yet the way colleges use race in admissions today does not match the putative diversity objective.

First, many elite schools try to match their percentage of minority students from various groups with their respective percentages of the applicant pool or other demographic baseline. This seems a lot more like a soft quota than like a sincere attempt to achieve diversity.

Moreover, as David A. Hollinger has pointed out, universities often give little or no consideration to the fact that members of minority groups “may have no interest whatsoever in the culture popularly associated with the group.” An applicant with one Mexican great-grandparent can honestly check the Hispanic box on her college application, but that does not mean that she will bring Hispanic culture with her to the school, or that she is even familiar with that culture.

Both of these problems have been debated in detail in past cases. But there is another, bigger, problem with the diversity rationale that has been largely ignored by courts and litigants: In pursuing diversity, colleges universally rely on racial classifications derived from the Office of Management and Budget’s 1977 Statistical Directive No. 15. These classifications were never intended to be proxies for educational diversity, but rather to create uniform classifications to make government data collection needed for civil rights enforcement and other matters more consistent and coherent. OMB cautioned that the “classifications should not be interpreted as being scientific or anthropological in nature,” and warned that they should not be “viewed as determinants of eligibility for participation in any Federal program,” such as affirmative-action programs.

Nevertheless, the classifications became the standard used in measuring diversity in higher education. No university has ever explained, in litigation or otherwise, why a diversity of students from these specific statistical categories are appropriate proxies for ethnic diversity. Indeed, the relevant official categories — Asian American, Black, Hispanic, Native American, White — are themselves internally ethnically diverse, indeed radically so.

The Asian classification is particularly broad. As Justice Samuel Alito commented in Fisher v. University of Texas at Austin, “it would be ludicrous to suggest that all [students classified as ‘Asian’] have similar backgrounds and similar ideas and experiences to share.” Such a “crude” and “overly simplistic” racial category cannot possibly capture how “individuals of Chinese, Japanese, Korean, Vietnamese, Cambodian, Hmong, Indian and other backgrounds comprising roughly 60% of the world’s population” would contribute to diversity on a college campus.

Chief Justice Warren Burger similarly noted in United Jewish Organizations v. Carey that the White classification also “consists of a veritable galaxy of national origins, ethnic backgrounds, and religious denominations.” The only time a white applicant counts as enhancing diversity is when he has Spanish-speaking ancestors and therefore qualifies as Hispanic. A Yemeni Muslim, Egyptian Copt, Hungarian Roma, Bosnian refugee, Scandinavian Laplander, Siberian Tatar, or Bobover Hasid might add significant religious, ethnic, and cultural diversity to a campus. For campus affirmative-action purposes, however, admissions offices classify them all as generically white per the Directive 15 rules.

Those who qualify for the African American category also are not culturally uniform. A descendant of American slaves who grew up in a working-class, majority-black neighborhood in Milwaukee does not contribute to diversity in the same way as a child of an African diplomat who grew up in toney D.C. suburb, nor as a black-identified applicant with multiracial ancestry who grew up in a small town in Montana. Yet they all fall into the same diversity classification.

The American Indian category, meanwhile, includes everyone from a resident of the Hopi reservation with an unbroken line of Hopi ancestry to an individual who checks that box because his great-great-great grandfather was a Cherokee. Surely, these applicants would make very distinct contributions to a campus’ ethnic diversity. Classifying them both as generic Native Americans obscures those distinctions.

In short, the classifications used by universities to govern their quest for diversity are not tailored, much less narrowly tailored (as required by Supreme Court precedent), to achieve a diverse student body. The Supreme Court should no longer countenance this charade.

An alternative basis for affirmative-action preferences in university admissions is to right historical injustices that have modern reverberations, and to help bring marginalized groups into the American mainstream. The Supreme Court has held that using racial preferences for this purpose is unconstitutional. Nevertheless, there is a way to pursue the remedial goals of many affirmative-action advocates without using race in admissions — universities could limit admissions preferences to African American descendants of American slaves (ADOS) and members of American Indian tribes who live on reservations.

Such a limitation would have two major advantages. First, ADOS and residents of Indian reservations are the two American groups whose ancestors suffered the most by far from state and private violence, oppression, and exclusion, with continuing effects today. Second, while ADOS and reservation-resident status are correlated with racial classification, they are primarily political and historical rather than racial categories. Neither African immigrants nor individuals with few or any ties to an ancestral Native American tribe would qualify. Using these classifications would get the government out of the business of rewarding and penalizing individuals’ racial identity. Universities could be “color-blind,” while retaining the ability to redress the lingering harms from state-sponsored racism without triggering strict scrutiny that applies to racial classifications under the 14th Amendment.